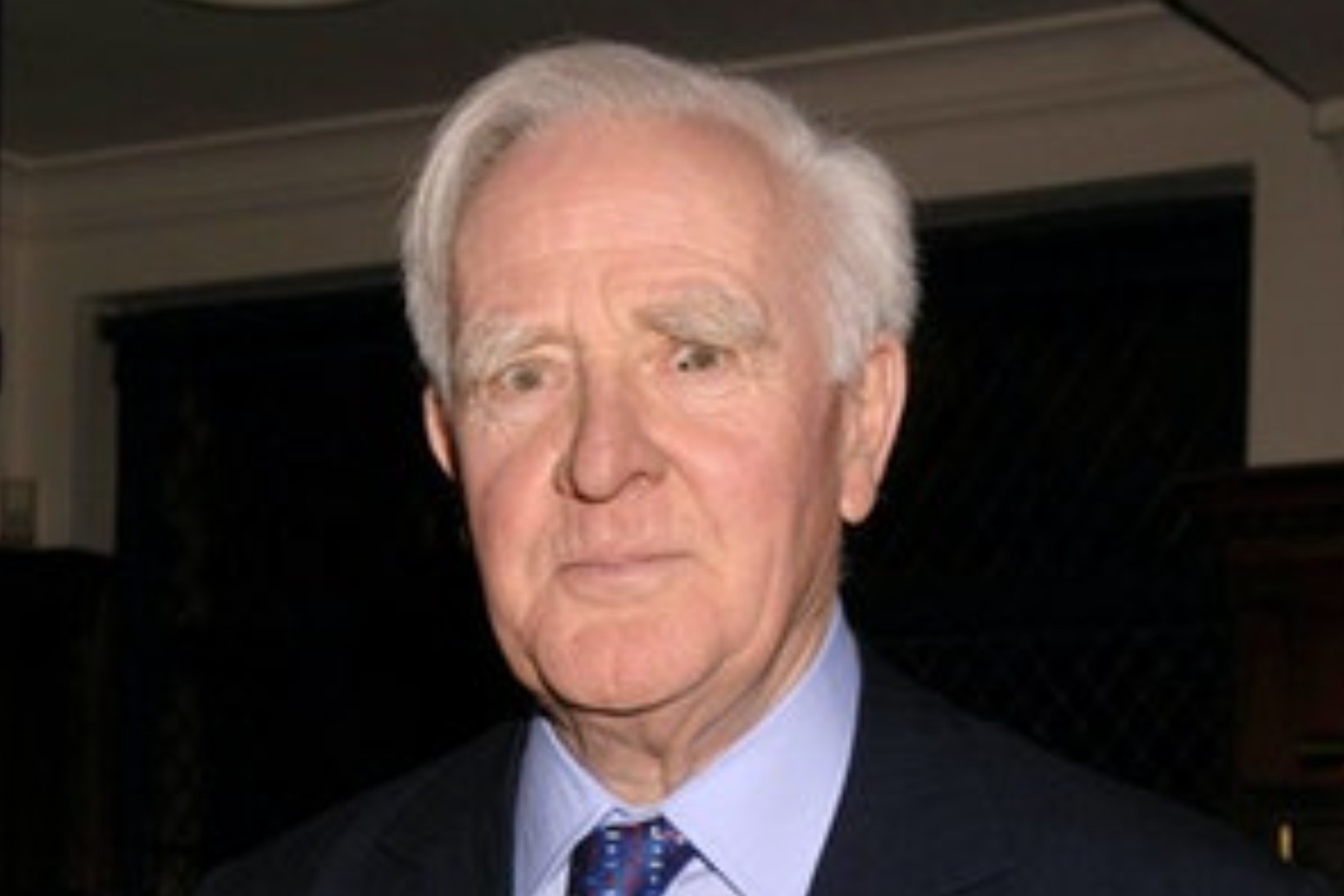 Cold War espionage author David Cornwell, known by his pen name John le Carre, has died aged 89 after a battle with pneumonia. Among his 25 novels were acclaimed best-sellers including Tinker Tailor Soldier Spy, The Spy Who Came In From The Cold, and The Night Manager.

Cornwell drew on his experience working for the British intelligence services including MI6 during the Cold War in his writing, but later in life said he was irked at the extent to which his fiction was portrayed as representing real-world spying.

His most well-known character was the career intelligence officer George Smiley – made even more famous by Alec Guinness in the TV series of Tinker Tailor Soldier Spy.

Born in 1931, Cornwell was first educated at the University of Bern, in Switzerland, where he studied German.

He studied further at Oxford before teaching at Eton, then embarking on his undercover intelligence career, in the guise of a junior diplomat at the British embassy at Bonn, in western Germany.

His first thriller, Call For The Dead, was published pseudonymously in 1961.

Two years later, the publication of The Spy Who Came In From The Cold, a story about an assignment to confront East German Intelligence, brought him world-wide acclaim, and he left the service to pursue writing full time.

Cornwell said his manuscript was approved by the secret service because they “rightly if reluctantly” concluded it was “sheer fiction from start to finish” and posed no security risk.

But he said the world’s press took a different view, deciding the book was “not merely authentic but some kind of revelatory Message From The Other Side”.

Writing in the Guardian in 2013, Cornwell recalled watching it climb the best-seller list with “a kind of frozen awe” which then gave way to a “kind of impotent anger”.

He wrote: “Anger, because from the day my novel was published, I realised that now and forever more I was to be branded as the spy turned writer, rather than as a writer who, like scores of his kind, had done a stint in the secret world, and written about it.”

Cornwell, who turned down literary honours and a knighthood, said in a 2017 US interview he was “so suspicious of the literary world that I don’t want its accolades”, adding: “and least of all do I want to be called Commander of the British Empire or any other thing of the British Empire, I find it emetic.”

He told 60 Minutes: “I don’t want to posture as someone who’s been honoured by the state and must therefore somehow conform with the state, and I don’t want to wear the armour.”

Asked if he considered himself an Englishman, he added: “Yes of course I’m born and bred English, I’m English to the core.

“My England would be the one that recognises its place in the EU. The jingoistic England that is trying to march us out of the EU, that is an England I don’t want to know.”

Cornwell’s literary agent Jonny Geller, of Curtis Brown, said in a statement: “His like will never be seen again, and his loss will be felt by every book lover, everyone interested in the human condition.

“We have lost a great figure of English literature, a man of great wit, kindness, humour and intelligence.

“I have lost a friend, a mentor and an inspiration.”

A statement shared on behalf of the author’s family said: “It is with great sadness that we must confirm that David Cornwell – John le Carre – passed away from pneumonia last Saturday night after a short battle with the illness.

“David is survived by his beloved wife of almost 50 years, Jane, and his sons Nicholas, Timothy, Stephen and Simon.

“We all grieve deeply his passing. Our thanks go to the wonderful NHS team at the Royal Cornwall Hospital in Truro for the care and compassion that he was shown throughout his stay. We know they share our sadness.”

Fellow authors Robert Harris and Stephen King were among those to pay tribute.

Mr Harris told Sky News: “I think he will be one of those writers who will be read a century from now, long after a lot of the rest of us I’m afraid are forgotten. He was a giant.

“He’s one of those writers who… also penetrated popular culture. That’s a great rarity and I’m not sure we’ll see the like of him again.”

Actor Gary Oldman, who starred in Tinker Tailor Soldier Spy, posted a tribute saying Cornwell was “a very great author, the true ‘owner’ of the serious, adult, complicated, spy novel – he actually owned the genre… He was generous with his creativity and always a true gentleman”.

Margaret Atwood tweeted that Cornwell’s Smiley novels were the “key to understanding the mid-20th century”, historian Simon Sebag Montefiore called him “the titan of English literature up there with the greats … in person, captivating and so kind and generous to me and many others”, while Brazilian author Paulo Coelho said: “John Le Carre, you were not only a great writer, but a visionary. Enjoy your new home #Rip.”

Stephen Fry tweeted that “if there is a contemporary writer who’s given me richer pleasure I can’t for the moment name them”, while quiz show host Richard Osman called Cornwell “the finest, wisest storyteller we had”.