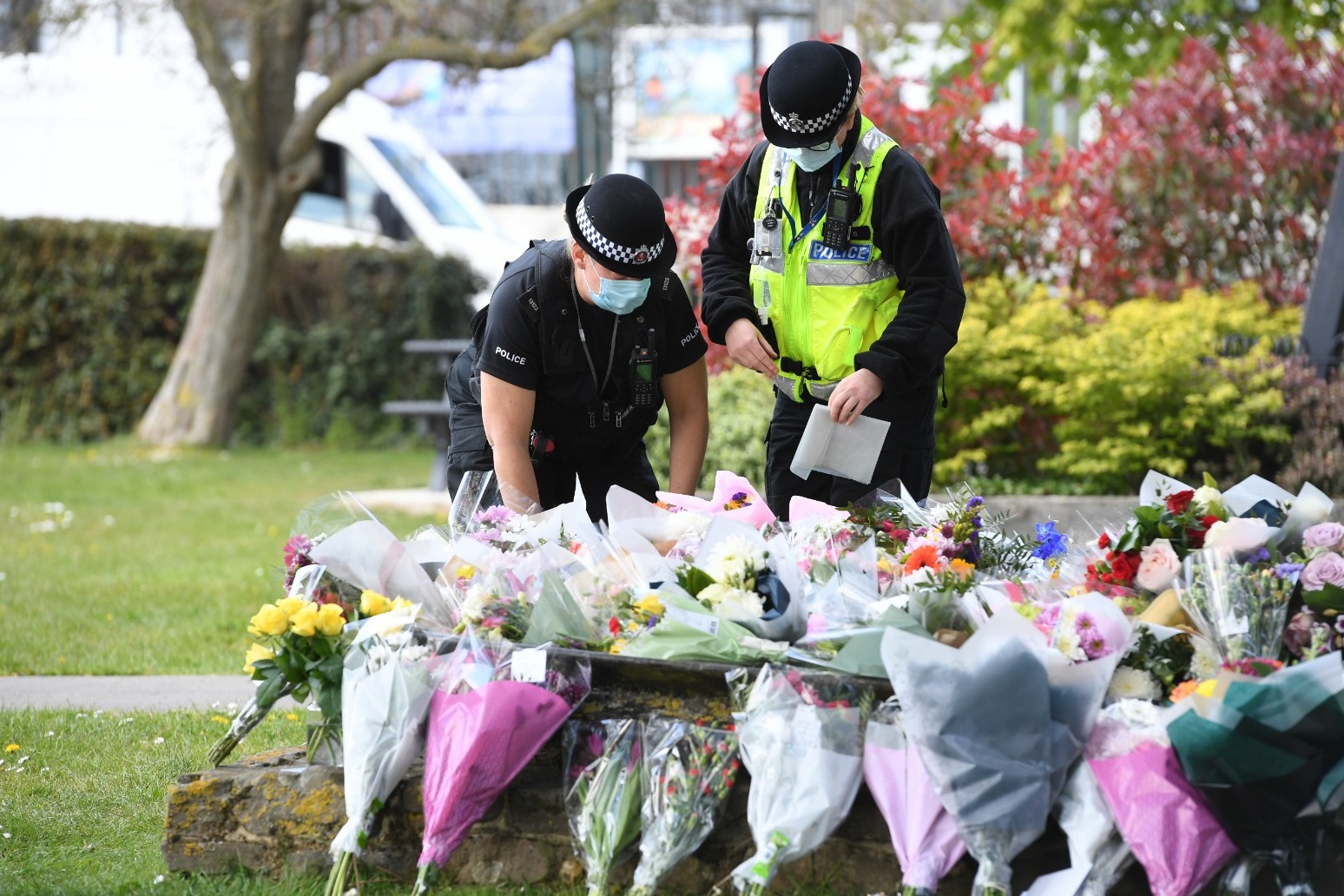 A colleague of murdered police community support officer Julia James has paid tribute to her as a “ray of sunshine” as the investigation into her death continues this weekend.

Ms James, 53, died from serious head injuries while out walking her dog and her body was found in woods close to her home in the village of Snowdown, near Dover in Kent, on Tuesday.

Police have not ruled out that Ms James was killed by a stranger, someone she came across during her work, someone trying to steal her dog, or as part of a sexual assault.

Her body was found just a few hundred yards from her home.

Mourners have been laying floral tributes to Ms James in a park in nearby Aylesham village.

Kelly Adsia, a PCSO from Canterbury, who had come to see the tributes, told the PA news agency: “We are just completely in shock and completely numb and can’t compute it at all.

“We are just trying to focus on the amazing times we had with her, the laughs and the hugs, rather than what happened because that (her killing) dehumanises her.”

Ms James joined Kent Police in 2008 as a crime reduction PCSO and more recently had supported victims of domestic abuse, based at Canterbury police station.

Ms Adsia said: “You can say amazing and wonderful but it is not enough and it sounds like a cliche. When you say that someone is lovely, it makes them sound like she was a wet lettuce and she wasn’t.

“She was so cheeky, funny and naughty. She would walk into the office and we would all be laughing. She was just like a ray of sunshine.

“There are just not the words you can use (to describe her). She was just so wonderful and lovely.”

She added: “She was involved in so many people’s lives. We all know her to a certain extent and we are all looking after each other.

“It is one thing (the police) are all good at, thank God, which is looking after each other.”

“We want to remember her and not what has happened – that is what we want to focus on.

“We are never going to know (what happened) until somebody finds them.”

At a press conference on Friday, Kent Police Assistant Chief Constable Tom Richards urged members of the public to be “vigilant” and “aware of their surroundings”.

Mr Richards would not comment on motive or any potential murder weapon and also declined to say whether detectives had found signs of a struggle.

Mr Richards said the force had not yet identified any suspects and was “keeping all options open” while the killing was investigated.

On Saturday, police officers could be seen searching the verges of the woods where Ms James was found.

A white police tent had been erected nearby.

One tribute to Ms James was addressed “to our beautiful niece Julia”.

It read: “No words can express our sadness. Our family has lost the most beautiful soul. In our hearts always. George and Jane.”

Ms James’s family recalled her “beautiful smile” and “brilliant sense of humour” in a statement on Friday.

“There are no words to adequately describe the void left in our lives by the death of our mum,” they said.

“She was so much to so many people; a wife, mother, daughter, nanny, sister and a friend.

“Mum was fiercely loyal, she loved with her whole heart and nothing was too much trouble for the people she cared about.”

They added: “Her loss will be felt by us every moment of every day. She will be so sorely missed. As a family we are trying to understand how we will navigate our lives without her, it seems an impossible task.”