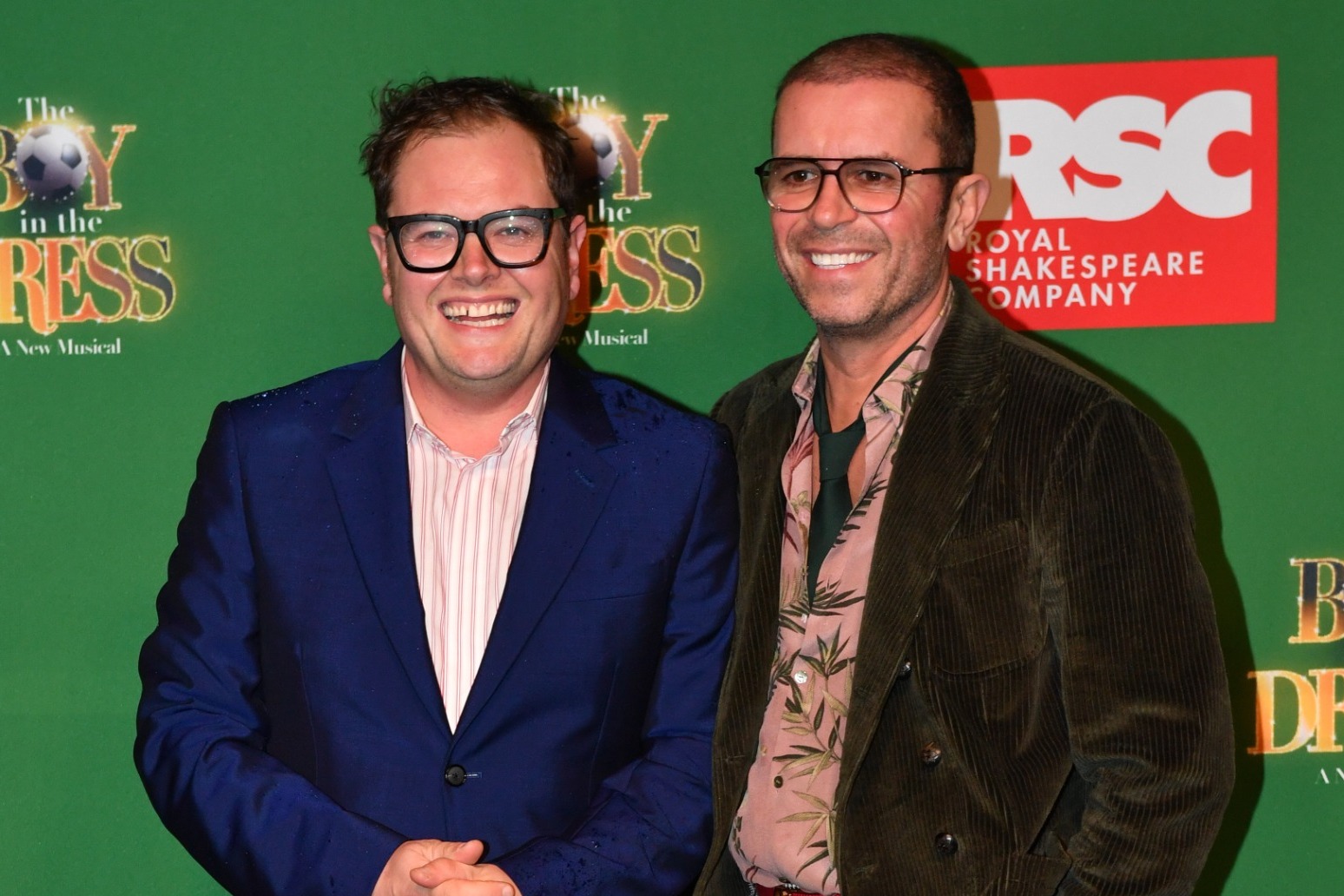 Comedian Alan Carr and his husband Paul Drayton are separating, a spokesperson for Carr has said.

They have been married for three years, but have been a couple for 13 years and said they have made the decision “jointly and amicably”.

In a statement to the PA news agency, the spokesperson said: “After 13 years as a couple and three years of marriage, Alan Carr and Paul Drayton would like to announce they are separating.

“They have jointly and amicably made the difficult decision to divorce and go their separate ways.

“We request that their privacy is respected at this sensitive time.”

Carr, 45, hosted the Royal Variety Performance for the first time last year, saying it had been a “dream come true”.

He and Drayton were famously married by singer Adele in her back garden in Los Angeles.

Adele confirmed the news with an Instagram post at the time, writing alongside a picture of herself from the day: “Seeing as the cats out the bag. I married two of my best friends in January.

“You know me any excuse to dress up… @chattyman #LoveisLove.”

Carr told ITV’s This Morning of Adele at the time: “She got ordained and she married us. She is the kindest and most sweetest. She flew us to Vegas to see Celine Dion sing. She (Adele) sang my first dance.”