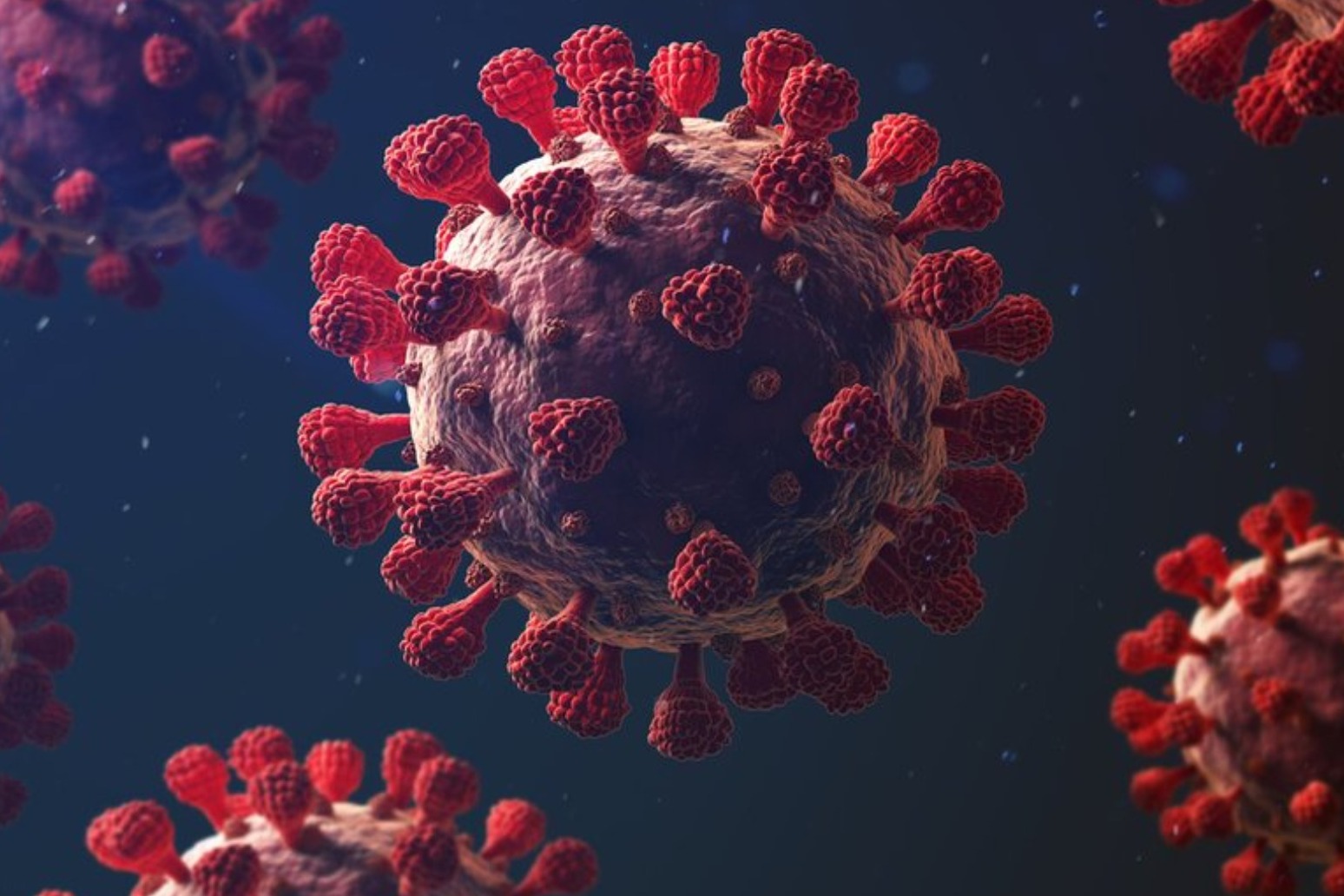 Boris Johnson has announced the scrapping of a series of rules, find all the details here

Boris Johnson has set out his intention to end nearly all of England’s remaining coronavirus restrictions in one fell swoop.

Mask wearing will no longer be a legal requirement under the plans, nor will social distancing in most cases, and nightclubs will be able to reopen.

Here is a look at what is changing and when, what advice remains, and the points of contention going forward.

– When do the changes come into force?

The Prime Minister used his Downing Street press conference on Monday afternoon to set out what Step 4 of his plans to end lockdown restrictions will look like.

He promised to confirm next week when exactly that will take place based on the latest evidence at the time, but he has given every signal that it will go ahead on July 19 as planned.

– Is the threat over?

In setting out the bonfire of coronavirus rules, Mr Johnson conceded that the pandemic is “far from over” and cases could be as high as 50,000 detected by July 19.

He said “we must reconcile ourselves, sadly, to more deaths from Covid” but he pinned his hopes on public responsibility and vaccines in suppressing the scale of the toll.

– So why are they happening now?

It is now or never, Mr Johnson suggested.

He said that now is a “propitious moment” to ease restrictions, given the relatively advanced stage of the vaccine rollout and with the “natural firebreak” of the school summer holidays approaching.

He also cited the “difficulty of then imagining us opening up in the context of the colder” autumn and winter months.

– What will happen to mask wearing?

In perhaps the most contentious point, Mr Johnson said he will abolish the rules meaning masks are mandatory for most people in places such as shops and on public transport.

He instead urged people to “exercise their personal responsibility but to remember the value of face coverings both in protecting themselves and others”.

Mr Johnson said there will be guidance to suggest people “might choose” to wear face coverings when cases are rising, or when coming into contact with strangers in enclosed places.

Officials suggested people who are particularly vulnerable to Covid-19 could travel on public transport at less busy times to reduce the risk to themselves.

Shops and transport providers may, however, still tell customers to wear masks but such a move would come with concerns of a threat to staff and of legal action.

How many people will continue to wear masks after the requirement ends remains unclear, with the Government not having modelled the scenario.

The Prime Minister’s official spokesman said: “We will continue to look at the emerging evidence but we haven’t done a specific model on that.”

– Can we go clubbing again?

Nightclubs will be able to reopen for the first time since the first lockdown was imposed in March last year.

All other businesses that have been ordered to close will also be able to reopen, meaning gigs and festivals will return.

So too will the sporting stadiums that were not already open under the pilot scheme.

– Will social distancing and limits on meeting up be over?

The “one metre plus” rule on social distancing will be lifted, with guidance remaining in just two specific circumstances: when self-isolating after a positive test and in airports to prevent mixing between people arriving from high-risk countries.

This will allow the full reopening of venues such as theatres, cinemas and sporting stadiums and end the capacity caps on bars and restaurants.

Restrictions on being seated and table service in hospitality will also end, as will the legal requirement to scan QR codes when entering venues.

The “rule of six” on indoor meetings will cease, as will the limit of 30 people outdoors, allowing for weddings, funerals and festivals to return to near-normal.

– What about working from home?

Mr Johnson said: “It will no longer be necessary for Government to instruct people to work from home so employers will be able to start planning a safe return to the workplace.”

Charities representing those particularly at risk to Covid-19 called for ministers to ensure vulnerable people are not pressured to return to offices.

– What is happening to self-isolation?

Anyone who tests positive for Covid-19 or is identified as a contact by NHS Test and Trace will still have a legal requirement to isolate.

But Mr Johnson billed a plan to be unveiled later this week for those who have received both vaccines to be exempted from this, possibly by using repeated testing.

– Will domestic vaccine passports be used?

They will not be mandatory. Not for the time being at least.

Mr Johnson said Covid status certificates will not be ordered for entry to venues or events, but said businesses may choose to employ checks of an individual’s NHS app to see their status.

However, the Government’s review of vaccine passports left open the possibility of them being introduced at a later date.

It says they “could provide a means of keeping events going and businesses open if the country is facing a difficult situation in autumn or winter”.

Not only do other countries have their own restrictions in place, Mr Johnson said the red list of nations from where isolation in quarantine hotels is necessary will remain in force.

But he aims to remove the need for fully-vaccinated arrivals to isolate at home when returning from amber nations.

– How will schools be affected?

Mr Johnson signalled an end to the requirement for entire school bubbles to isolate in the event of a Covid contact by instead utilising extra testing.

Education Secretary Gavin Williamson will set out the plans on Tuesday.

– How will care homes be affected?

The limit on how many named visitors a care home resident can receive will be lifted but infection control measures such as enhanced cleaning and PPE will remain in place.

– Will testing still be available?

Mr Johnson said a “proportionate” test, trace and isolation system will be retained after Step 4, as will testing of people with symptoms.

Free asymptomatic testing will be extended until Sept 30, but it is unclear what will happen after that.

– What do his critics say?

Labour leader Sir Keir Starmer swiftly accused Mr Johnson of being “reckless” by planning to remove all remaining coronavirus restrictions at once and said mask-wearing should stay.

Polling has suggested that the public could be on Sir Keir’s side, with a majority said to want masks to remain compulsory on public transport and in shops beyond this month.

“The wearing of face coverings on public transport helps to reduce the spread of Covid, and crucially gives Londoners confidence to travel on the network, which is vital to our economic recovery,” the senior Labour politician said.

Chief scientific adviser Sir Patrick Vallance said the relaxation is not without risks, saying that “we are in the face of an increasing epidemic at the moment and therefore we need to behave accordingly in terms of trying to limit transmission”.

And England’s chief medical officer Professor Chris Whitty warned that the winter “may be very difficult” for the NHS as it tackles both Covid and seasonal respiratory viruses.

Professor Stephen Reicher, a member of the Government’s member of the Scientific Pandemic Insights Group on Behaviours, warned there is a “very real risk prospect” that by the end of July there could be nearly a million cases per week.

“I really do fear that if we were to get up to those high numbers of infections there is a risk of causing huge damage primarily to young people because they’re the ones that aren’t vaccinated,” he told Channel 4 News.

“I think that’s a very big risk indeed, it’s not a risk I would take and I earnestly, I genuinely hope that I am wrong and it doesn’t happen but I wouldn’t be taking the risk.”

Mr Johnson knows he cannot rule this out, considering the potential for a vaccine-busting variant to emerge.

He said the Government would “retain contingency measures to help manage the virus during higher risk periods, such as the winter”.

“But we will place an emphasis on strengthened guidance and do everything possible to avoid reimposing restrictions with all the costs that they bring,” he added.