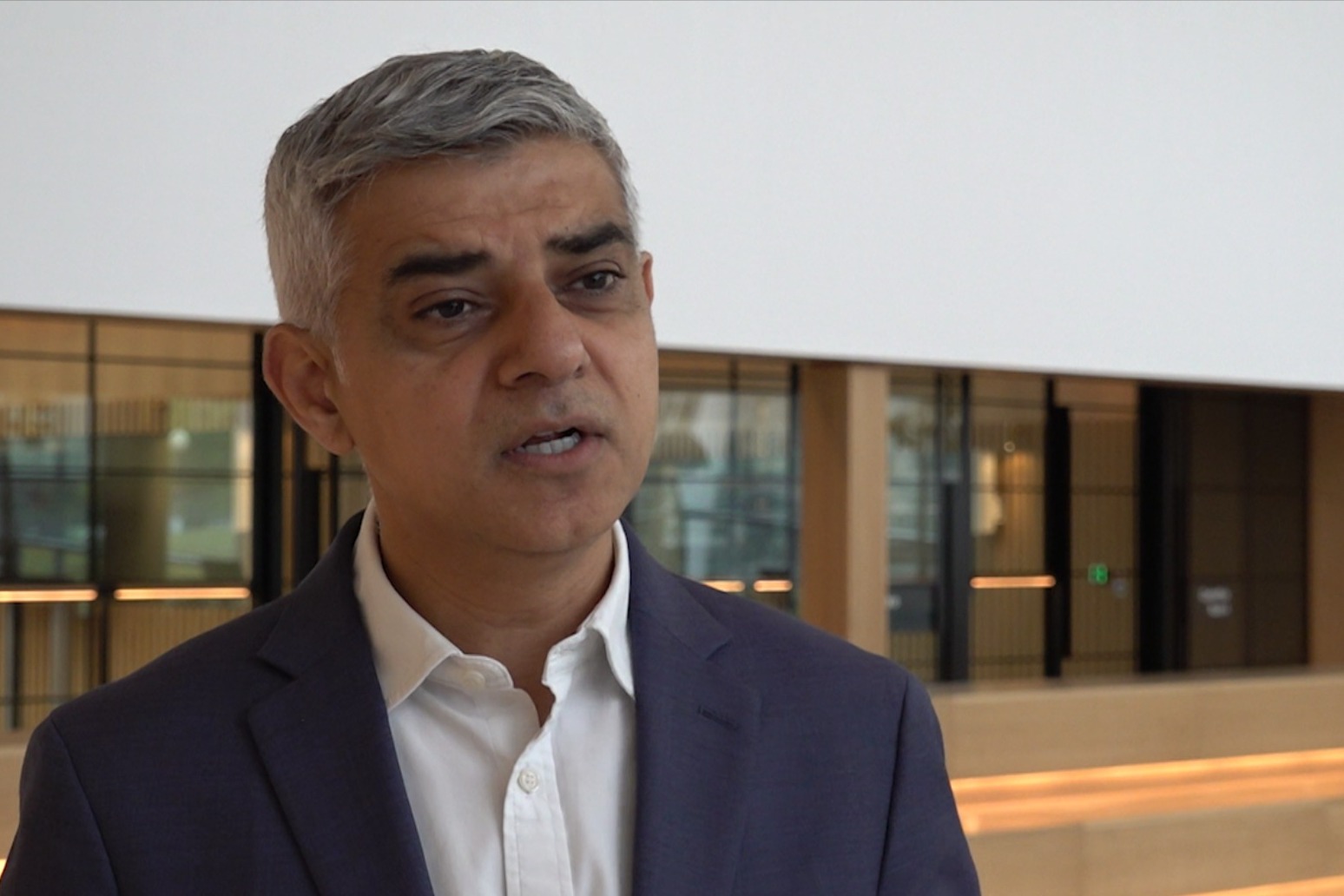 Mr Khan spoke of his fears that progress in tackling violent crime could be jeopardised as figures show that London’s knife and gun crimes plus teenage murders have been reduced.

He said “we must acknowledge that the spiralling cost of living could make things even more challenging and even risks taking us backwards”.

City Hall pointed to Office for National Statistics (ONS) data which showed that knife crime fell by 7% and gun crime reduced by 18% in 2021.

The number of teenagers murdered in London was reduced by 64% in the first five months of 2022 compared to the same period a year earlier, according to the ONS figures which covered the year to December 2021.

Mr Khan said “the level of violence remains far too high” despite the amount of incidents having fallen since before the pandemic.

He says the impact of the cost-of-living crisis could jeopardise progress made in tackling violent crime.

The cost-of-living crisis, which is impacting huge numbers of Londoners and some of the most vulnerable groups, could jeopardise the progress that has been made in trying to tackle violent crime and its underlying causes, according to Mr Khan.

He fears that spiralling costs will deepen deprivation and poverty which, along with a lack of positive opportunities for young Londoners could be a driver of violent crime.

City Hall analysis on the causes of violence highlights links between deprivation, poverty and vulnerability to crime, with six of 10 boroughs with the highest increases in unemployment over the pandemic being represented in the top 10 boroughs for serious violence.

A November 2021 document by the Mayor’s Office for Policing And Crime, which provides information on crime priorities and police performance, found there are very different patterns of deprivation across the 32 London boroughs, with Barking and Dagenham along with Hackney ranking within the 10 most deprived authorities in England.

It added there are three further boroughs, Islington, Newham, and Tower Hamlets, which are within the top 10% most deprived authorities.

Commander Alex Murray, the Met’s lead for tackling violent crime, said: “Officers across London have been doing all they can to bear down on it while working with partners to prevent it from happening in the first place.

“Officers do this with such passion because they see first-hand how violence ruins the lives of victims and their families, it’s what motivates them.

“We know there may be challenges ahead of us as we head into the summer months and there is more we can all do.”

Ben Lindsay, the chief executive and founder of Power the Fight, a charity aiming to help communities to end youth violence, said: “We have seen the impact poverty, deprivation and lack of opportunity has had on communities, and more needs to be done across the board to cushion the impact of cost of living on those most vulnerable in society.”

The charity works with London’s Violence Reduction Unit (VRU) and they have a focus on families, the importance of education, youth work and funding in an effort to help communities.

Mr Khan says he has been backing officers to try and take weapons off the streets by providing a £1 billion investment in policing.

It has helped to fund 1,300 more police officers.

The number of police officers is at a high of 34,542 and the Met’s Violent Crime Taskforce, which targets the most dangerous offenders, has also been set up.