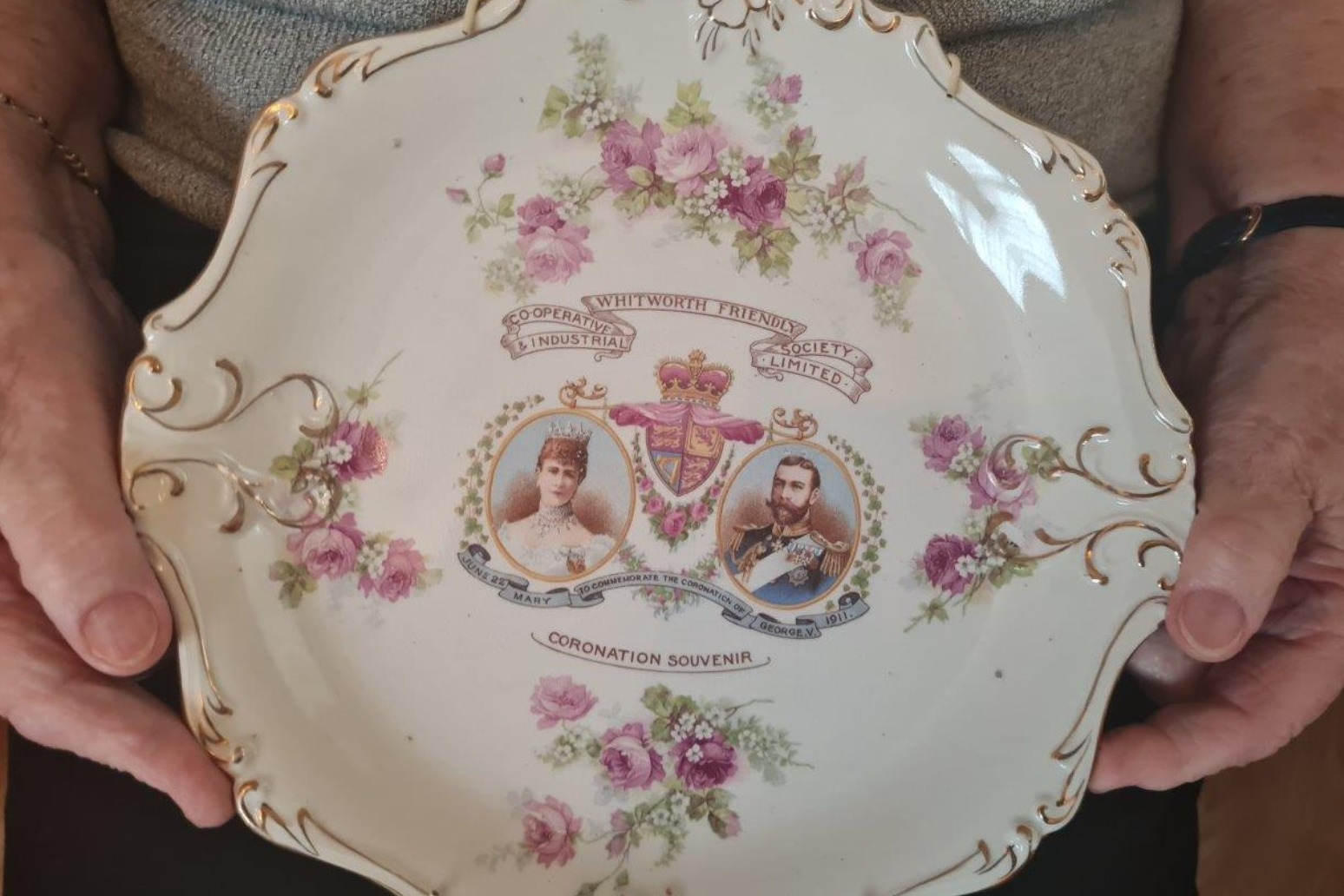 A grandma’s precious cot blanket made by Queen Mary and won in a bonnie baby competition in 1938 sparked a bidding battle when it was put up for auction.

Kathleen Pritchard, 83, treasured the blanket all her life and her family even took it into bomb shelters during the Second World War to keep it safe.

However, with seven grandchildren and five great-grandchildren, she did not know who to pass the royal memorabilia onto.

Instead, she decided she wanted to part ways with it to help children in Ukraine.

Mrs Pritchard, from Rainham, Essex, decided to put the blanket under the hammer at Hansons Auctioneers’ Royal Memorabilia Platinum Jubilee Auction after hearing about founder Charles Hanson from TV shows such as Bargain Hunt and Celebrity Antiques Road Trip.

It was sold to a private UK buyer for £400 and the proceeds will go to Save The Children’s Ukrainian appeal.

Mrs Pritchard’s granddaughter Carlie Bussey, 42, from New Barn, Kent, said: “Nan has so many grandchildren and great grandchildren she couldn’t possibly choose between us to hand it down.

“She’s been extremely saddened by the conflict in Ukraine and wanted to raise some money to help children over there. She chose Save the Children’s Ukraine appeal as Princess Anne is patron and her great-grandmother made the blanket.”

Mrs Pritchard’s mother, Florence, won the blanket in a bonnie baby competition she spotted at a mother and baby clinic in Islington, north London, in 1938.

Two blankets were up for grabs – pink for a girl and blue for a boy – and Florence picked up the prize for Kathleen whose middle name is Mary, after the queen.

The blanket still has its original ‘1st prize’ tag and a handwritten note on Marlborough House headed paper saying ‘Made by Her Majesty, Queen Mary, 1938’.

Mrs Pritchard, a retired machinist, said: “The blanket was my mother’s most precious possession. It was never used but kept in a box in a draw. It was only given to me after I got married and became pregnant with my twins, Steven and Alan.

“We all love the royal family and are very proud of the royal connection. I have a picture of the Queen above my television set and a plate with Queen Mary’s portrait on.”

Charles Hanson said: “I was thrilled by this auction result and delighted to give Kathleen the royal treatment.

“It was thoroughly deserved thanks to her kind gesture. I was moved by her decision to part with her most treasured possession for Save The Children. It was a privilege to help her.”