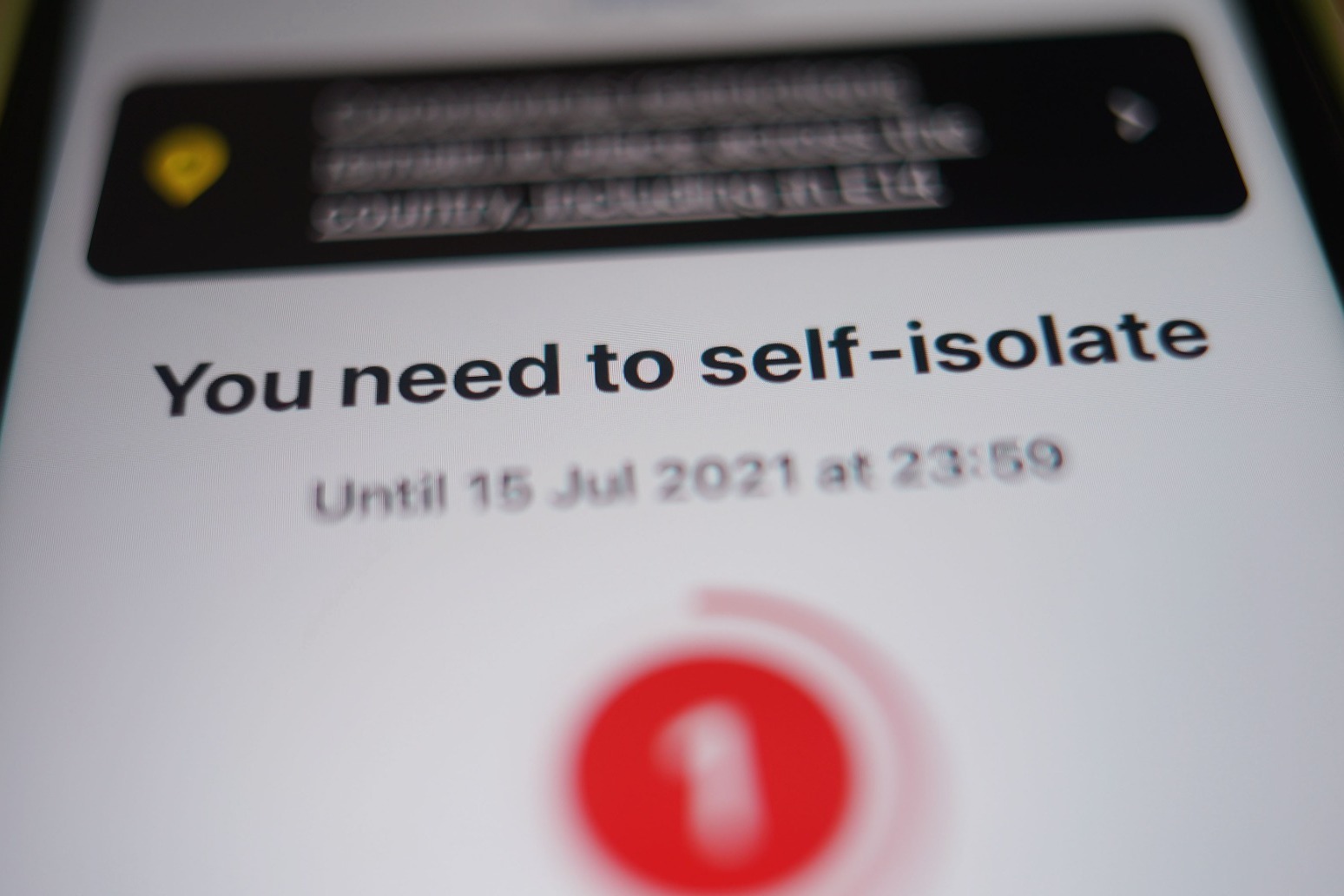 The NHS Covid-19 app is being updated so fewer contacts will be instructed to isolate after an increase in people being pinged since lockdown restrictions ended.

Almost 700,000 alerts were sent by the app to users in England and Wales for the week to July 21, a record since it was launched, which has caused staffing issues across multiple industries.

Health and Social Care Secretary Sajid Javid said the “logic” behind the app was being tweaked, although the sensitivity and risk threshold would remain unchanged.

Instead of checking contacts for five days before a positive test, the app will only go back two days.

The Department of Health and Social Care (DHSC) said this will reduce contacts from when an asymptomatic person was unlikely to be at the peak of infectiousness, and so cut down the overall number of pings.

“We want to reduce the disruption that self-isolation can cause for people and businesses, while ensuring we’re protecting those most at risk from this virus,” Mr Javid said.

“This update to the app will help ensure that we are striking the right balance.

“It’s so important that people isolate when asked to do so in order to stop the spread of the virus and protect their communities.”

It comes as analysis suggested that in the first three weeks of July the app could have averted up to 2,000 cases per day, and more than 50,000 cases of Covid-19, including chains of transmission, assuming that 60% of users obeyed orders to self-isolate.

Scientists believe this would amount to preventing approximately 1,600 hospital admissions.

“The NHS Covid-19 app is a really practical example of how technology can be used to fight the biggest challenges we face in protecting and improving our health,” said Dr Jenny Harries, chief executive of the UK Health Security Agency.

“The app is the simplest, easiest and fastest way to find out whether you have been exposed to the virus, and it has saved thousands of lives over the course of this pandemic.

“I strongly encourage everyone, even those fully vaccinated, to continue using the app.

“It is a lifesaving tool that helps us to stay safe and to protect those closest to us as we return to a more familiar way of life.”

Labour’s shadow health minister Liz Kendall said: “The Government has allowed infections to spiral out of control, leaving hundreds of thousands of people forced to self-isolate every day, their response is not to drive down infections but instead quietly change the app that helps to keep us safe.

“This is yet another Covid U-turn from ministers at a time when the public need clarity and certainty – not chaos and mixed messages. It’s shambolic and they must get a grip.”