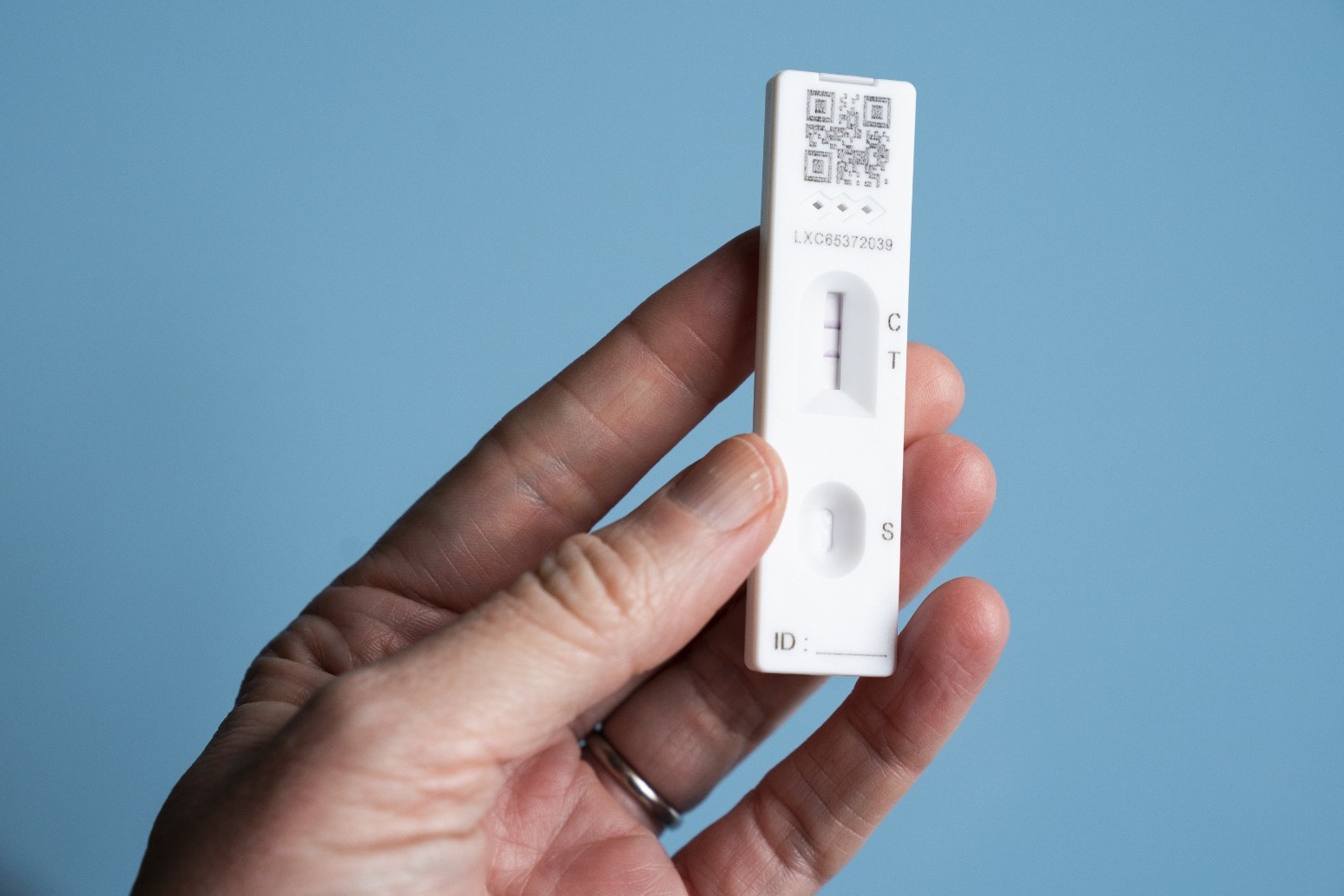 Covid-19 infections in the UK are continuing to fall and are now at their lowest level for more than two months, figures show.

A total of 1.4 million people in private households are estimated to have had the coronavirus in the week to August 16, according to the Office for National Statistics (ONS).

Infections hit 3.8 million in early July during the spread of the Omicron BA.4 and BA.5 subvariants of the virus, but have fallen in recent weeks.

Health experts have warned levels are likely to rise again in the autumn and winter, however.

A new booster jab will be offered to everyone in the UK aged 50 and over from next month, as well as those with underlying health conditions, to increase protection ahead of future waves.

Sarah Crofts, head of analytical outputs for the Covid-19 infection survey, said: “Infections continue to head in the right direction across all of the UK and are now at levels similar to those last seen in mid-June.

“Rates remain lowest in school-aged children and we will closely monitor the data to see how the return of schools in September may affect this.”

Total UK infections are now at their lowest level since the week ending June 11, when the BA.4/BA.5 wave of the virus was beginning to grow.

Some 1.2 million people in England were likely to have tested positive for Covid-19 in the week to August 16, the equivalent of around one in 45, the ONS said.

This is down from 1.4 million, or one in 40, in the previous survey in early August.

The number of people testing positive for Covid-19 is estimated to have decreased in all regions of England.

All age groups in England are estimated to have seen a fall in prevalence of the virus except for people aged 25 to 34, where the trend is described by the ONS as “uncertain”.

Infection rates are highest among the 25-34 age group, with 2.5% likely to test positive for Covid-19 in the most recent week, or around one in 40 people.

Rates are lowest among young children between the age of two and school year six, at 1.3% – the equivalent of one in 75.

The ONS infection survey is the most reliable measure of the prevalence of Covid-19 and is based on a sample of swab tests from households across the UK.

The BA.4/BA.5 wave has not been as steep as the Omicron BA.2 wave earlier in 2022, which saw weekly infections peak at 4.9 million in late March.

Hospital numbers during the latest wave have also peaked at a lower level than earlier in the year.

Figures are now falling steadily in all four UK nations.

High levels of coronavirus antibodies among the population – either from vaccination or previous infection – mean the number of people seriously ill or dying from the virus this year remains low.

Dr Mary Ramsay, director of clinical programmes at the UK Health Security Agency, said: “Covid-19 case rates and hospitalisations are at low levels and continue on a downward trend.

“The effectiveness of Covid-19 vaccines significantly reduces the risk of being seriously ill with the virus. When the autumn booster is rolled out in a few weeks’ time, we urge all those eligible – people aged 50 and over and those with underlying health conditions – to come forward for their jab.”

The autumn booster campaign begins in England in the week of September 5, when NHS staff will start vaccinating care home residents and people who are housebound.

A national booking service will also open that week, inviting over-75s and people susceptible to serious illness to choose an appointment.

Boosters will be offered in Scotland, Wales and Northern Ireland from early September.