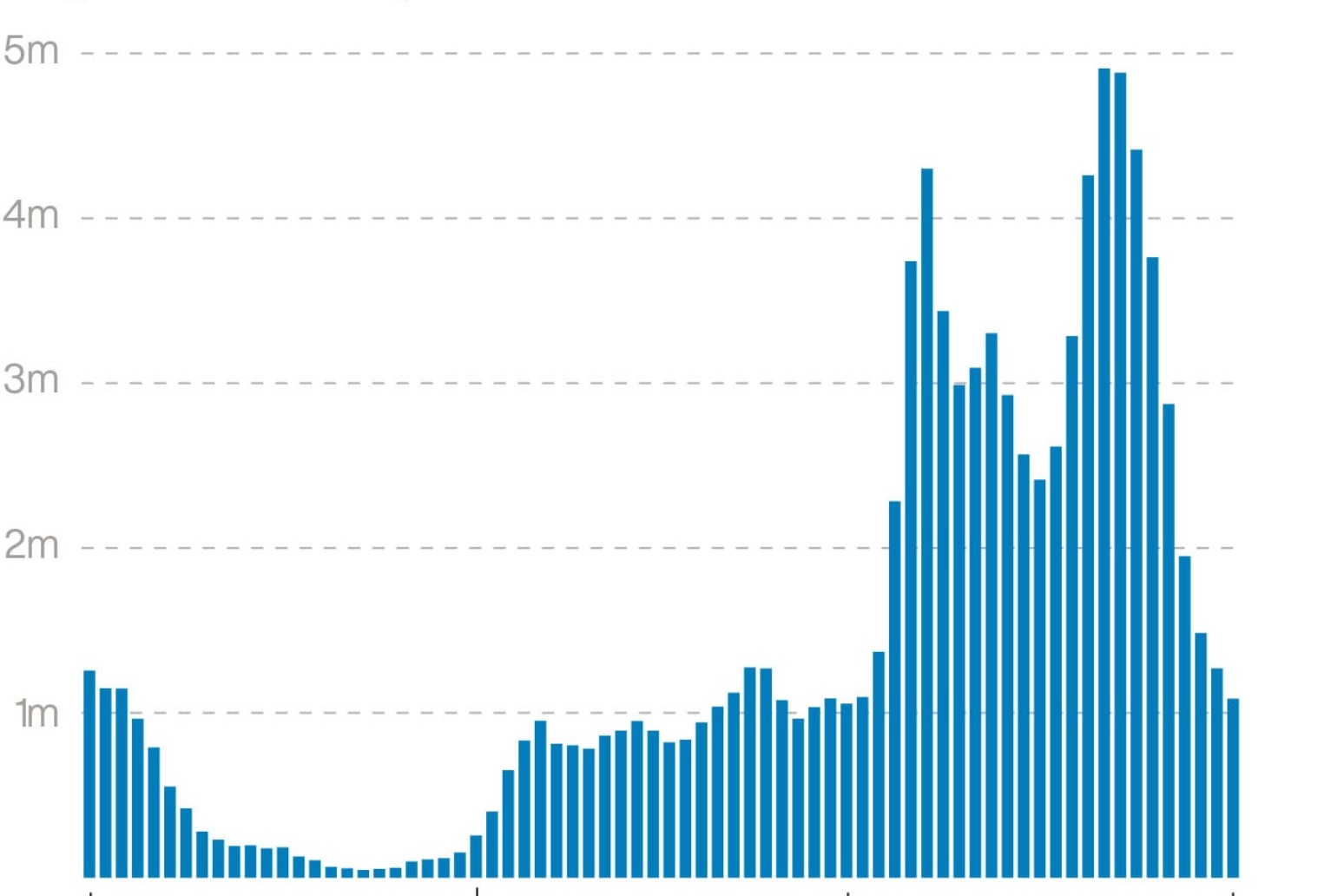 Covid-19 infections are continuing to fall in most parts of the UK but have risen slightly in Scotland, figures show.

A total of 1.1 million people in private households across the UK are estimated to have had the virus in the week to May 21, according to the Office for National Statistics (ONS).

This down from 1.3 million the previous week and is the lowest estimate for the whole country since the end of November 2021, when virus levels were just starting to rise due to the spread of the original Omicron variant.

Total infections have now fallen by 78% since the peak of the recent Omicron BA.2 wave in late March, when a record 4.9 million were estimated to have Covid-19.

Levels are not dropping in all four nations, however.

In England, infections have fallen for the seventh week in a row, with 874,400 people likely to test positive for Covid-19, the equivalent of around one in 60.

The virus continues to be least prevalent in Northern Ireland, where infections are now at their lowest level since mid-October 2021.