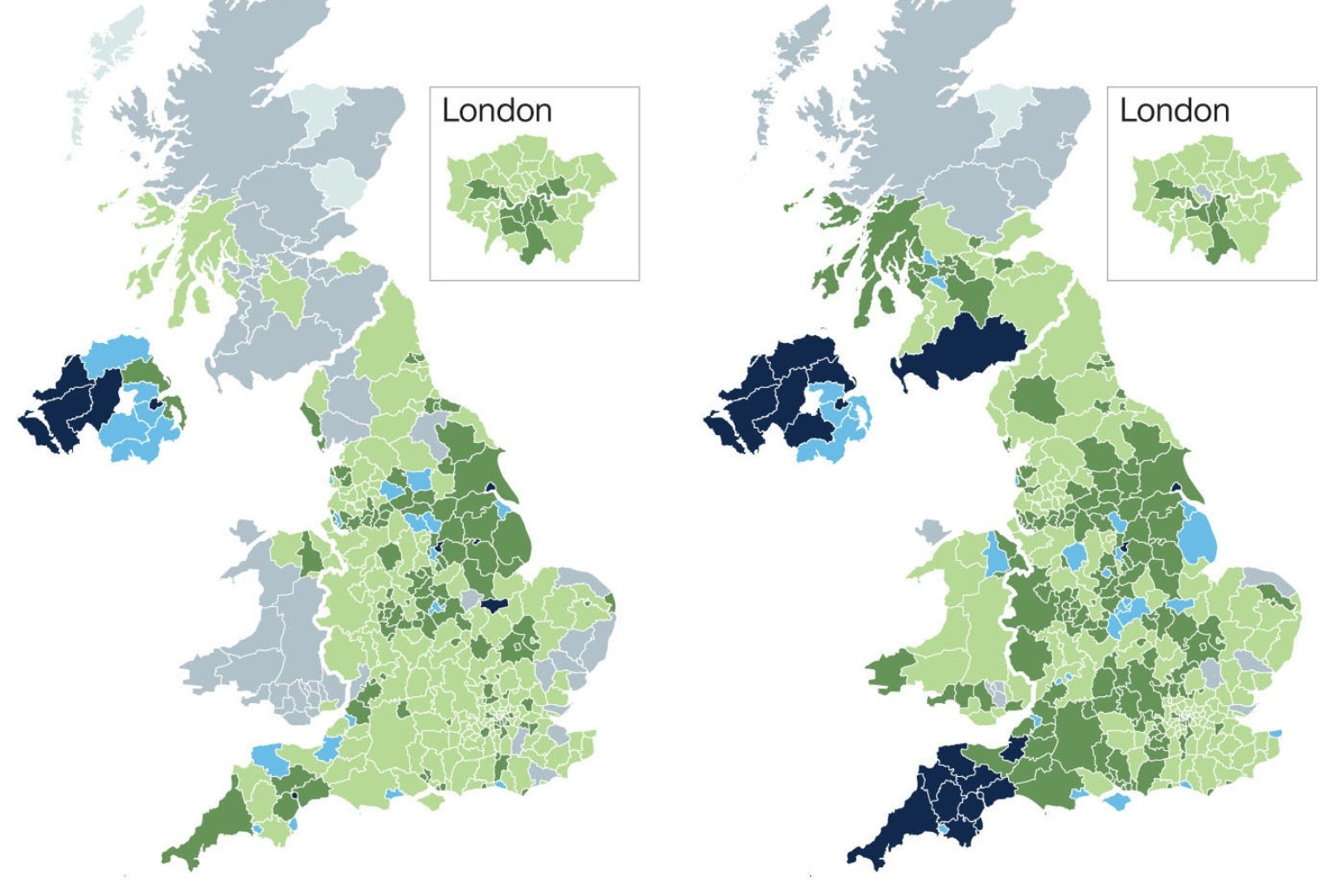 Rates in Scotland and England are rising, but slower

Wales and Northern Ireland are recording their highest rates of new cases of Covid-19 since January, as the third wave of coronavirus continues to pick up pace across the country, new figures show.

Fermanagh & Omagh in the south-west of Northern Ireland also has the highest rate of any local authority in the UK, with a total of 1,003.9 cases per 100,000 people recorded in the seven days to August 18.

This is the first time that any local authority in Northern Ireland has recorded rates over 1,000 since comparable records began in summer 2020, when mass testing was first introduced.

The figures show how the third wave of coronavirus, which began in the UK at the end of May of this year, is once again on the rise after a period last month when it appeared cases may have peaked.

Around two-thirds (67%) of all local authority areas across the UK are currently recording an increase in case rates, including every area in Wales, all but one area in Northern Ireland (Mid Ulster) and all areas on mainland Scotland, according to analysis by the PA news agency.

The picture is slightly different for the other two nations.

In Scotland rates are also rising sharply, but are currently below the levels reached earlier in the third wave at the start of July.

England is the only one of the four nations where rates are currently rising slowly rather than sharply, with 323.8 cases per 100,000 in the week to August 18 – up from 306.9 a week earlier.

England is also still some way from hitting the sort of levels seen last month, when case rates peaked at 543.4 on July 19.