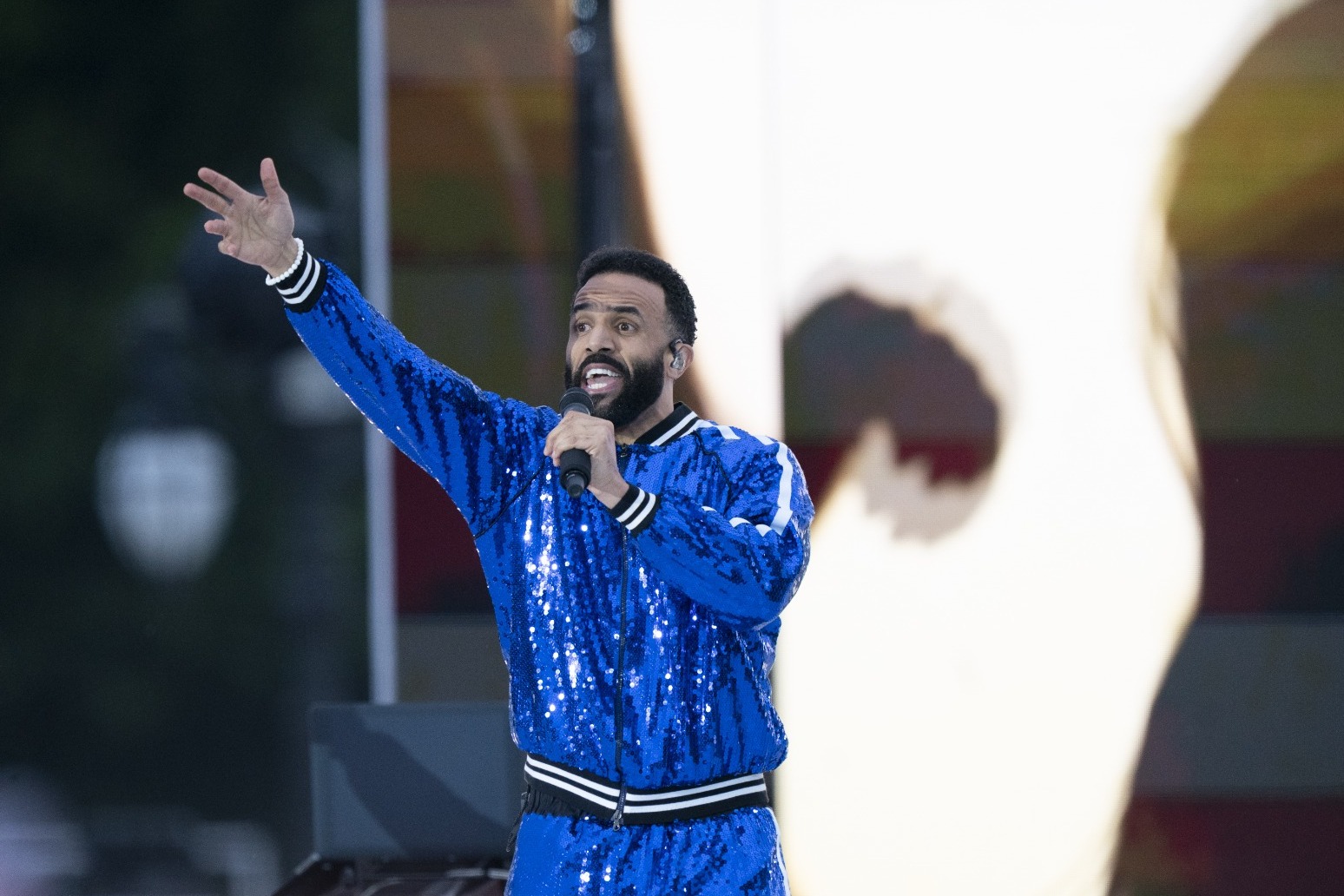 Craig David has revealed the “pinch ourselves” moment he and his mother experienced when meeting the royals backstage during Saturday’s Platinum Party at the Palace.

The event, broadcast on the BBC, saw David, 41, perform in the star-studded concert which was part of the weekend celebrations to commemorate the Queen’s 70-year reign.

David told BBC Breakfast: “It was an honour to be asked to perform.

“Being outside Buckingham Palace and then looking down The Mall and seeing that many people in it, you could feel that, not only for the amazing service that the Queen has done for 70 years, but the way in which everyone came together to celebrate as a nation over the last couple of years, with everything that’s gone on, you could feel that this was a celebratory moment for the whole country to get together and be together.

“So I was just grateful to be part of it”.

The singer and DJ, who first found fame with the release of his debut album Born To Do It in 2000, received an MBE for services to music last year.

He said his mother, Tina, had accompanied him on Saturday night, and that having her there had made the occasion even more special.

David said: “We got backstage and she was able to come with me into Buckingham Palace. She met Kate and Prince William, she met Prince Edward. I mean, wow.

“She was very much in awe of what was going on.

“I was just very, very happy that I could give her that experience.”

His book, titled What’s Your Vibe?, is due to be published later this year.

David said the title was based on an expression he uses he a lot, “because I always want to get to see how people feel. And for myself, how do I feel rather than always thinking about things?

“I’ve been asked many times to do autobiographies, I kind of turned them down, and at this point through the last two years in lockdown, I wanted to write something that was using anecdotes and stories that people could relate to along the way and the journey of 22 years so far.

“But then also to have some life lessons that maybe people can relate to. Because I know how healing music is when I go on stage and you play a song and people are able to lose all of their worries for those moments that you’re performing.

“And I was like, now is time to be of service, talking about the 70 years of service that the Queen has, it’s time for any artist at a certain point in your career to realise there’s a responsibility to be of service to the people and you know that music is something that’s part of woven into the DNA of people and I want to help people through my music and hopefully through this book as well.”

One of the weekend’s most memorable moments saw the Queen and Paddington Bear surprising viewers on Saturday night with a two and half minute sequence in which they shared a cream tea at Buckingham Palace.

During the sketch, the Queen delighted Paddington by revealing she shares his love of marmalade sandwiches, as she opened her handbag to reveal a stash of the beloved bear’s staple snack.

The BBC said the Platinum Party at the Palace was the most watched programme of the year, with a peak viewing figure of 13.4 million, and an average audience of 11.2 million.