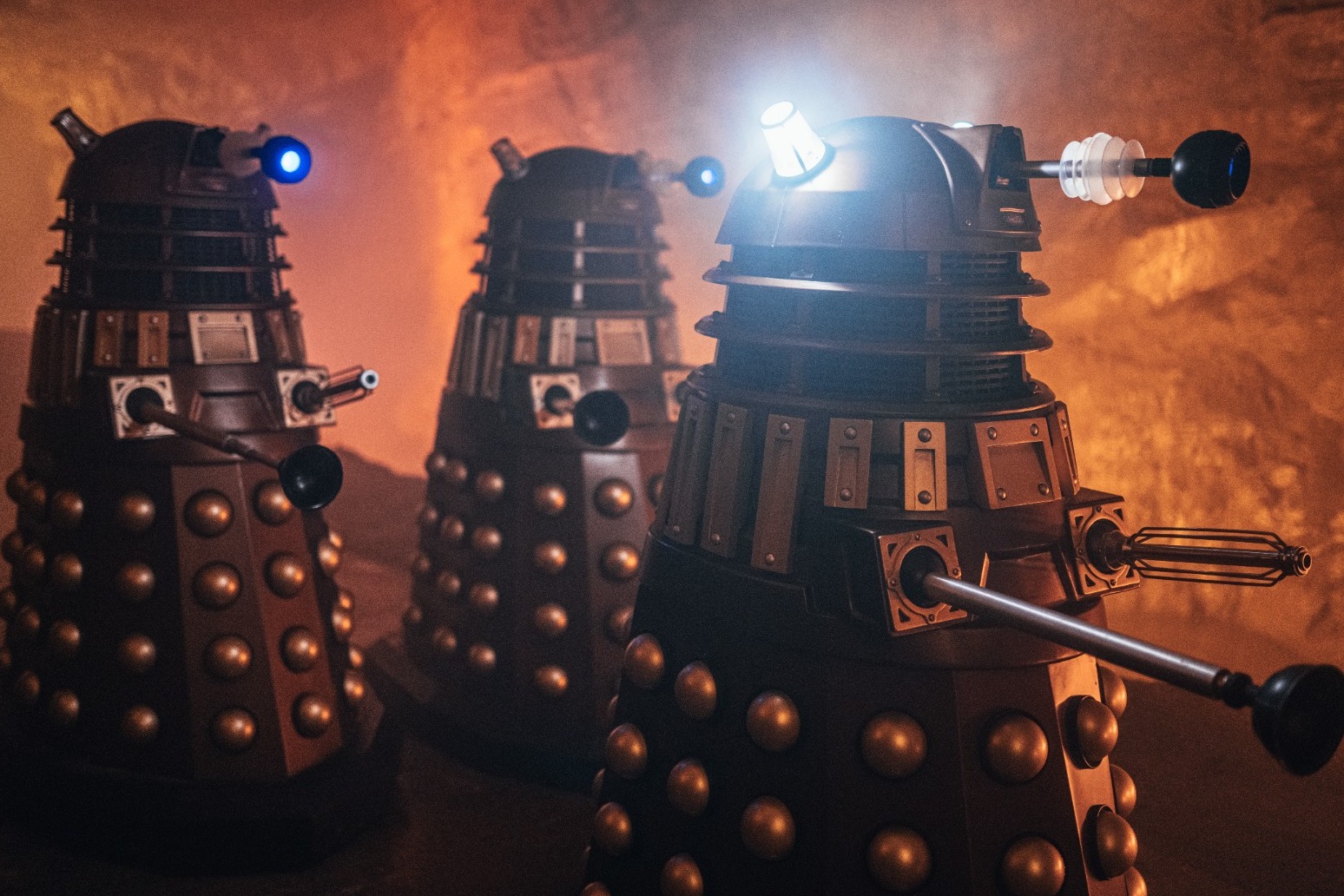 Doctor Who’s TARDIS has materialised in Liverpool for an exhibition exploring the science behind the popular TV series.

Daleks, Cybermen and Weeping Angels are among the creations who have taken up residence at the city’s World Museum for the Doctor Who Worlds of Wonder exhibition, which opens on Friday.

With narrators including The League of Gentlemen’s Mark Gatiss, who has written episodes of Doctor Who, actress Zoe Wanamaker and the BBC’s The Sky At Night presenter Dr Maggie Aderin-Pocock, the show allows visitors to try out the TARDIS Tech Room, learn about the science behind time travel and have a look at some of the programme’s artefacts.

Head of museum exhibitions at National Museums Liverpool, Catherine Johnson, said: “The exhibition spans the whole 60 years of Doctor Who and is just a fantastic array of props, costumes and objects, some of which haven’t been seen on display before.

“A lot of the storylines from the show were based on real science so there are inspirations from the natural world, from cybernetics, from AI and from astrophysics and there is a real depth to the show that is underpinned by science.”

Visitors to the exhibition, which is sold out for the first two days, will be greeted on their way in by a Weeping Angel, before going on to see some of the other creatures in a Monster Vault.

Ms Johnson said: “It has been really interesting watching people hone in on the things they remember from the show and being confronted by some of those monsters they used to hide behind the sofa from!”

As well as viewing an original TARDIS console from the show and a case of sonic screwdrivers, guests will be able to get inside a Dalek and transform their voices to sound like the extra-terrestrials.

Ms Johnson added: “You don’t necessarily have to be a huge Doctor Who fan to get things out of the exhibition.

“It’s a really fun experience and there’s something there for all curious minds.”

To mark the opening, Liverpool artist Paul Curtis has created a 15-metre wide mural showing icons from the series landing in Liverpool.

He said: “It’s been really exciting to work on this painting at World Museum – the mural contains some classic icons from over 60 years worth of TV, along with the fascinating scientific elements that underpin the exhibition.

“Acting as the entrance point to the show, I hope it can attract visitors to come in and explore some of the incredible behind-the-scenes stories about the science that brings Doctor Who to life.”

The exhibition, produced by design experts Sarner International under license from BBC Studios, also includes a Liverpool Connections area where visitors can find out more about the Merseyside stars who have featured in the series – from John Bishop to Sir Ken Dodd – and learn about how The Beatles almost met the Daleks.