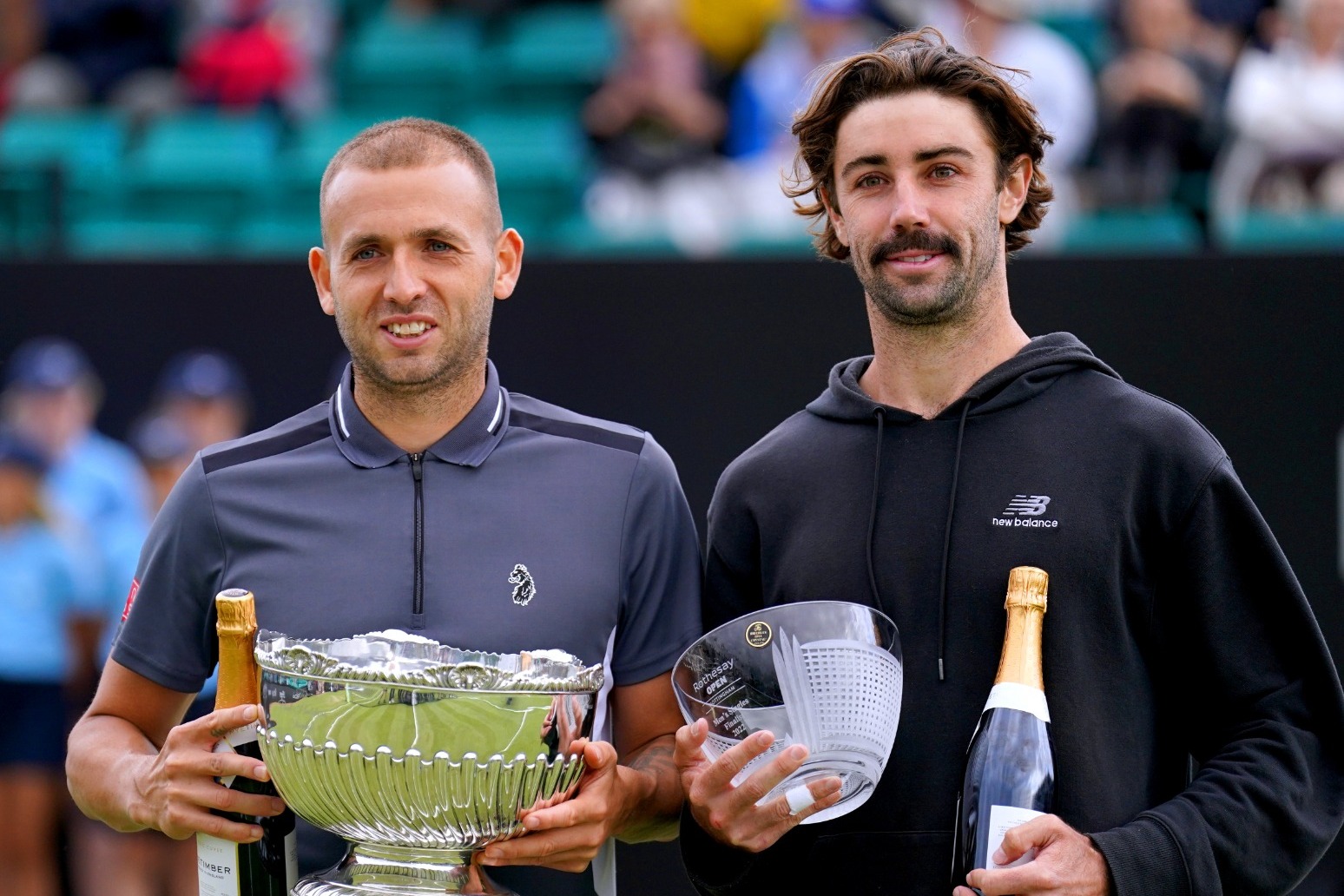 The British number two dropped down to the second-tier Challenger Tour to begin his grass-court season and reaped the benefits by reclaiming the title he won in 2019.

Evans did not drop a set all week, finishing off his title run with a 6-4 6-4 victory against Australian Thompson, who won the Challenger title in Surbiton last week.

Evans will climb four places in the rankings on Monday from 35 to 31 and will hope to continue his strong form at the cinch Championships at Queen’s Club, where he takes on defending champion Matteo Berrettini in the first round.

Evans said in his on-court interview broadcast by BBC Sport: “It was a good match. Thommo’s had a great two weeks. It’s not easy playing a good friend. It was nice to see him in the final again. I couldn’t let him take back-to-backs. I’d hear too much about it. It’s a great week. I love it here.

“The quality of players here is always very high. It does make me feel very good to win. I’ve got a tough match next week and it’s time to go down to London and prepare.”

Evans is one of seven British players in the main draw at Queen’s, with 22-year-old Paul Jubb producing one of the best results of his career by defeating Steve Johnson to qualify.

In the WTA Tour event in Nottingham, the title was taken by Brazilian Beatriz Haddad Maia, who defeated Alison Riske 6-4 1-6 6-3.

It was a first tour-level title for 26-year-old Haddad Maia, who knocked out top seed Maria Sakkari in the quarter-finals.

The trophy, which is named after much-missed former British number one Elena Baltacha, was handed to Haddad Maia by last year’s champion Johanna Konta.

Konta, who retired from the sport at the end of last year, is expecting her first child.