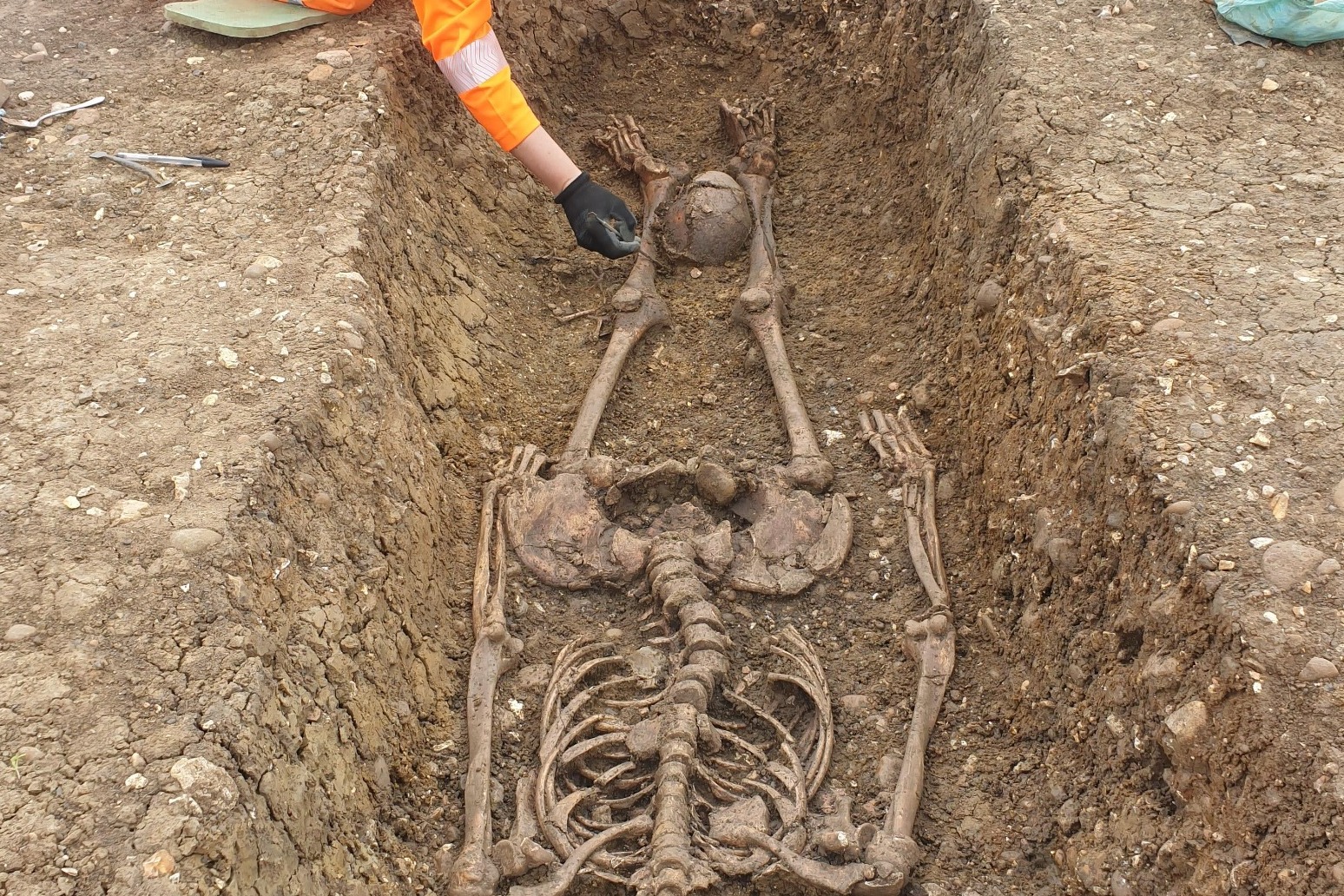 Around 40 beheaded skeletons are among 425 bodies exhumed by HS2 archaeologists in a large Roman cemetery discovered on the route of the high-speed railway.

The 50-strong team uncovered the remains at a cemetery in Fleet Marston near Aylesbury, Buckinghamshire, HS2 Ltd said.

Around 10% were decapitated, with several instances of the head being placed between the legs or next to the feet.

HS2 Ltd said this could be due to the people buried being “criminals or a type of outcast”, although decapitation was a “normal, albeit marginal” part of burial during the late Roman period, which is towards the end of 410 AD.

The cemetery is the largest of its kind in Buckinghamshire.

The bodies are being held in storage for further analysis.

HS2 is not required to rebury them, unlike those exhumed from Christian grounds such as St James’s Gardens, north London.

The archaeologists discovered more than 1,200 coins at Fleet Marston, indicating it was an area of trade and commerce.

Domestic objects including spoons, pins and brooches were found, while gaming dice and bells suggest that gambling and religious activity also occupied people’s time at the site.

The excavation was carried out over more than a year by Cotswold Archaeology and Oxford Archaeology (Copa), working on behalf of a HS2 contractor.

Copa senior project manager Richard Brown said: “The excavation is significant in both enabling a clear characterisation of this Roman town but also a study of many of its inhabitants.

“Along with several new Roman settlement sites discovered during the HS2 works it enhances and populates the map of Roman Buckinghamshire.”

Fleet Marston is one of more than 100 archaeological sites examined by HS2 since 2018 on the route of the first phase of the railway between London and Birmingham.

HS2 Ltd’s head of heritage Helen Wass said: “The HS2 archaeology programme has enabled us to learn more about our rich history in Britain.

“The large Roman cemetery at Fleet Marston will enable us to gain a detailed insight into the residents of Fleet Marston and the wider Roman Britain landscape.

“All human remains uncovered will be treated with dignity, care and respect and our discoveries will be shared with the community.”