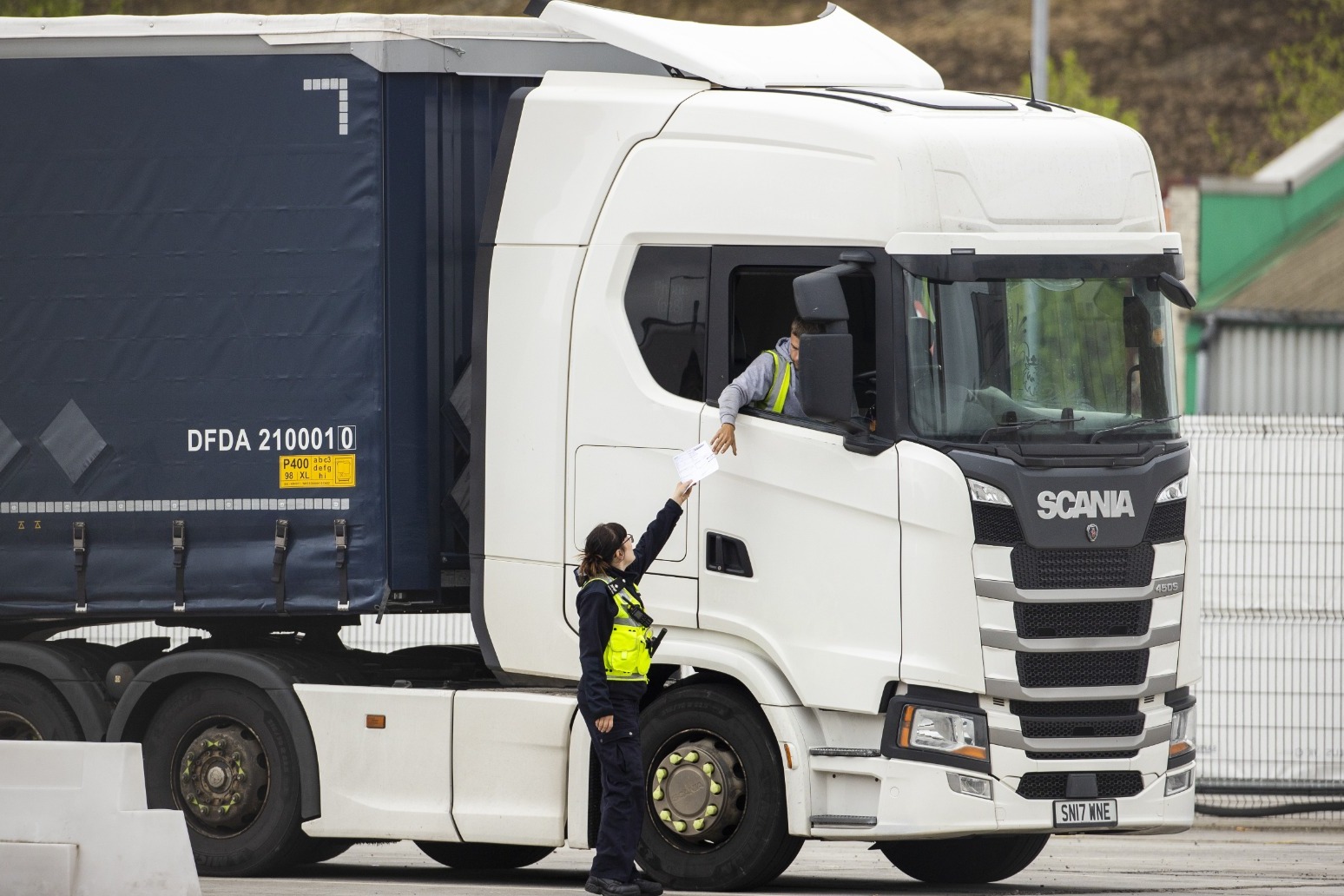 Peers have urged the UK Government to impose border checks on all animal products moving from the EU to the UK amid safety fears and concerns over British farmers being unfairly disadvantaged.

Since Brexit, the EU has imposed costly requirements on UK animal products, including health certificates, but the UK has not reciprocated with similar demands.

This has resulted in British farmers facing a price disadvantage for their exports to the EU, while European farmers can also undercut animal products in the UK.

There are also concerns that a lack of checks creates a biosecurity risk, especially in terms of African Swine Fever (ASF), which has spread to several EU countries.

Lord Trees, who is a professor of veterinary parasitology, lamented the Government’s decision to delay imposing checks.

The independent crossbench peer told the House of Lords: “Recently for the fourth time, the Government has delayed imposing checks on imported animal products from the EU.

“This has two main consequences: firstly it reduces the cost of imports, which creates unfair competition for our farmers, whose exports face added costs due to checks still required.

“Incidentally, the absence of import checks and the associated charges that we could make is estimated to have resulted in the loss to our exchequer of £1.4 billion so far.

“Secondly ‒ and most importantly ‒ the failure to check imported EU imported animal products is creating a major risk to the biosecurity of our pig population, with regards specifically to African Swine Fever.

“ASF is a real and present danger in plain sight ‒ it is a highly infectious disease of pigs with a high mortality rate for which there is no treatment and yet no commercial vaccine, and indeed vaccination is prohibited.”

The pig farming industry has been struggling in recent months and years, due to labour shortages created by Brexit and coronavirus, as well as loss of exports to China due to the pandemic.

More recently, input costs from grain, fuel and energy have skyrocketed due to Russia’s invasion of Ukraine.

Peers argued these challenges have also been compounded by the asymmetrical application of border checks for products going to and from the EU.

Liberal Democrat peer Baroness Harris of Richmond, who moved a motion on the state of pig farming in the House of Lords, said: “To add insult to injury, the Government is again delaying border checks on goods moving from the EU to the UK.

“British producers have been subject to quite significant non-tariff costs since January 2021, because of the requirement for export health certificates and lots of bureaucratic hurdles British businesses have had to deal with as a direct result of our leaving the EU.

“This has cost businesses tens of millions of pounds and left British businesses at a disadvantage.

“Products from the EU are still allowed to move the other way without checks, though, thus making their pork products cheaper than ours.

“This open border approach must be an absolute gift to unscrupulous businesses who can see a way to avoid customs duties and taxes, let alone the extremely serious biosecurity problems which could well arise if we inadvertently allow African Swine Fever, which is now sweeping across Europe, to get here because of our lax practices and lack of checks at borders.

“This is a terrible prospect, because if this disease reaches our shores, animal movements would be immediately restricted and enormous culls would have to take place.

“This would have the same devastating effect on pig production as it did on cattle during the awful foot and mouth outbreak some 20 years ago.”

Rural affairs minister Lord Benyon insisted the Government had taken measures to protect against the biosecurity threat of ASF.

He argued that there are border checks for “the highest risk imports” and that the threat of ASF is being taken very seriously.

Lord Benyon said: “I hope I misunderstood Baroness Harris in her introduction of this debate.

“She seemed to suggest that pork products that come into this country just come here and that could not be less true.

“Indeed in recent times we have recruited an extra 180 inspectors, we’re designing a global import control scheme that is simple, efficient and safe to use and which is best suited to our own needs.

“We want to utilise digitisation while also maintaining strict biosecurity controls on the highest risk imports.”

He added that Lord Trees and others were right to point out that ASF is a serious threat and how it is progressing across Europe.

The minister assured peers he will be attending a biosecurity meeting next week, where he will hear the latest information on this.

He said: “The Government takes this very seriously, has raised the risk profile for certain countries and we have exercised with the animal and plant health agency and our colleagues in border force on how we will react to an outbreak and what we could do to mitigate it, but the most important thing we can do is to stop it getting here in the first place.”

Noting the minister’s insistence that the current border checks are adequate, Baroness Harris simply said: “We will see.”