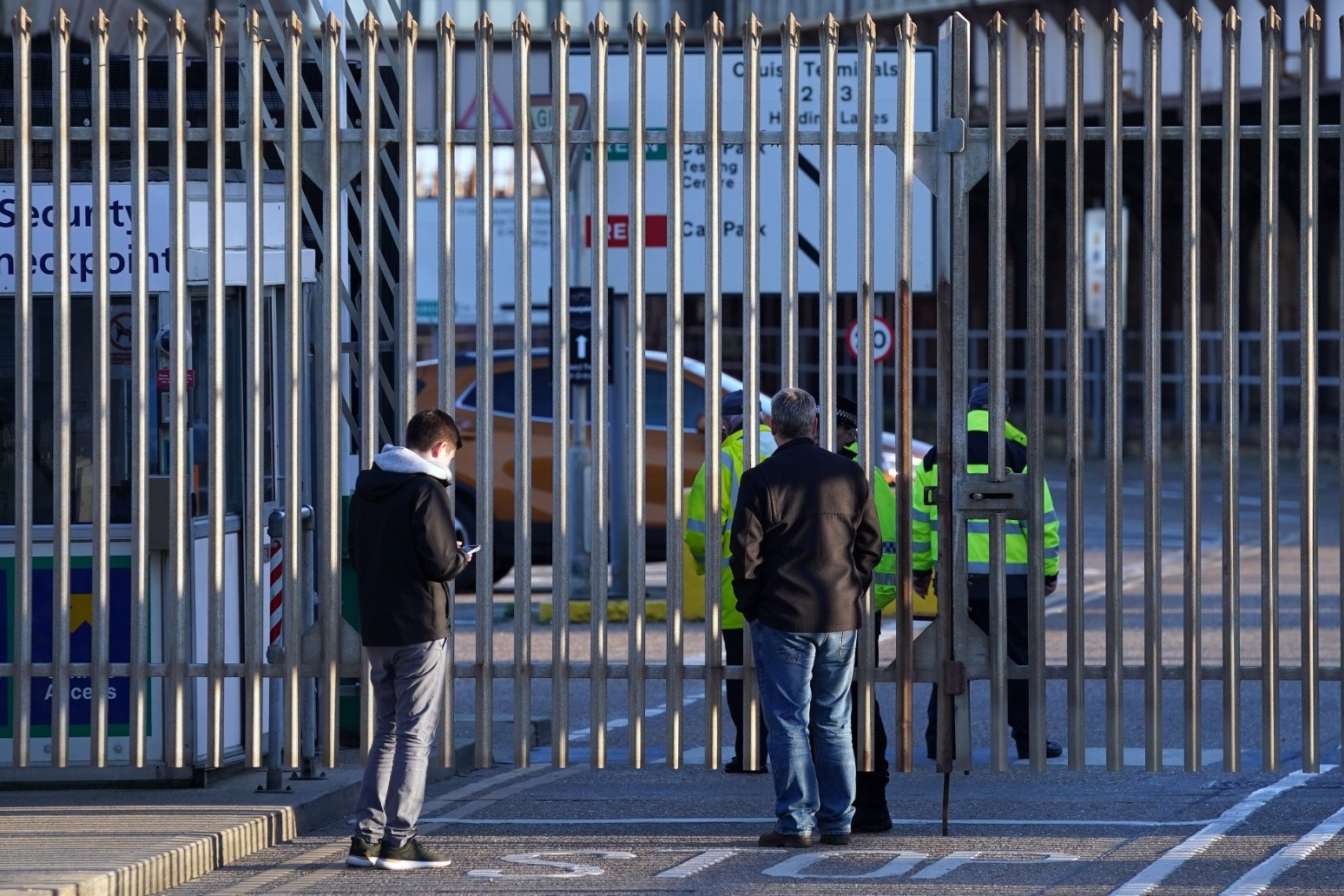 A series of demonstrations will be held on Friday against P&O’s “appalling” decision to sack 800 seafarers.

Unions and politicians condemned the move, blamed by the company on losses of £100 million following the slump in travel because of the pandemic.

The Rail, Maritime and Transport union (RMT) is seeking legal advice to challenge the sackings.

Announcing the decision on Thursday, the ferry operator, bought by Dubai-based logistics giant DP World in 2019, insisted the decision to cut jobs was “very difficult but necessary” as it was “not a viable business” in its current state.

The 800 workers were sacked immediately, with no notice, so they can be replaced by cheaper labour.

Security guards boarded ships with handcuffs to remove fired crew, it was alleged.

The union called for mass trade union and wider public support for demonstrations in Dover, Liverpool and Hull on Friday.

In a message to RMT members, general secretary Mick Lynch said: “It was with deep shock that I learned the news of the wholesale job cuts taking place at P&O Ferries, but I am sure that my shock was nothing as compared to the devastation this news brought to you and your colleagues.

“P&O’s decision to lay off 800 workers is a kick in the teeth to the hard-working members of staff who have kept the business running through the global health crisis.

“The RMT has received reports that security guards at Dover have boarded ships with handcuffs to remove crew so they can be replaced with cheaper labour. This union is horrified that P&O Ferries can treat their loyal workforce in such a despicable manner.

“P&O Ferries claimed almost £15 million in Government grants in 2020, which included furlough payments for its employees. P&O is owned by DP World, the multi-national ports and logistics company based in Dubai. It paid a £270 million dividend to shareholders in 2020.

“This appalling situation has arisen as a result of DP World wishing to maximise their profits and the failure of the Government to intervene and protect the jobs of you and your colleagues.

“Your union is seeking advice on what legal action can be taken.”

“If they do not reverse immediately and reinstate the employees and follow proper process, it’s hard to see a way back for them commercially,” he said.

“The parent DP World needs to understand that the British public will not do business with companies who treat their employees with such contempt.”

Shadow transport secretary Louise Haigh said: “This is not a corporate restructure. It’s not the way we go about business in this country.

“It is beneath contempt; the action of thugs.”

P&O Ferries said in a statement: “We have made a £100 million loss year-on-year, which has been covered by our parent, DP World. This is not sustainable.

“Our survival is dependent on making swift and significant changes now. Without these changes there is no future for P&O Ferries.”

Sailings were halted on Thursday morning and will remain suspended “for the next few days”, P&O Ferries told passengers.