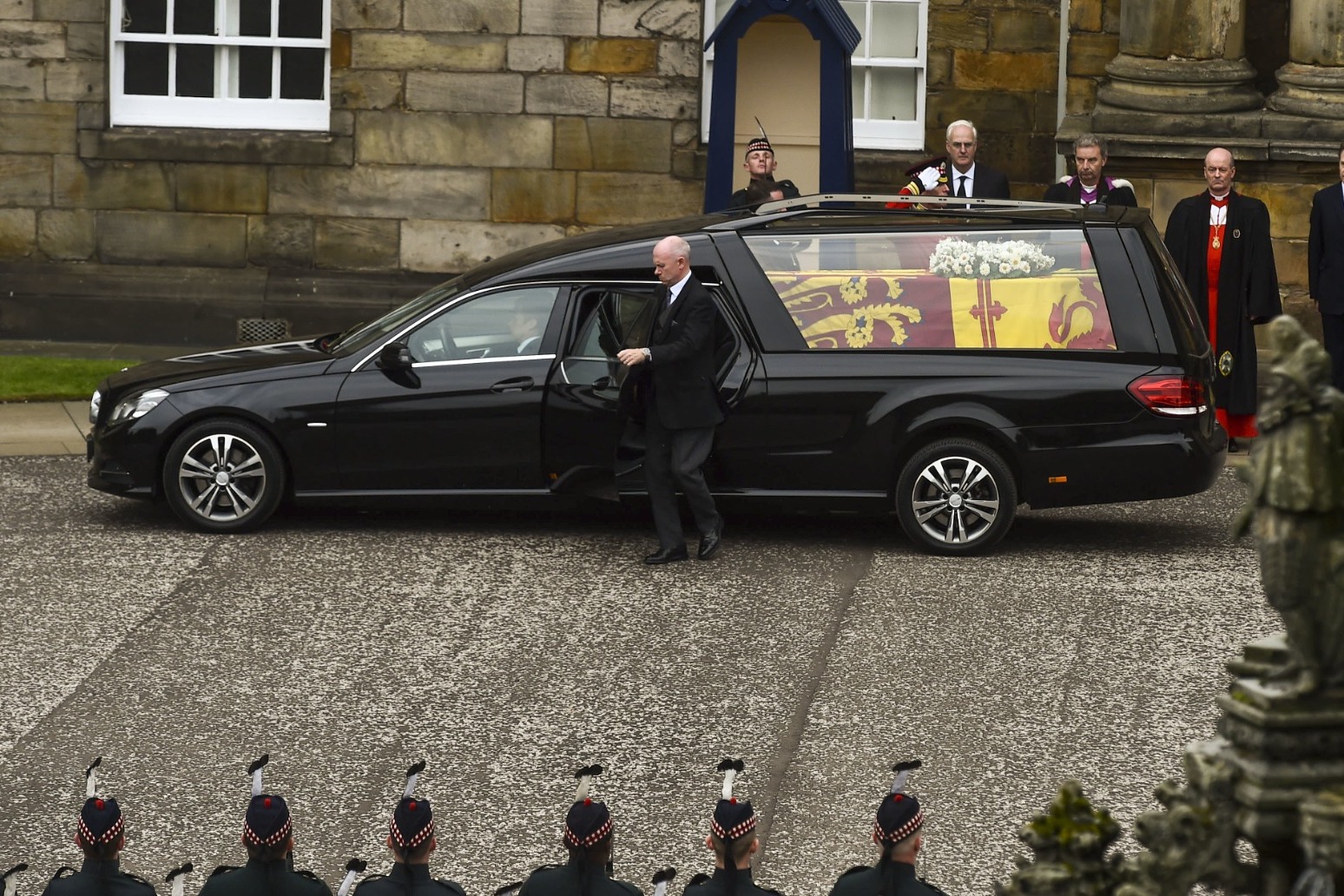 Details have been published on how the public can attend the Queen’s lying-in-state, with people warned to expect long queues and be prepared to stand for many hours through the night.

Those wishing to pay their respects to the late monarch’s coffin in London’s Westminster Hall will be able to file solemnly past 24 hours a day from 5pm on Wednesday September 14 until 6.30am on the day of the funeral – Monday September 19.

But the Government has stressed that the queue will continuously move – with little chance to rest or sit down – and the very long line of those waiting is expected to stretch through central London.

It also set out guidelines on how people should behave and what they should wear, saying they should remain silent inside the Palace of Westminster.

It urged people to “dress appropriately for the occasion to pay your respects”, banning clothes “with political or offensive slogans”.

“Please respect the dignity of this event and behave appropriately. You should remain silent while inside the Palace of Westminster,” it added.

Queue-jumpers and anyone drunk will be booted out of the queue by stewards and police patrolling the lines.

Visitors will also face airport-style security checks, with tight restrictions on what can be taken in.

Flowers, tributes, candles, flags, photos, hampers, sleeping bags, blankets, folding chairs and camping equipment are all banned, with only one small bag with a simple opening or zip permitted per person.

Hundreds of thousands of people are expected to flock to the capital for the once-in-a-lifetime proceedings.

The Queen’s closed coffin will rest on a raised platform, called a catafalque, in the ancient Westminster Hall in the Palace of Westminster, draped in the Royal Standard with the Orb and Sceptre placed on top.

Delays to public transport and road closures around the area are expected and people are being urged to check ahead and plan accordingly.

Government guidance stated: “Please note that the queue is expected to be very long. You will need to stand for many hours, possibly overnight, with very little opportunity to sit down, as the queue will keep moving.”

It also asked people to think carefully about whether to take youngsters with them.

“Please consider this before you decide to attend or bring children with you,” it added.

Details of the route for the lying-in-state queue will be published at 10pm on Tuesday September 13, with full guidance on the gov.uk website.

The queue may close early to ensure as many visitors as possible can enter before the lying-in-state period comes to an end.

Step-free and accessible options are available for those who need them.

Official guidance suggests that people should bring suitable clothing for the weather, food and drinks to have while queueing, a portable power bank for their mobile phone and any essential medication.

Only bags smaller than 40cm x 30cm x 20cm will be allowed into the hall.

Larger bags can be left at the bag drop facility, but capacity is limited, it may be full, and waiting for a space will increase people’s queuing time, the guidelines stated.

Flasks or water bottles, except clear water bottles which must be emptied of their contents before the security search point, are prohibited inside, as are weapons, whistles, smoke canisters and air-horns and other such items.

The Queen’s coffin will be guarded around the clock by a vigil of units from the Sovereign’s Bodyguard, the Household Division, or Yeoman Warders of the Tower of London.

Members of the public can watch the procession at the ceremonial viewing areas along the processional route, or at a screening site in Hyde Park.

Viewing areas and the Hyde Park site will open at 11am on Wednesday and people will be admitted in order of arrival time.