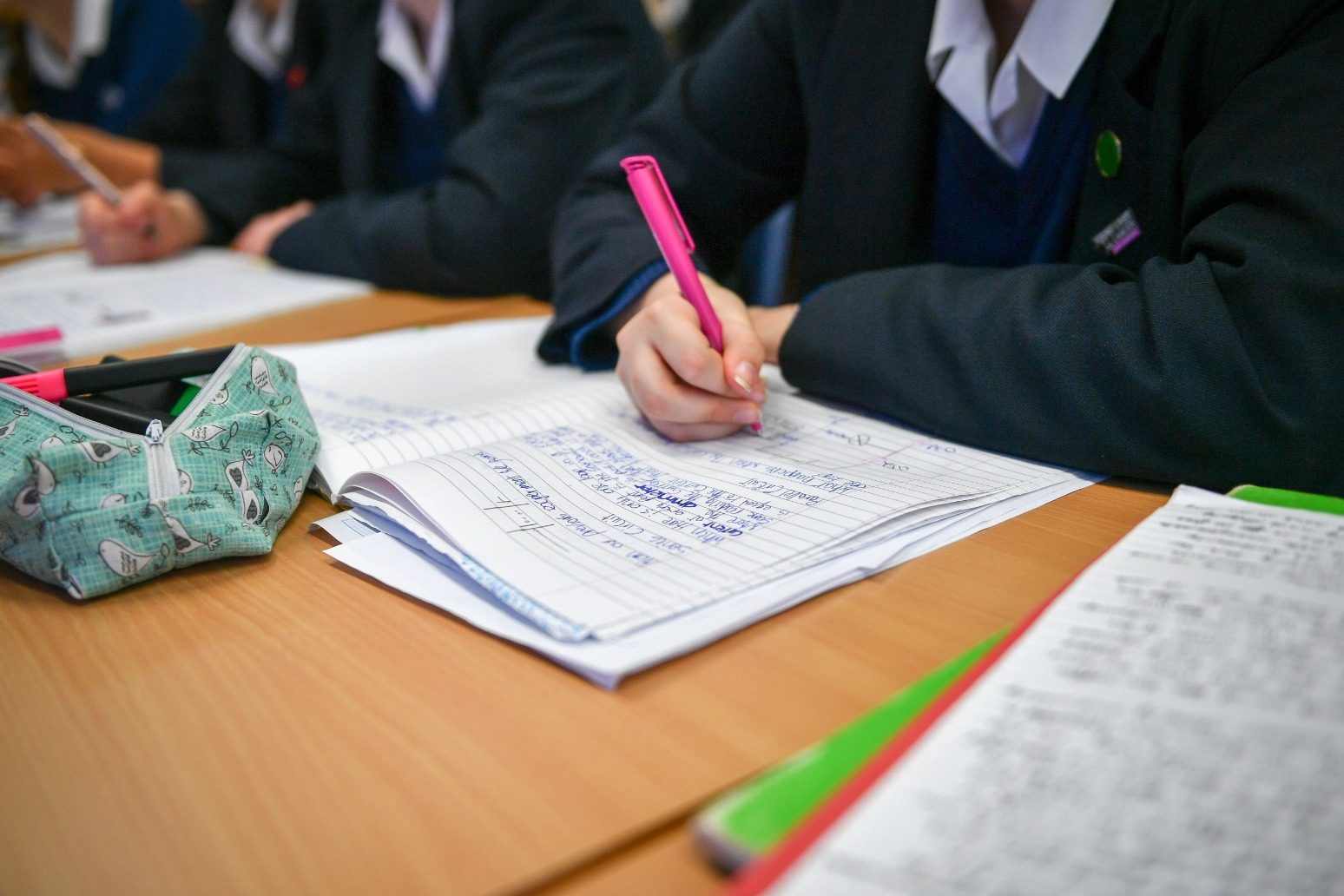 The schools watchdog has been urged not to “rush to judgments” after this year’s GCSE results, which are expected to fall compared to record highs in 2021.

Pupils across England, Wales and Northern Ireland will receive their grades on Thursday, after sitting exams for the first time since the pandemic.

Similarly to the pattern with A-level results, published last week, it is expected grades will drop below last year, but remain above those from 2019.

The Association of School and College Leaders (ASCL) said results out this week are likely to be “uneven” across different schools and areas, and reflect the “turbulent circumstances” of the pandemic.

He said: “Schools and pupils have been affected to varying extents by the pandemic and the consequent disruption to learning, and it is likely that results will reflect these turbulent circumstances and will be uneven.

“Where infection rates have been high across the last two years, it is likely to have resulted in more staff and pupil absence, in addition to the periods in which schools were closed to most pupils.

“Despite the best efforts of schools to support pupils with remote education and to plug learning gaps, this situation will inevitably have had an impact on learning.

“Schools have not been helped by the Government’s lacklustre and chaotic support for education recovery.

“It is important to understand this year’s results at school and pupil level in this context and we would urge Ofsted and Regional Schools Commissioners in particular not to rush to judgments.”

A spokeswoman for Ofsted said: “We do not base our judgments on exam results, test scores or other data.

“We use data, in context, as a starting point for our discussions with school leaders about what they are teaching children and how they are running their school.”

Last year, the proportion of GCSE entries awarded top grades surged to an all-time high after exams were cancelled for the second year in a row due to Covid-19 and students were instead given results determined by their teachers.

While traditional A*-G grades are used in Northern Ireland and Wales, in England these have been replaced in with a 9-1 system, where nine is the highest.

One education expert has predicted that, in line with the move back towards pre-pandemic grading, there could be some 230,000 fewer top grades in the UK compared with 2021, but 230,000 more than 2019.

Professor Alan Smithers, director of the Centre for Education and Employment Research at the University of Buckingham, said he expected top grades to fall, with more pupils failing and a slight narrowing of the girls’ lead over boys.

Mr Barton said those pupils who are disappointed with their results should be advised “not to panic but to speak to their teachers about the range of options available to them”.

He added: “There are many excellent courses in colleges and sixth forms which will suit their aspirations and interests.”

A Department for Education spokeswoman said: “Students who collect results on Thursday will have the best range of options available to them – whether it’s studying an exciting new T-level, earning while learning on an apprenticeship, or taking A-levels – they can be reassured that whatever their preferred destination, schools, colleges and employers are aware of the grading arrangements this year and are adapting accordingly.”