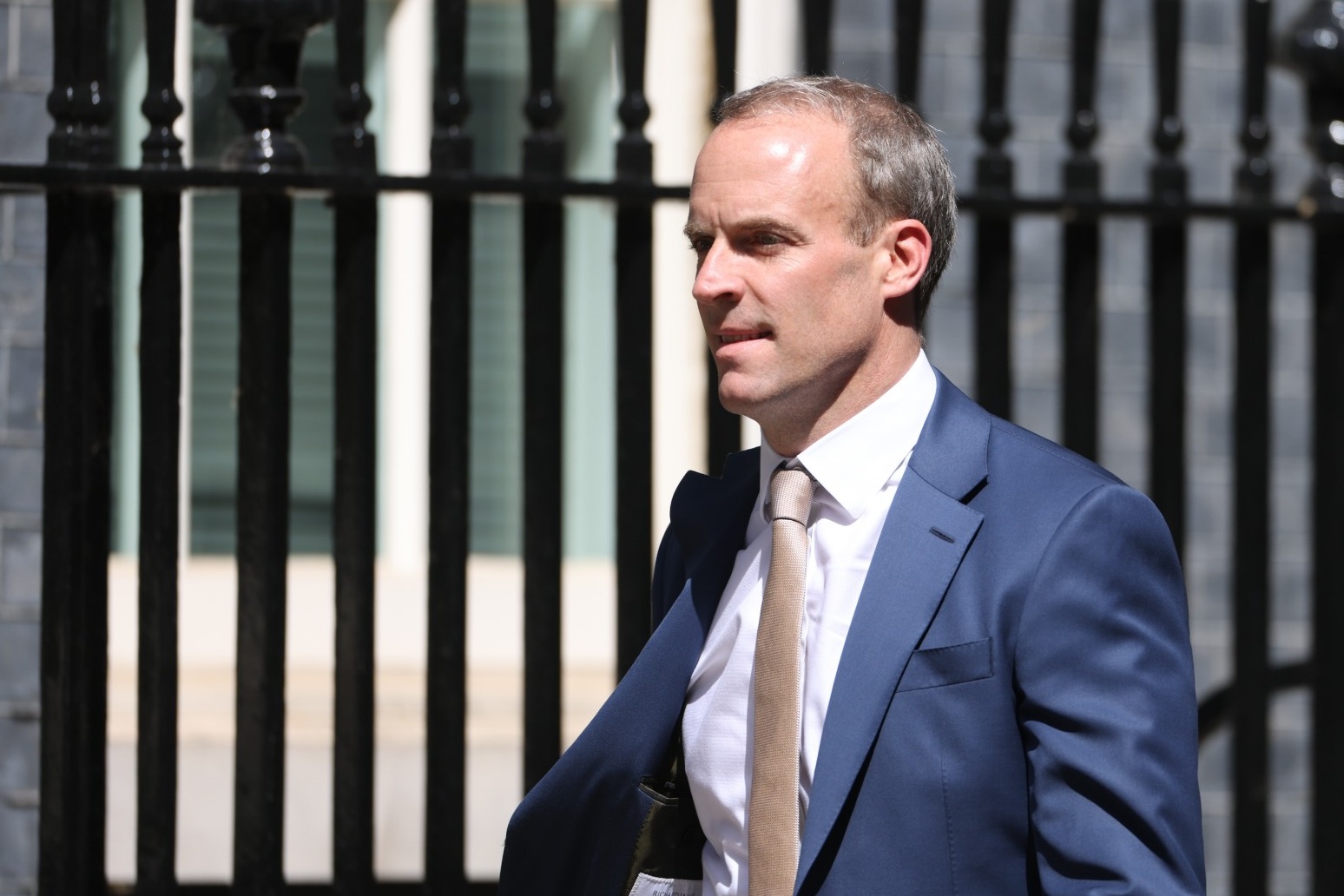 The Justice Secretary is reportedly considering introducing changes that could limit ministers’ accountability in judicial reviews.

According to a leaked Ministry of Justice (MoJ) paper, reportedly seen by The Guardian, Dominic Raab is weighing up a move that would likely make it more difficult for claimants who have concerns about decisions taken by public bodies to bring successful legal challenges against the Government.

The document reportedly states: “You (Mr Raab) have indicated that you are minded to consult on further reforms to judicial review.”

The paper says the document goes on to make suggestions for change “subject to your initial policy steers and the outcome of any consultation”.

Proposed changes in the document reportedly range from dictating the criteria judges must apply in cases, to increasing the cost burden if parties are found not to have standing.

An MoJ spokesperson said: “We do not comment on leaked documents.”

The Labour MP said: “This leak is yet more proof that the Lord Chancellor and this arrogant Conservative Government thinks that the law only applies to the little people.

“Whether it’s their attacks on judicial review, the billions of pounds of taxpayers’ money handed out to their mates in Covid contracts, the Partygate scandal or their so-called ‘Bill of Rights’, which will stop victims of crime getting justice, the Conservatives have shown their contempt for the British people.

Charlie Whelton, policy and campaigns officer at human rights group Liberty, told The Guardian: “This leaked document suggests that the government plans to make it even harder for people to challenge them and make themselves even less accountable to the public.

“Over the past couple of years, we’ve seen an unprecedented assault on our legal rights, including in the Judicial Review and Courts Act and through ongoing proposals to scrap the Human Rights Act. The government is determined to make it as difficult as possible to take them to court and hold them accountable for unlawful actions.

“Whether by putting up more barriers to bringing cases, overturning judgments they don’t like or blocking off more and more actions from challenge, the government’s attempts to avoid accountability set a very dangerous precedent for all future governments of all stripes.”

The Government has introduced plans for a Bill of Rights to replace the Human Rights Act, that would mean the UK does not always have to follow case law from from Strasbourg and the Supreme Court in London is the ultimate decision-maker on human rights issues.

The Government insists the reform would strengthen freedom of speech and prevent “trivial” legal claims, but opponents say it would limit the ability of citizens to challenge the state.