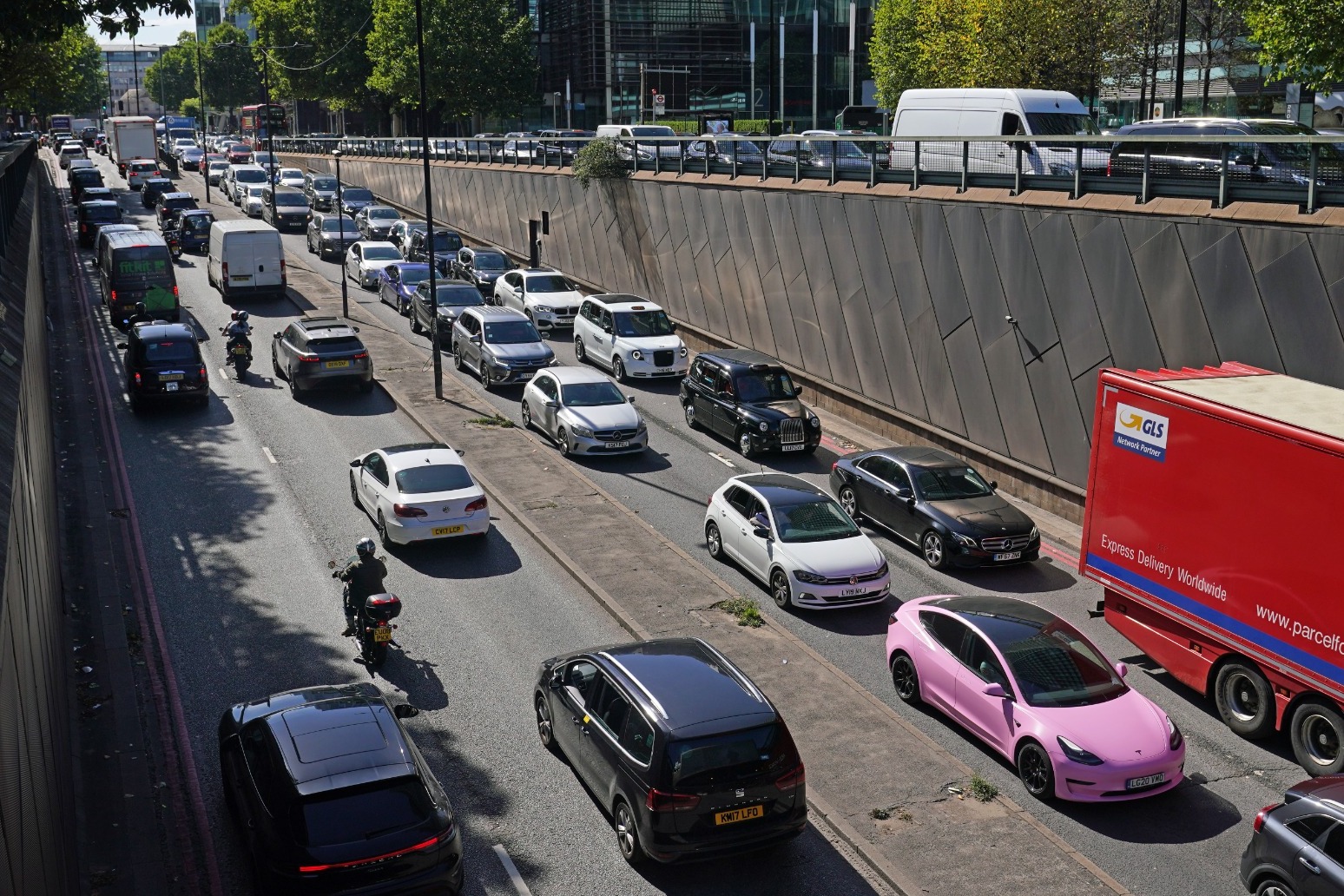 Drivers planning bank holiday getaways on Friday afternoon are being warned they could face severe delays.

The RAC expects 12.5 million leisure journeys will be made by car between Friday and Monday for what is the last public holiday before Christmas in the UK excluding Scotland.

Friday is predicted to be the busiest day for getaway trips, with the worst tailbacks likely to be between 2pm and 7pm, according to the breakdown rescue company.

Two probable blackspots for queues identified by traffic information supplier Inrix are the M25 between Bromley and the Dartford Crossing, and the M60 between Junction 7 for the A56 (Altrincham) and Junction 18 for the M62.

Motorists hoping to avoid the jams are advised to set off either before 7am or after 7pm.

RAC spokesman Rod Dennis said there has been no reduction in the number of vehicles breaking down this summer despite the increase in the number of people holidaying abroad compared with the previous two years.

“The UK’s roads are just as hectic this summer as they were a year ago,” he said.

“We’re expecting busy roads to continue throughout this bank holiday weekend, especially to major holiday destinations, with people eager to enjoy some time away before the new school terms begin in England and Wales.

“The South East and South West of England look as though they may bear the brunt of the traffic, with the message to drivers travelling through these regions clear – head off early in the morning or be prepared to sit in traffic.”

Mr Dennis urged motorists to ensure their cars are “road ready” by carrying out simple checks such as tyre pressure and oil levels.

Inrix analyst Bob Pishue said: “We expect to see an increase in travel times throughout the holiday weekend on major roads in the UK, with Thursday and Friday seeing the largest delays compared to normal.

“Drivers planning to get away are going to find themselves competing with commuters and holiday travellers for road space.”

He advised drivers to adjust their travel plans or “pack their patience”.

Train services on some key routes will be disrupted due to engineering work.

Network Rail said upgrades worth £90 million will be carried out, but stressed that 95% of lines will remain open.

A reduced timetable will be in place between Northampton/Milton Keynes and London Euston due to HS2 work between Saturday and Monday.

Projects to rebuild junctions mean there will be no trains to London’s Charing Cross or Cannon Street stations on Saturday or Sunday, with a limited service from Hastings and Tonbridge to London Bridge on both days.