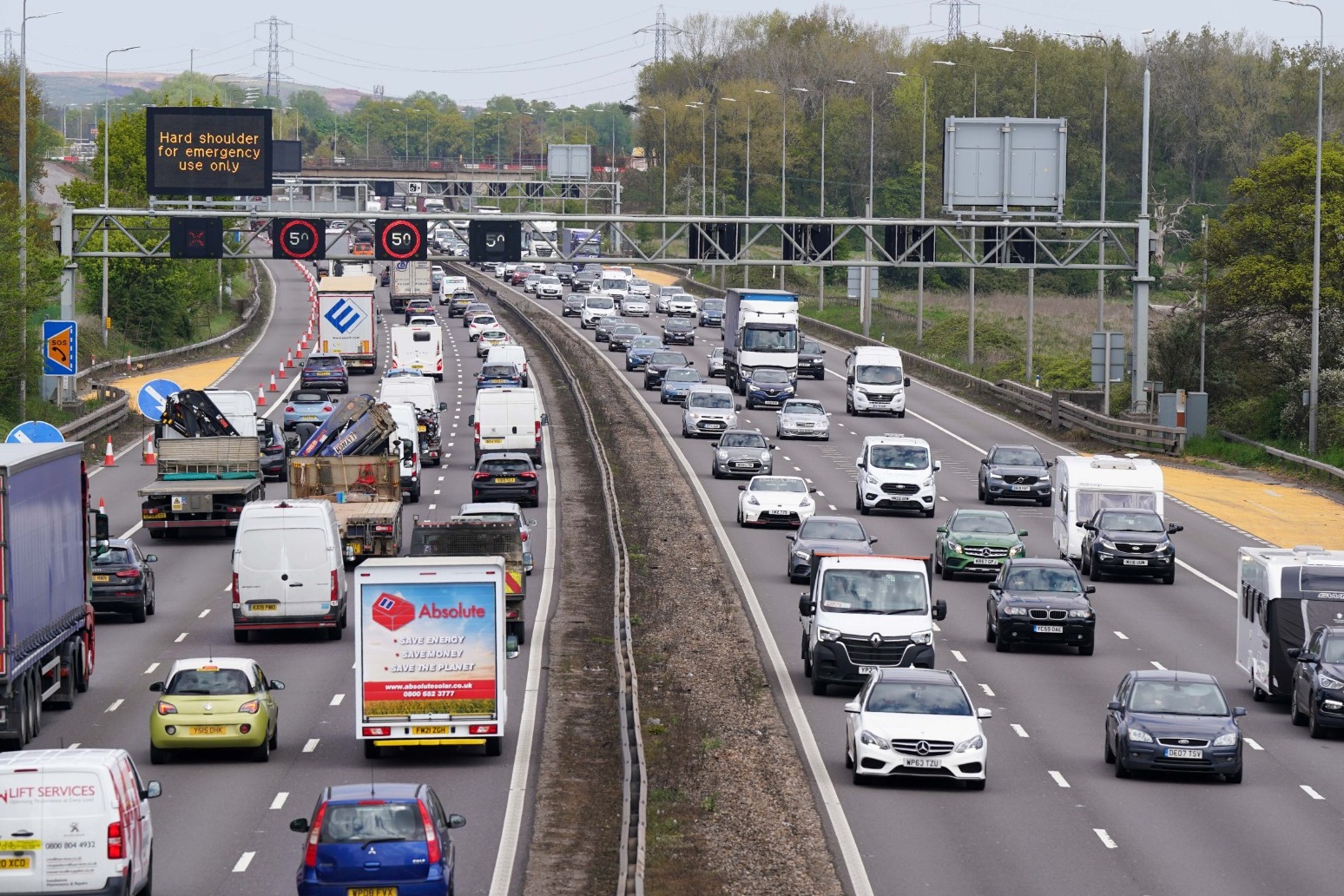 Motorists are being warned to expect a surge in traffic as train passengers switch to road transport during the rail strikes.

The AA predicted that the worst affected roads are likely to be main motorway arteries, as well as rural and suburban areas.

Drivers in Scotland and Wales are expected to face long queues as most railway lines there will be closed during the industrial action on Tuesday, Thursday and Saturday.

An AA route planner spokesman said: “Even though the strike is for three days, many travellers will give up on the trains for the whole week.

“It coincides with big events like Glastonbury and the Goodwood Festival of Speed, so drivers not going to those locations are advised to give the areas a wide berth.

“Generally we predict a big increase in traffic in Scotland, Wales and major routes across the UK.

“The impact will be slightly cushioned by record fuel prices deterring some and more commuters deciding to work from home but congestion will still be a problem.”

RAC spokesman Rod Dennis said the strikes will “inevitably lead to the roads being used more”.

He went on: “Major city routes as well as those serving the home counties are likely to see some of the biggest increases in traffic volumes as, even if rail lines are still open, there will be significantly fewer trains running.

“With strikes like these planned it’s perhaps little wonder that so many drivers across the country are dependent on their vehicles.

“Traffic jams aside, using a car often turns out to be the most practical and reliable way of getting around.”