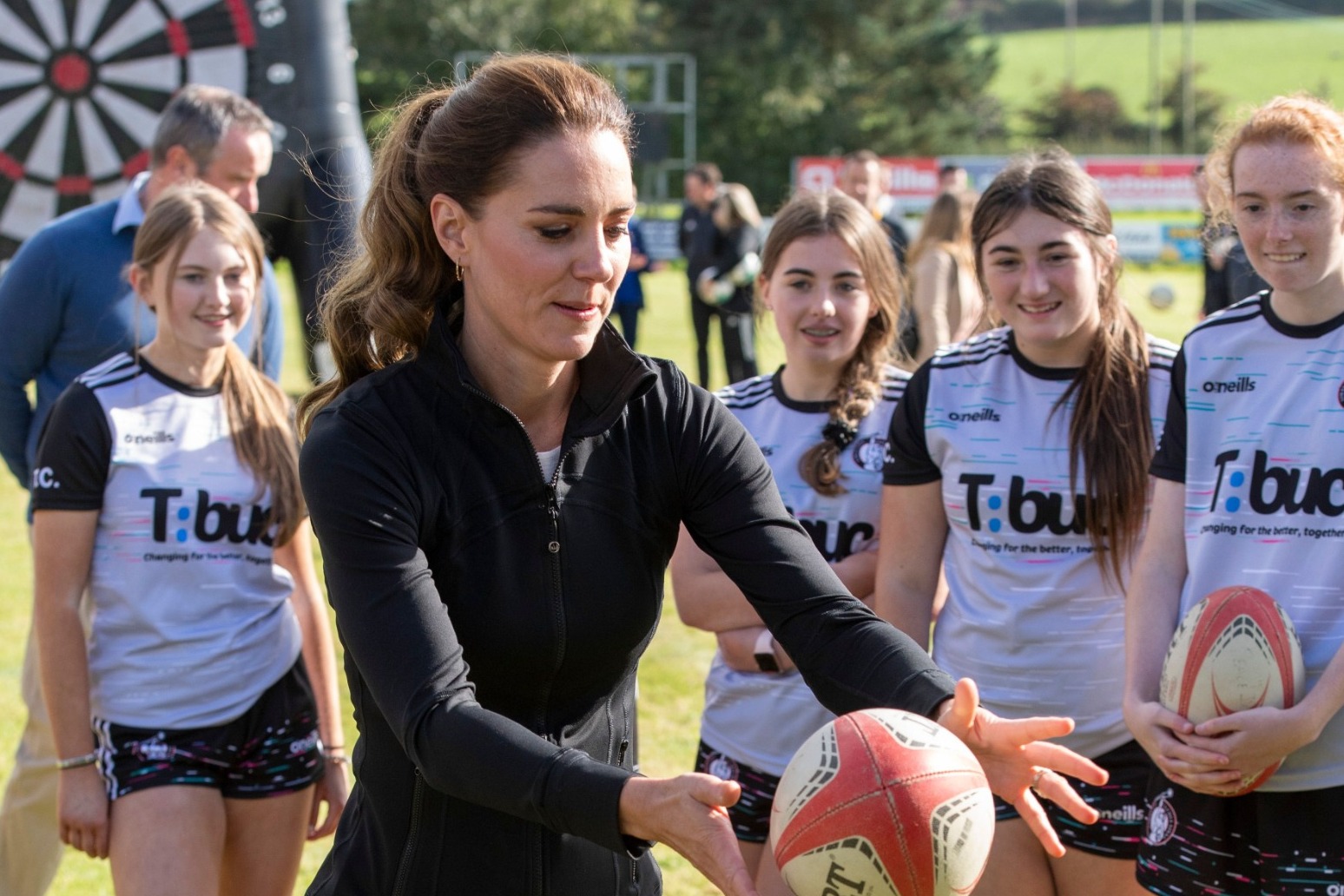 Kate was given the royal patronages by The Queen, and Kensington Palace said the high-profile sporting appointments “closely align with Her Royal Highness’ long-standing passion for sport and the lifelong benefits it can provide”.

It makes the duchess the first member of the royal family to officially receive one of the Sussexes’ past patronages and the confirmation comes ahead of the start of the Guinness Six Nations tournament this weekend.

In a new video released by Kensington Palace to mark her new patronages, Kate can be seen passing a rugby ball to players.

A personal message accompanying the clip on social media read: “I am so thrilled to become patron of the @TheRFL and @EnglandRugby.

“Two fantastic organisations who are committed to harnessing the power that sport can have in bringing communities together and helping individuals flourish.

“I look forward to working with them across all levels of the games, and to cheering England on in what promises to be an exciting year for both sports! C”

England’s first Six Nations game at Twickenham is against Wales on February 26, following away games against Scotland and Italy.

Kate’s new affiliation with England Rugby puts her in direct competition with husband the Duke of Cambridge, who is the Welsh Rugby Union’s patron.

It has long been reported that the duchess, seen as a safe pair of hands by The Queen, would be filling the gap left by Prince Harry when he was stripped of the roles in February last year as part of the 12-month review of the Sussexes’ decision to step down as senior working royals and move to the United States.

The duke, a passionate rugby fan who celebrated with England when they won the rugby union World Cup in 2003, had acted as RFU patron since 2016 and patron of RFL since 2017, taking over the roles from his grandmother.

Kate, 40, is known for her love of sport and is already royal patron of the All England Lawn Tennis and Croquet Club at Wimbledon, the Lawn Tennis Association, SportsAid and the 1851 Trust.

The RFU and RFL both welcomed the honour of Kate’s appointment.

RFU chief executive Bill Sweeney said: “We know the support of the duchess will be greatly valued from our grassroots clubs and fast-growing women and girls’ game, right up to our elite men’s and women’s England teams.”

Chief executive of the RFL Ralph Rimmer said: “We look forward to working with the duchess in the years to come and I know all levels of our sport will welcome her to the rugby league family.”