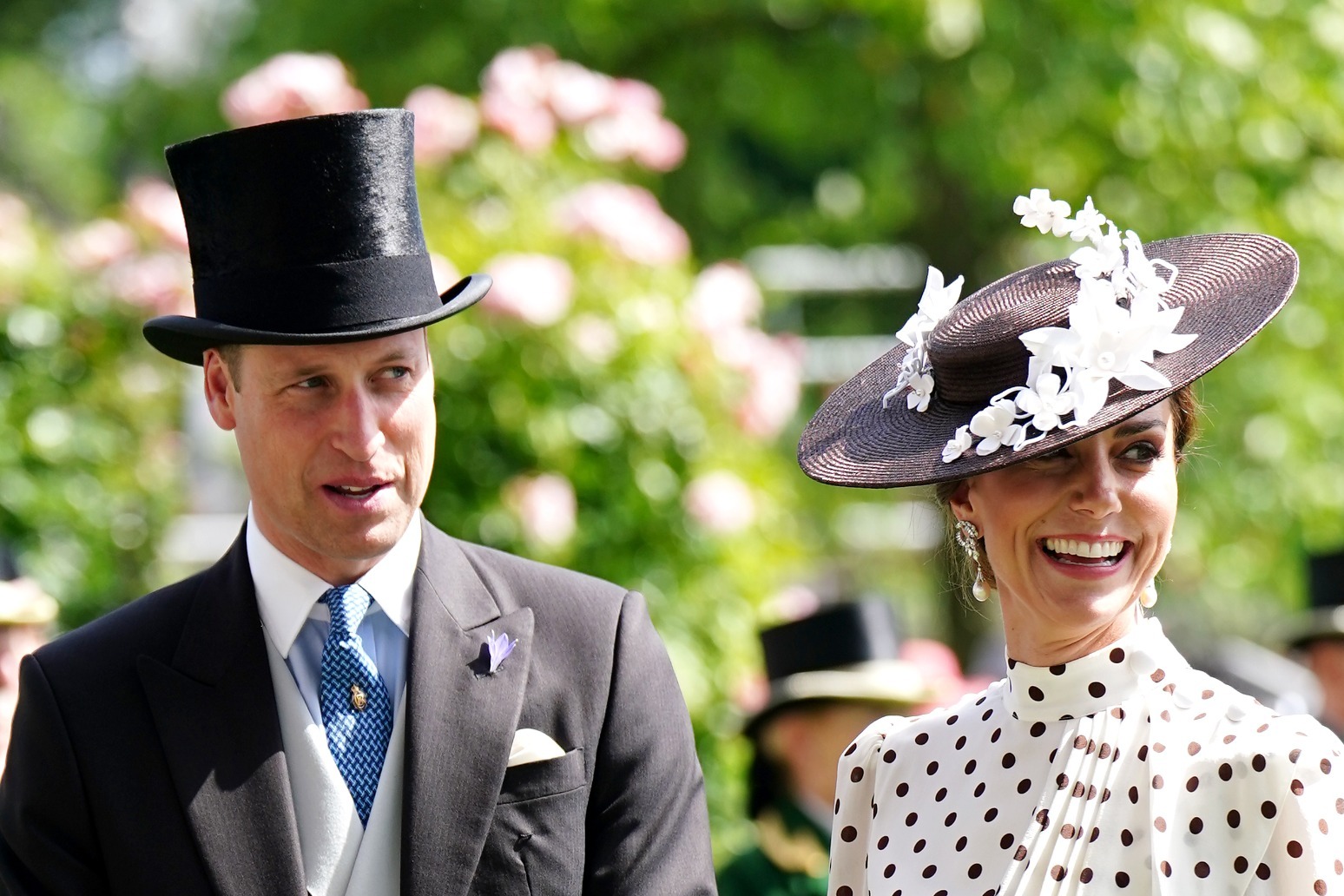 The Duke and Duchess of Cambridge were all smiles when they arrived at Royal Ascot as temperatures sizzled.

William and Kate have not attended the Berkshire meet for a number of years and received a cheer, which they acknowledged with a wave, when crowds in the parade ring caught a glimpse of the royal couple.

The Cambridges arrived in the traditional carriage procession leading the group of royal guests but again the Queen was missing from the famous racecourse.

In the following carriage was Peter Phillips and his girlfriend Lindsay Wallace, who attended a number of events with the Queen’s grandson over the Platinum Jubilee weekend.

With temperatures predicted to reach 31C (87.8F) but feeling hotter, organisers have announced that the dress code will not be enforced in all enclosures and racegoers will be allowed to remove jackets and ties now the royal procession had ended.

A spokeswoman for Royal Ascot said: “This is all to do with the consideration of safety and guests are able to bring in soft drinks and water to stay hydrated and comfortable in this lovely weather.”

A breeze intermittently whipped around the dresses of the female racegoers and Kate hung on to her hat, worn at a jaunty angle, as she chatted to guests in the parade ring.

Punters were reminded to stay cool during the heatwave and at one point, as the royals mingled in the parade ring, a message broadcast on the public address system said: “Please drink plenty of water all afternoon and keep hydrated.”

Royal Ascot racegoers appeared happy with the temperatures and did not adjust their clothing but one photographer ripped off his tie and jacket minutes after the procession had ended.

Eric Cheeseman, one of Royal Ascot‘s Greencoats, ceremonial ambassadors for the racecourse, was holding an umbrella to ward off the blistering sun from his velvet green uniform, complete with top hat and white gloves.

In the days of Queen Anne, who founded the racing meet when in 1711 she declared Ascot ideal for “horses to gallop at full stretch”, Greencoats would clear the course of people once the monarch and her party had taken to the stands.

Mr Cheeseman said: “I’m wearing a green velvet jacket and waistcoat and people often ask me, ‘Aren’t you hot?’, but I always said, ‘I’m no hotter than you’.

“But I’ve had to put some sunblock on, as it really is hot today.”

Katie Farrell, 47, and her family had found a practical way to keep cool in the searing heart, handheld electric fans they had bought after seen them on television.

Ms Farrell and her two daughters and soon-to-be daughter-in-law all carried the fans and the 47-year-old from Sevenoaks, Kent said: “We saw them on Lorraine Kelly’s show and I thought we’ll get those to combat the heat wave, They were £12 from John Lewis.

“It’s my first time with my girls and soon to be daughter-in-law, I’m not very good with racing tips we’re here for the fun and champagne.”