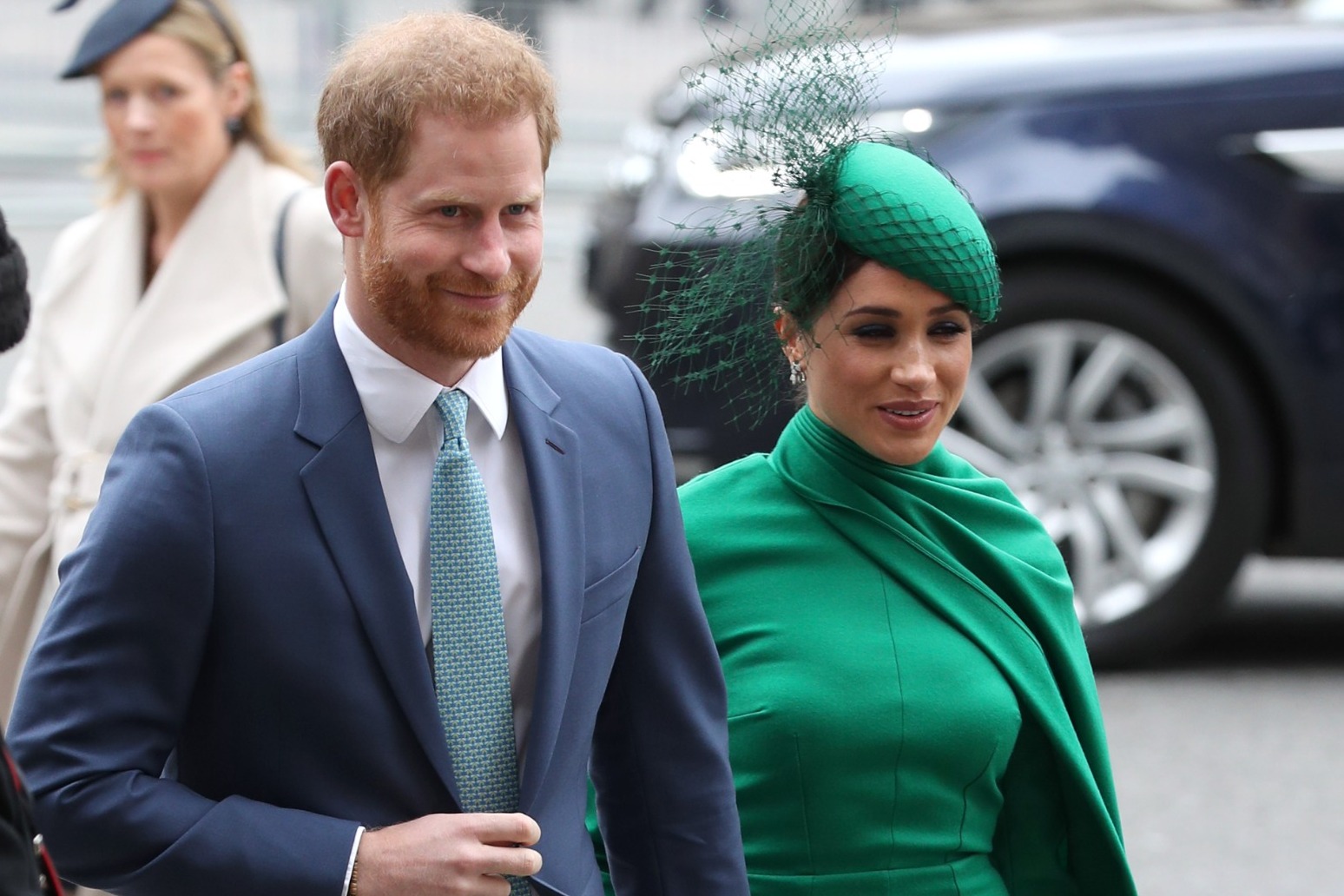 The Duke of Sussex said he and his wife had been “brought together for a reason” and shared a “commitment to a life of service” as they accepted a top accolade at the 53rd annual NAACP Image awards.

Harry and Meghan appeared in person at the ceremony to accept the President’s Award, which recognises special achievement and distinguished public service.

Accepting the award, Harry said: “I think it’s safe to say I come from a very different background to my incredible wife, yet our lives were brought together for a reason.

“We share a commitment to a life of service, a responsibility to confront injustice and a belief that the most overlooked are often the most important to listen to.”

Meghan added: “I couldn’t be prouder that we’re doing this work together.”

“We are so deeply humbled to be here in the company of such illustrious awardees.”

“This community knows what it means to speak up for what is right and to march forward is just,” said Harry.

“As the fight for justice for justice still remains, it’s time to extend this march to the world online, a place where hate and discrimination are fuelled instantly, propagated globally and felt deeply.”

Meghan added: “This is the era of the digital justice movement. We are proud to partner with NAACP and each of you to translate the vital efforts of those who came before us to the modern challenges that exist ahead of us.”

Harry wore a tuxedo while his wife wore a long blue dress, revealing her mother had also joined them for the occasion.

At the top of his speech, Harry acknowledged the ongoing crisis in Ukraine and called for support for the country’s people from the global community.

The NAACP, which stands for the National Association for the Advancement of Coloured People, was set up in 1909 in response to ongoing violence against black people.

It is the US’s largest and most preeminent civil rights organisation, with more than two million activists.

Its Image Awards celebrate outstanding achievements and performances of black and minority ethnic people in the arts.

Accepting his award virtually, the Pulp Fiction star acknowledged there were “still things we need to do”, referring specifically to the voting rights act.

Among other famous winners on the night were Will Smith and Jennifer Hudson, who received the awards for outstanding actor in a motion picture and for Entertainer of The Year, respectively.

Smith won the award for his performance in King Richard in which he plays the father of tennis stars Venus and Serena Williams, for which he is also nominated for a best actor Oscar.

Comedian and actor Anthony Anderson hosted the awards show for the ninth year in a row from a studio in Los Angeles.

Anderson also enjoyed his own success by winning outstanding actor in a comedy series for his role in ABC series Black-ish.

R and B queen Mary J Blige also performed at the ceremony, following her electric performance at the Super Bowl LVI halftime show alongside Dr Dre and Snoop Dogg.