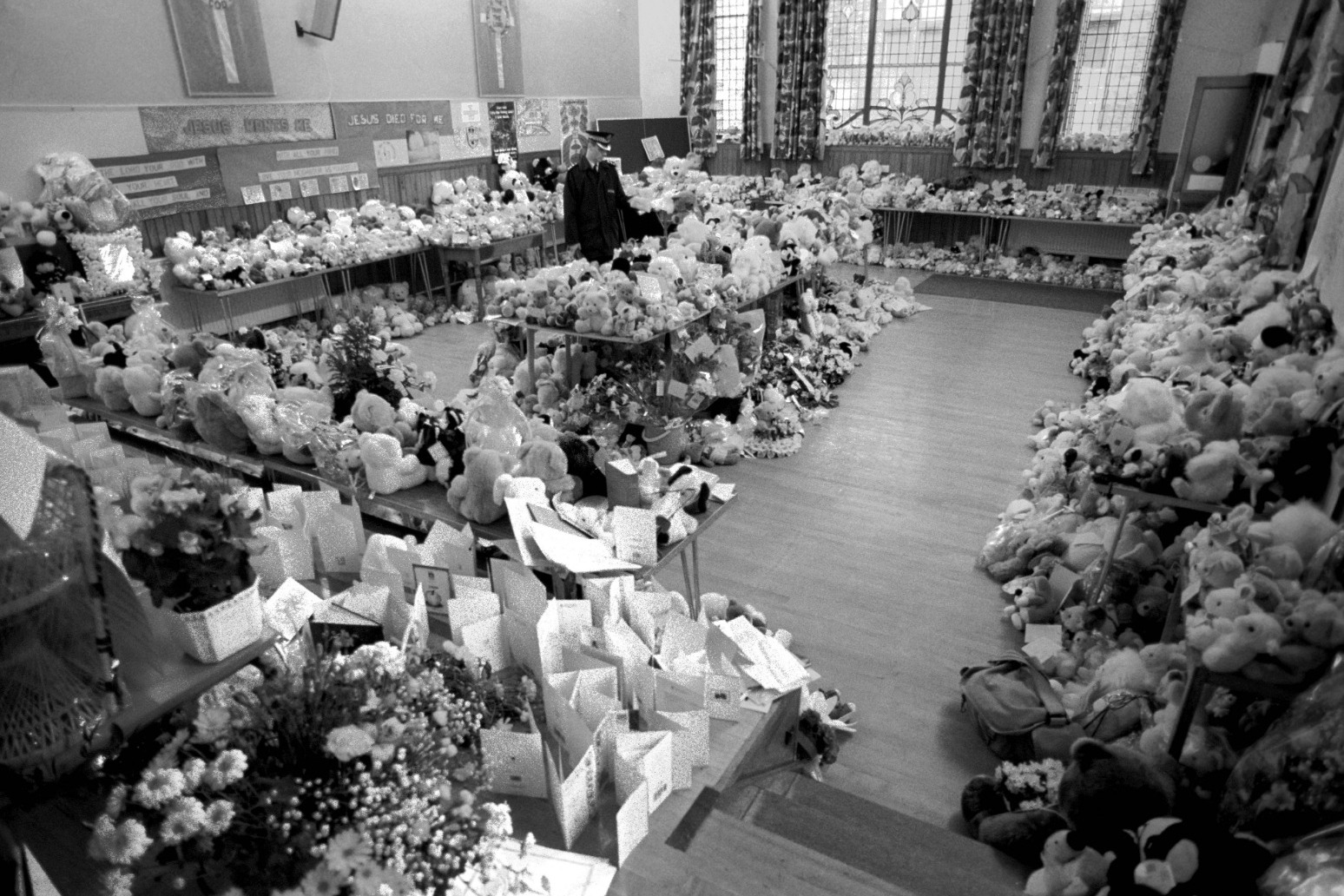 The 25th anniversary of the Dunblane tragedy will be marked privately by residents “as is the case every year”, a local minister has said.

Despite churches being closed due to the current coronavirus restrictions, Rev Colin Renwick, minister at Dunblane Cathedral, will hold worship online on Sunday and remember the victims in prayer.

Sixteen children and teacher Gwen Mayor were murdered by gunman Thomas Hamilton when he opened fire on a gym class at Dunblane Primary School on March 13 1996.

The massacre in the Stirlingshire town shocked the nation and led to the UK enforcing some of the strictest firearms legislation in the world.

Rev Renwick said: “Many people in Dunblane will be marking this particular anniversary as they mark March 13 every year – quietly, privately and with respect for those who lost their lives in the tragedy of 25 years ago.

“They will also be remembering those whose grief will always be deepest, and the people who still, in one way or another, bear scars.

“Some will light a candle in their home, spending time in quiet reflection, prayer and remembering.

“For those who lost someone in the tragedy, every day will be one of remembering in some way, and the anniversaries that will be just as poignant for them will be the birthdays of those they have lost, as they ponder what might have been.

“As is the case every year, the people lost, and those affected most profoundly, will be remembered in prayers in churches throughout the community, including Dunblane Cathedral, on the Sunday closest to March 13.

“Sadly, because of restrictions associated with the Covid-19 pandemic, Dunblane Cathedral, in common with all church buildings and other historic properties, is currently closed, and worship is being held online.”

Prayers during Dunblane Cathedral’s online service will include words inscribed on the memorial to the tragedy in the south aisle of the Cathedral: “Hear the Truth. Unless your hearts are changed and you become like little children, you will not enter the Kingdom of heaven at all.”

Rt Rev Dr Martin Fair, Moderator of the General Assembly of the Church or Scotland, said: “It was one of the darkest days in Scotland’s modern history.

“Such atrocities happened elsewhere until that day and nothing was quite the same afterwards.

“I’ll be taking time this weekend to pray for those who were left bereaved and for whom the remembering will be sore.”

Meanwhile, between 9am and 12pm on Saturday, Dunblane’s Holy Family Church will live-stream its commemorative stained-glass windows, erected to mark the anniversary, on its Facebook page.

A mass for the victims and their families will also be shown online at 5pm.

Parish priest Canon Basil O’Sullivan said: “My thoughts and prayers continue to be with those who suffered and lost so much 25 years ago.

“I will offer Mass for the victims on Saturday and pray for the bereaved families that they will find comfort and strength at what will be a very painful time for them.”

On Thursday night, a special programme marking the anniversary aired on STV with Lorraine Kelly revisiting the town where she reported on the news a quarter of a century ago.

Lynne McMaster, whose daughter Victoria Clydesdale was one of the children killed, told the programme how the five-year-old had a rash but still pleaded to go to school for PE, which was her favourite subject.

She said: “I relive that day over and over and over. Because she had gym that day, she wanted to go, so I’ve got the guilt of giving in to her.”

He told Lorraine: “Eventually I just had a complete breakdown and I tried to take my life. Luckily it wasn’t successful and I’m here today.”

Flags at Scottish Government buildings will also be lowered to half-mast on Saturday as an act of remembrance to mark the anniversary.

A Stirling Council spokesman said: “All those who tragically lost their lives in Dunblane Primary School 25 years ago will always be respectfully remembered by the school and the local community.

“While that dreadful event will never be forgotten, it is also important that the school and the town of Dunblane continues to heal and look forward, which is a recurring theme of the school’s annual spring assembly that takes place later this month.

“As always, on March 13, the Council will mark the anniversary respectfully and appropriately, in keeping with the wishes of the school and local community.”