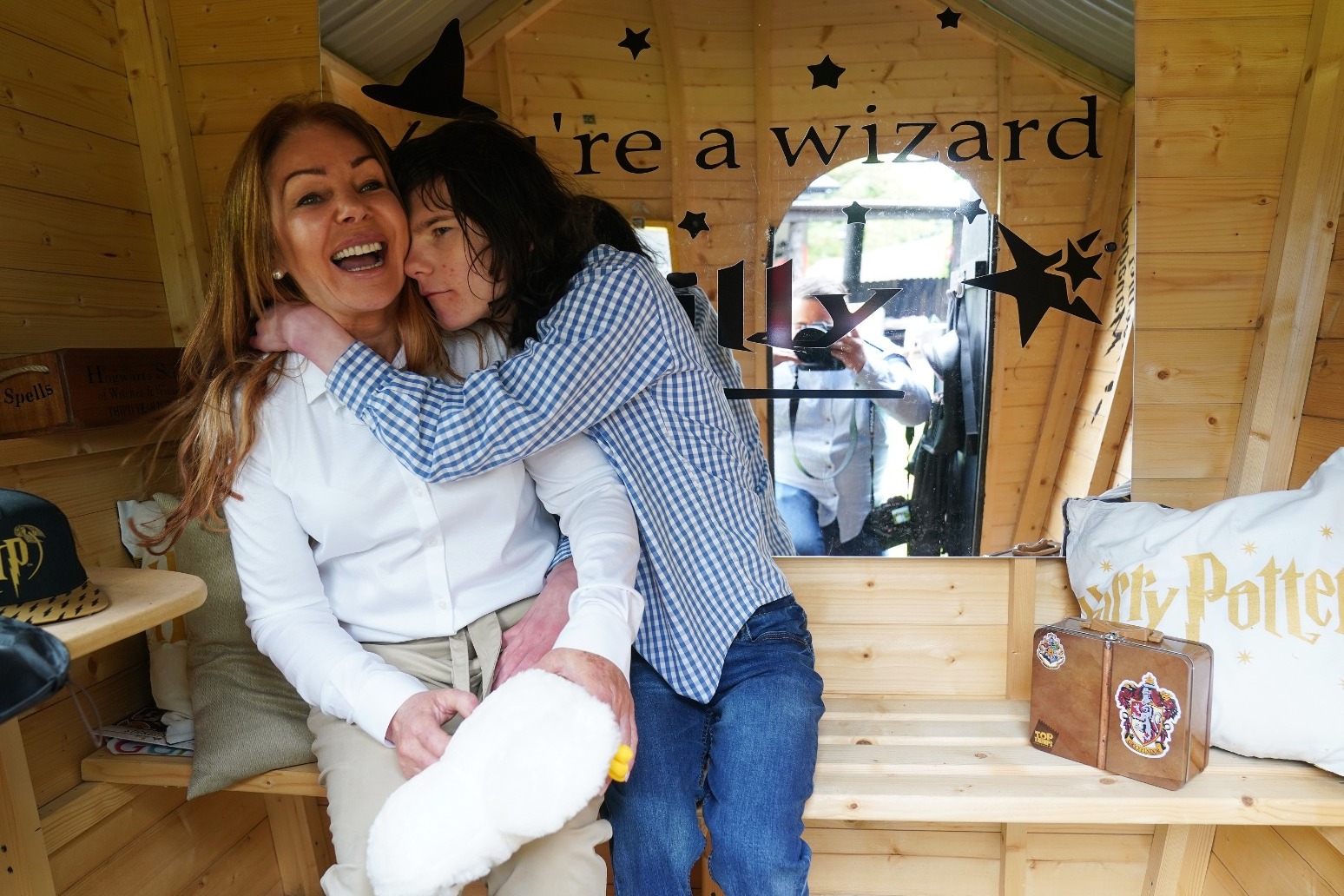 The mother of a boy with severe epilepsy has urged medical cannabis manufacturers to ease the financial burden on hard-pressed families.

Charlotte Caldwell said scores of families who contend with severe epilepsy are having to pay privately to get a prescription at a time when the cost of living is soaring.

Ms Caldwell and her son Billy, who are from from Castlederg, Co Tyrone, played a leading role in a campaign to secure a change in the law in 2018 allowing certain patients to access treatment through the NHS.

However she told the PA news agency that despite that breakthrough, it has been a difficult road for families like hers.

She was speaking on the fourth anniversary of the confiscation of her son’s medical cannabis at Heathrow Airport after returning from medical treatment in Canada. They had travelled there after their GP was unable to continue prescribing the medicine.

It was later returned to him after he became ill and was being cared for at London’s Chelsea and Westminster Hospital, where his NHS doctor notified the Home Office that Billy’s condition had become life-threatening.

Then home secretary Sajid Javid authorised the return of the medical cannabis, and in November that year changed the law to allow it to be prescribed by specialist doctors for certain conditions.

Ms Caldwell described the process of obtaining a health service-funded prescription for medical cannabis as cumbersome, and said many families have had to resort to private health care to get it or risk the black market.

She said four years after legalisation there are 1,486 NHS-funded prescriptions for medical cannabis in the UK.

But she said it is estimated that up to 60 paediatric epilepsy patients are unable to get NHS-funded medical cannabis and some are reportedly paying up to £2,000 a month to access it through private healthcare.

About 1.4 million people are using black market cannabis to treat a medical condition.

Ms Caldwell is offering her experience to advise families, and has made a number of pleas to government and medical cannabis manufacturers to ease the process.

She said a framework exists but it is only available to those aged 18 or older, leaving “forgotten children” who require full-time care left behind.

“The Refractory Epilepsy Specialist Clinical Advisory Service (RESCAS) was set up in 2020 to support paediatric neurologists when considering medical cannabis (and other new treatments) in cases of intractable epilepsy; its impartial recommendations are passed on to patients’ own doctor, and it was through this route that Billy had his NHS funding reinstated in October 2020,” she said, urging that it be extended to all ages.

Ms Caldwell is also asking medical cannabis manufactures to gift paediatric epilepsy patients their medicines while they are going through the RESCAS process.

She told PA: “While I am delighted that there is now a route to affordable and reliable medical cannabis treatment in the UK, I am saddened that it remains a complex and at times opaque process.

“Four years on from having Billy’s medicine confiscated from me at Heathrow Airport, I want to share the learnings of my experience with other families, for whom the journey need not be so fraught with complication, heartache and vast personal expense.

“I am also calling on medical cannabis manufacturers, who do so well out of private prescriptions, to put their medicine where their mouth is by gifting medical cannabis to patients seeking NHS funding.

“This would immediately relieve a huge financial burden faced by patients and their families, during which time I hope to help them navigate the complicated approval process.”