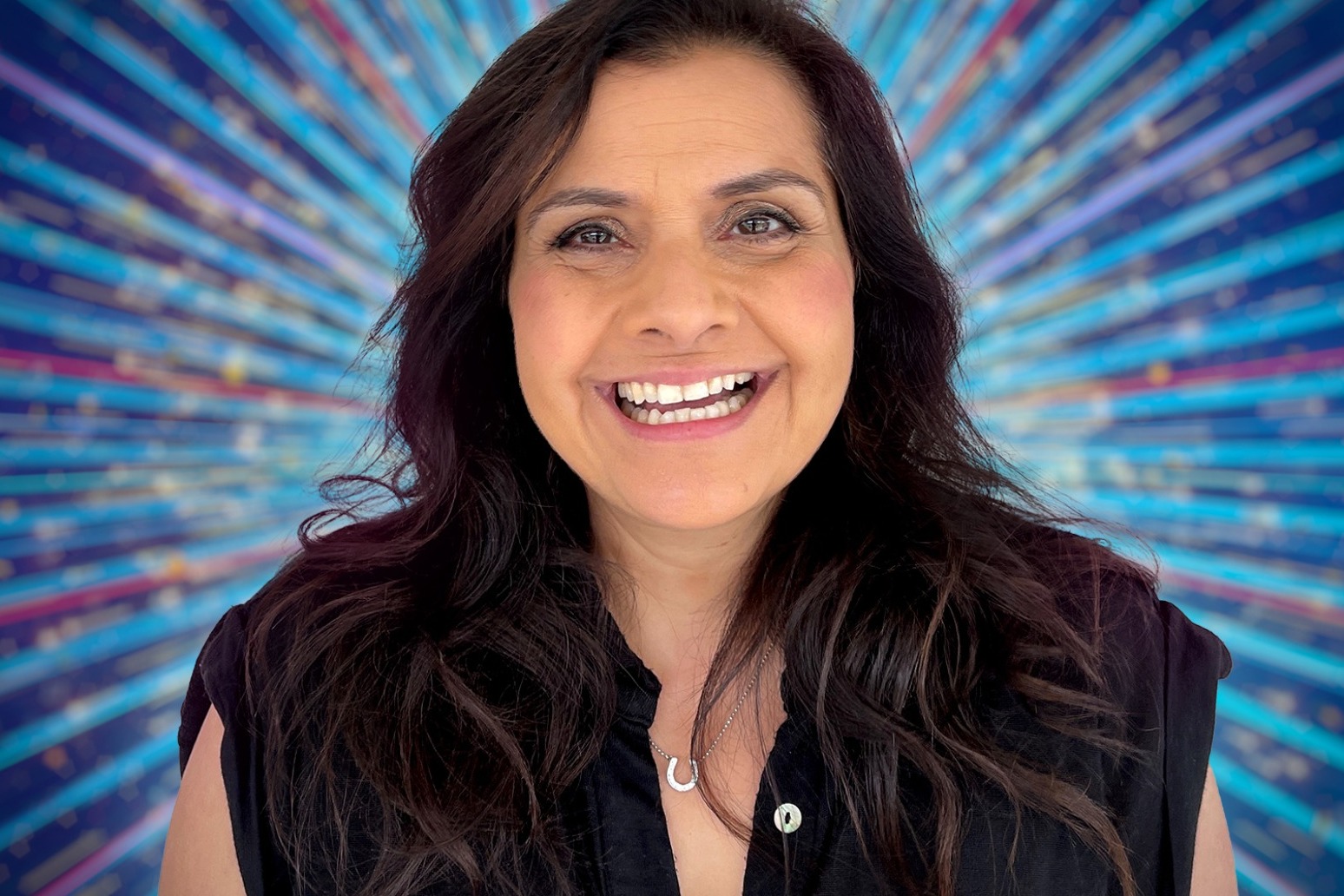 EastEnders star Nina Wadia is the 11th star to join the line-up of Strictly Come Dancing.

The actress is best known for playing Zainab Masood in the BBC soap.

She was unveiled on ITV’s Lorraine and said: “I’ve always danced like nobody’s watching, so if we blindfold the judges I could actually win Strictly 2021.”

She added: “I think I should do this before I’m too old any more.

“I think this is last year I’m ever wearing heels.

I think I think there’s a lot happened in the last couple of years and I just want to grab life by the balls.”

Addressing the outfits worn on the show, she said: ” I’ve always been a little bit of a tomboy, so this is going to be a bit of a struggle for me.

“And everyone keeps talking about a lot of sequins and a lot of tanning, but it should be fun, I’m looking forward to it.”

CBBC host Rhys Stephenson and former Bake Off winner John Whaite will also take to the dance floor in the BBC One series, with Whaite set to compete as part of the show’s first all-male pairing.