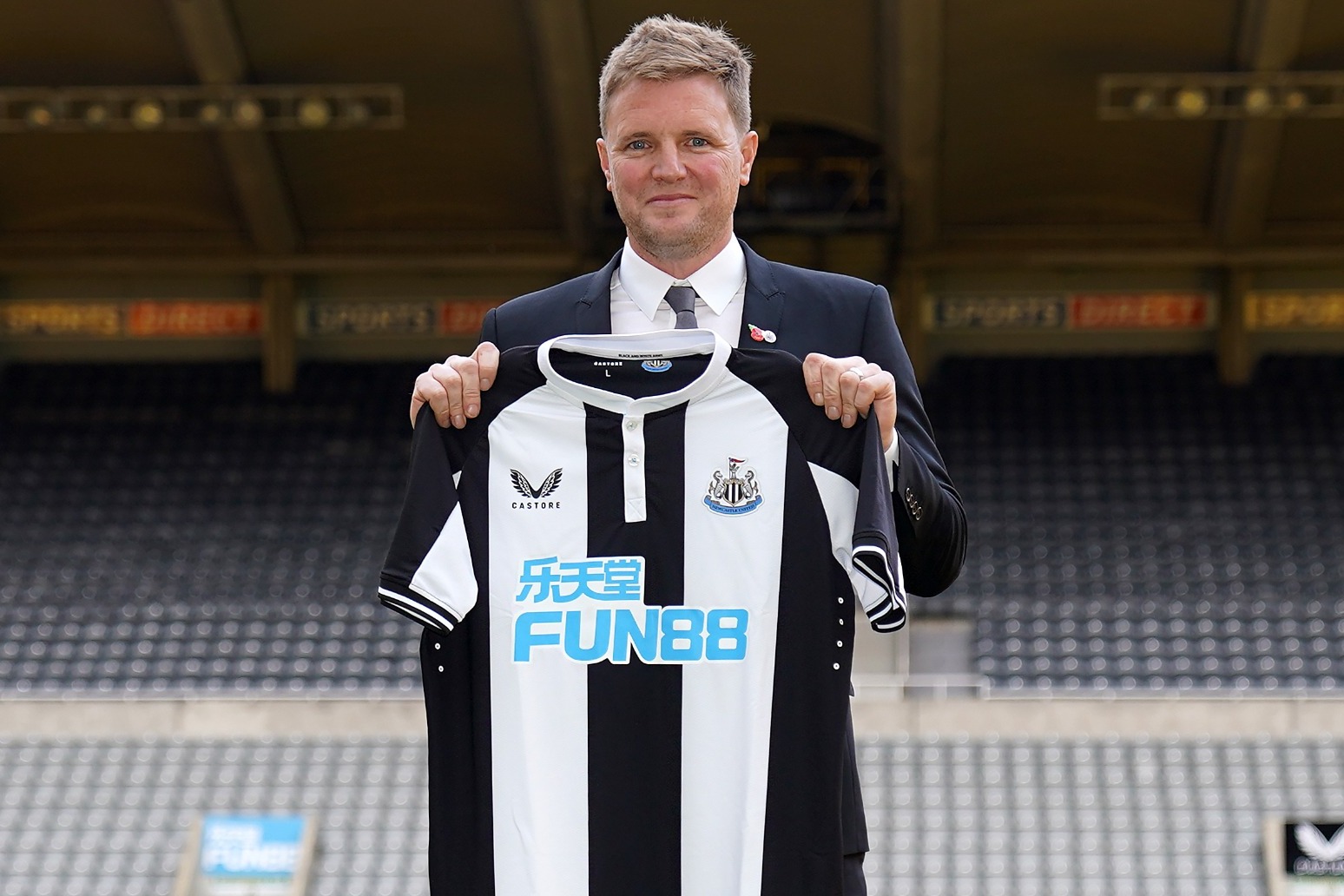 Eddie Howe will be absent from Newcastle’s first match since being appointed manager after testing positive for coronavirus.

Howe, named as Steve Bruce’s successor on November 8, will now be self-isolating while the Magpies host Brentford in the Premier League on Saturday, with assistant head coaches Jason Tindall and Graeme Jones leading the team.

Howe said in a statement released by the club on Friday evening: “I’m very disappointed that I won’t be there with you all at St James’ Park tomorrow, but it is incredibly important that I follow the guidelines and self-isolate.

“I’d like to reassure everyone that I feel fine, and while this is unwelcome news for me, I know it hasn’t derailed our preparations for what is an important game.

“I have been, and will be, in constant communication with my coaching team and the players, both tomorrow and during the week, and I know they will be giving everything on and off the pitch.”

At his pre-match press conference earlier in the day, the 43-year-old had spoken of his determination to shut out the noise surrounding Newcastle.

He has inherited a club where the pressure is unique, and does so with the threat of relegation – Newcastle are second-bottom of the table, five points adrift of safety and still without a win this season – and the repercussions of the Saudi-backed takeover having heightened scrutiny on Tyneside.

Howe, who insisted he would not lose any sleep over what lies ahead, said: “I have to separate myself from the noise because the noise isn’t going to help me in the job and my dealings with the players, so I think that’s going to be one of the most important factors for me.

“I have always prided myself with my work with the players, my interactions with them, the way that I have tried to improve them.

“That can’t change despite the bits of my job now, the demands on my time that are going to be huge. But I have to prioritise, so I think that’s going to be a key thing for me.

“You can sense that it’s a huge job. There’s a real yearning from the supporters to be successful, to produce a team that they enjoy watching – that’s the big challenge ahead for us.”

Newcastle’s plight is worrying – they have collected only five of the first 33 points on offer – and while Howe and his staff have time with which to play, that will run out quickly if they do not start to turn things around.

However, it is a challenge which does not faze him.

He said: “At Bournemouth, every year we were in a relegation battle. For the first four years, we achieved our objective and stayed in the Premier League.

“My first year at Bournemouth was also a relegation battle, so I’ve been in the position many, many times. It’s not nice, it’s not enjoyable to be fighting relegation.

“It’s not where I want to be, but it is the situation we find ourselves in and drawing on past experience is going to be helpful.”