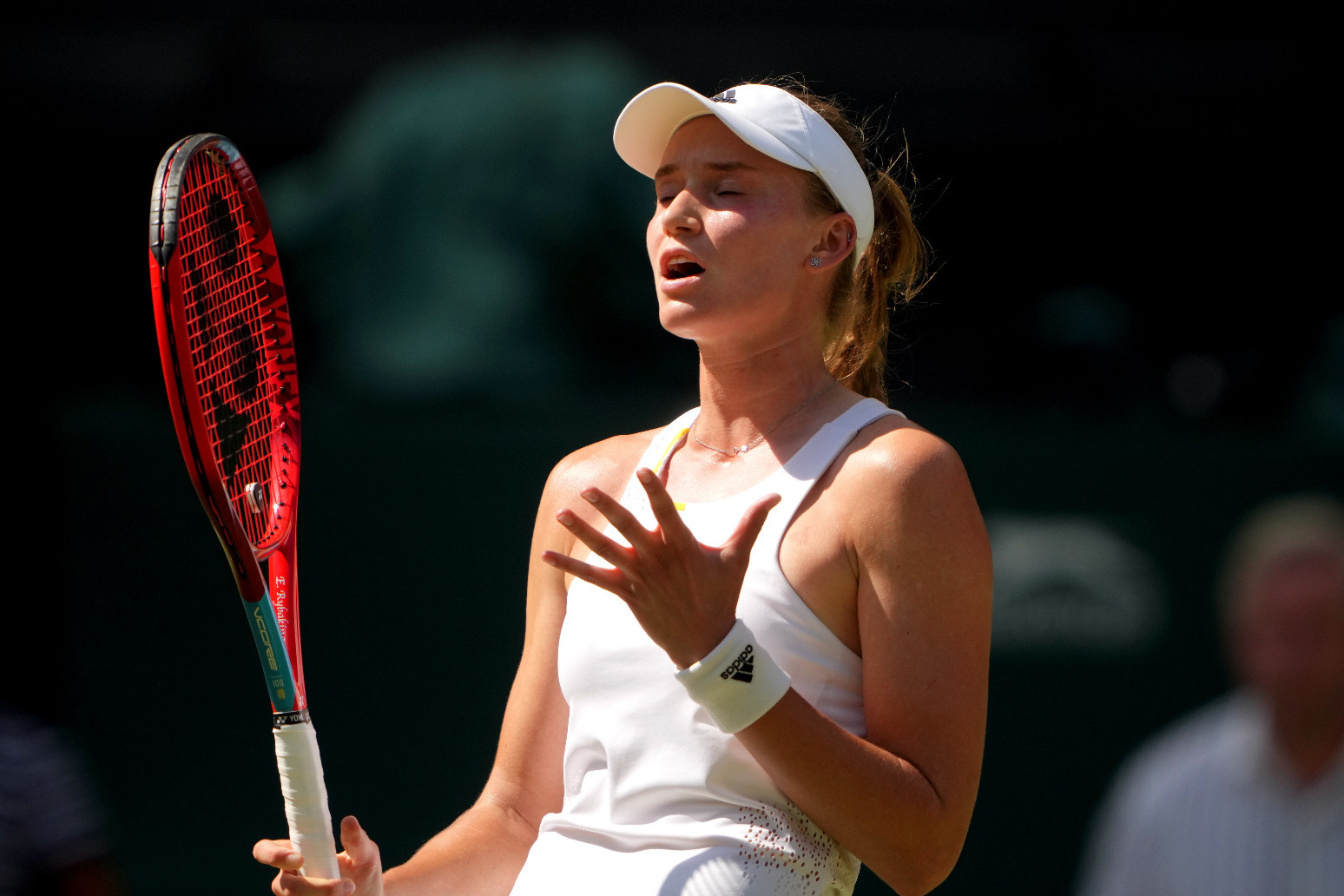 In the first women’s singles final at the All England Club between two new slam finalists for 60 years, the 23-year-old came from a set down to claim a 3-6 6-2 6-2 victory.

Rybakina has shown with her exceptional ball striking and calm temperament that she is a deserving major champion, but she has found herself caught in a storm not of her own making.

When Wimbledon organisers decided to ban Russian and Belarusian athletes following the invasion of Ukraine, it was partly to avoid the propaganda opportunities should British royalty end up presenting a player from one of those two countries with the trophy.

It was more than a little uncomfortable, therefore, that the Duchess of Cambridge did indeed give the Venus Rosewater Dish to a player born, raised and reportedly still a resident in Russia, but who switched to representing Kazakhstan for financial reasons four years ago.

Russian media have been celebrating Rybakina’s success and the outcome shows the difficulty of implementing such a policy in an individual and very international sport.

Tunisian Jabeur has blazed a trail for Arab tennis and had hoped to become the first African woman to win a grand slam singles title on the Muslim holiday of Eid Al Adha.

But she was unable to maintain a superb start to the match and instead it was the more consistent Rybakina who worked her way back into the match before clinching victory on her first match point, offering only the barest celebration to indicate she had just achieved the biggest moment of her career.

Jabeur swiftly sidestepped a question this week about the British political turmoil playing out a few miles away by branding herself the ‘Minister of Happiness’.

She was hamstrung by nerves at the French Open, failing to make it past the first round having arrived as one of the title favourites, but Jabeur looked to be having the time of her life in the early stages out on Centre Court.

She skipped and jumped around on the grass, letting out a loud yell when she broke Rybakina in the third game.

The 23-year-old’s serve has carried her to the final but Jabeur was on to it straight away and had no problem handling the flat pace of her opponent’s groundstrokes.

Jabeur has won more matches than any other player since the start of last season having taken time to grow into the varied game that is now her biggest strength.

The sweetest of dinked backhand passes in the fourth game had the crowd gasping, and she confidently handled the pressure moments to take the first set.

One of the most pleasing things about the final was the clash of styles, and at the beginning of the second set, with Jabeur throwing in a sloppy service game, it was Rybakina’s power that began to take over.

She began to read and chase down Jabeur’s drop shots and, after the Tunisian was unable to take any of three break back points in the fourth game, Rybakina pulled away, levelling the match with an ace.

Jabeur needed to wrestle back the momentum at the start of the decider but Rybakina did not let her, leaving the third seed screaming at her box in frustration as tactics that were working in the first set were met with a superior response.

The crowd were fully behind Jabeur and it seemed her moment had arrived when she had Rybakina at 0-40 in the sixth game only for the Kazakh to escape, and that was to prove her final chance.