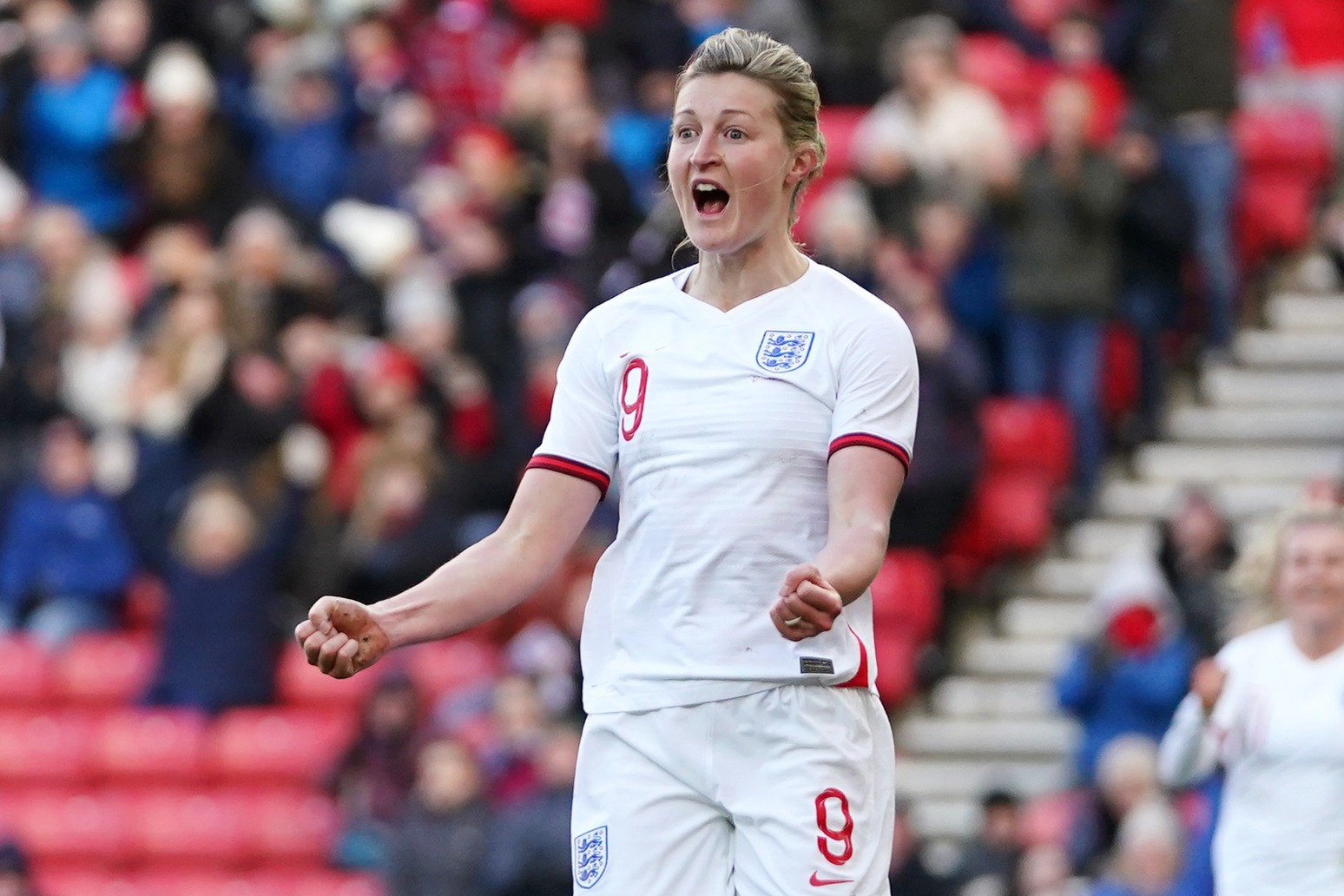 Ellen White will attempt to match and then eclipse Kelly Smith’s “outrageous” England goalscoring record still not quite believing she is being mentioned in the same breath.

The 32-year-old Manchester City striker marked her 100th cap with her 45th international goal on Saturday to hand Sarina Wiegman’s side a 1-0 World Cup qualifier victory over Austria, in the process taking her to within one of Smith’s tally.

She will hope for a chance to add to her haul when Latvia arrive at Doncaster’s Keepmoat Stadium on Tuesday having shipped 10 without reply against the same opposition in Riga last month, and that will represent a major landmark in her illustrious career.

White said: “Kelly’s such a phenomenal person and she was a phenomenal player. She’s a legend of the game and what she did for women’s football is incredible – and is still doing now – so to be in the same kind of breath as her is very strange for me because I’ve looked up to her for many years.

“What she did on the pitch was just outrageous, really. She was always two steps ahead of everyone and her goalscoring ability, her technical ability, her passion to play for England were incredible, so I’m really proud to be mentioned alongside her.

“She knows how much I respect and her and I’ve got so much love for her as well.”

Smith was a trailblazer for women’s football in England in a club career which took her to both sides of the Atlantic while representing her country at three European Championships and two World Cups and scoring 46 goals in the process.

White’s exploits for the Lionesses have been equally impressive since she scored on her debut – by coincidence, against Austria – in March 2010, and she has warned opposition defences that she has no plans to rest on her laurels just yet.

Asked if she remembered her first goal, she said with a smile: “Of course, it was my debut! It’s crazy how things work out, how it goes full circle, making my debut against Austria, scoring.

“I remember it vividly. Lianne Sanderson played an incredible through-ball, the goalie came out and I managed to dink it over the goalie. My parents and my husband still say now that it was like slow motion going in.

“To now make it to 100 caps against Austria as well and to score, it’s an incredible thing for me and my family, and to be surrounded by fantastic players at the same time, I feel really lucky.

Team-mate Fran Kirby, who set up Smith’s latest goal, has no doubt White will set a new mark sooner rather than later, and is keen to play a part in her big moment.

Kirby said: “She knows that we’ve all got her back and we all believe that she’s got the quality to go on and do it.

“Hopefully I’m on the pitch when she’s able to do it and celebrate it with her – and hopefully I’m the one that’s giving her the assist.”