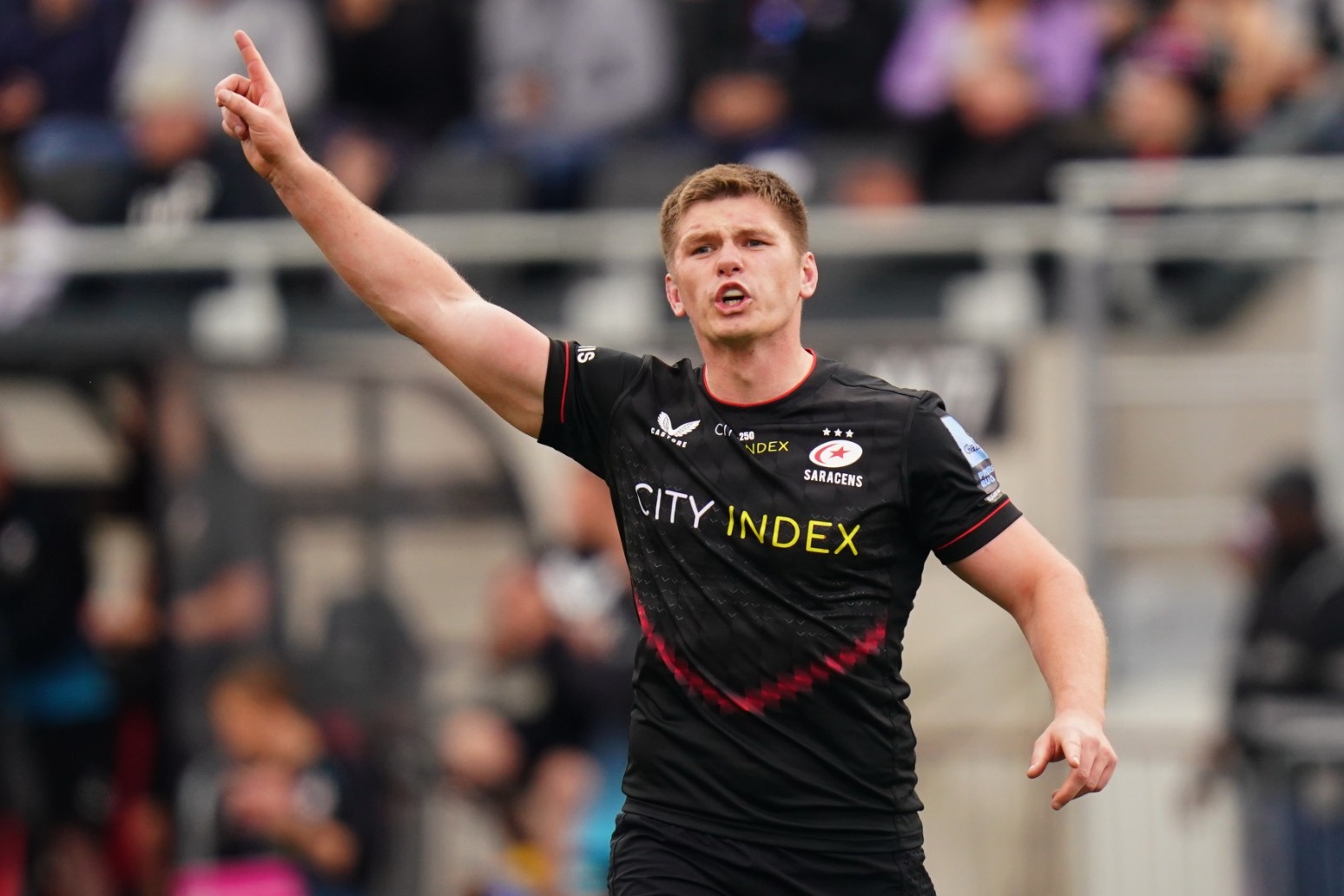 George Ford and Owen Farrell have been described as players “relentless in their pursuit of excellence” ahead of taking centre-stage in Saturday’s Gallagher Premiership final.

Tigers, chasing a ninth Premiership title in their first domestic showpiece final since 2013, were never replaced as regular-season league leaders across 24 games.

Saracens, meanwhile, are back on the big stage following their relegation to the Championship and £5.36million fine two years ago for repeated salary cap breaches.

“There are huge similarities between the two of them,” Leicester head coach and former Saracens captain Steve Borthwick said.

“They love rugby, they are relentless in their pursuit of excellence, the amount of training they would do, how driven they are to win.

“George is an incredible tactical leader and very astute in terms of what the team needs. He is a guy who wants to get better, and it is a privilege to work with him.”

Borthwick has handed a surprise Twickenham start to 39-year-old Richard Wigglesworth, who is handed the role of Ford’s half-back partner, with Ben Youngs on the bench.

Wigglesworth helped Saracens win European and Premiership crowns during his 10 years with the club before joining Leicester ahead of Borthwick’s first season at the helm.

Chris Ashton, the Premiership’s record try-scorer, also features for Leicester, with Guy Porter moving from wing to centre as replacement for an injured Dan Kelly.

Saracens show one change from the side that beat semi-final opponents Harlequins, as lock Nick Isiekwe takes over from Tim Swinson.

“I am excited about this team, the journey we are on, and it is another step for us,” Borthwick added.

“It is a really experienced Saracens team, their squad is packed full of international experience, so we know it is an incredible challenge.

“But that is the nature of games like this. You have got to be at your best.”

Reflecting on his Leicester reign, Borthwick said: “The first game we played was Exeter away (in August 2020), and we lost 26-13.

“About 20 minutes into the match, we were 6-0 up, then Exeter scored two or three tries quickly, and I thought ‘we are going to be tested here’.

“A team like Exeter can turn that into 50 points, because they are that good, but I saw our guys fight really hard, and I thought if I’ve got that, then I have got something to work with.”

Trying to outwit Borthwick on the tactical front will be Saracens’ long-serving rugby director Mark McCall, and a fascinating battle lies ahead.

Saracens’ England prop Mako Vunipola said: “His (McCall’s) ability to see the bigger picture is second to none, and his biggest strength.

“It is his ability to see that something we need to fix in September or October, otherwise it will come and bite us when we get to March or April.

“The direction he has given to us and for us as senior players, the openness he shares with us, is amazing.

“We take for granted as senior players the ability to talk to him, and for him to listen to some of our opinions.

“There are not many coaches that have the patience to deal with the number of personalities we have in the team.”