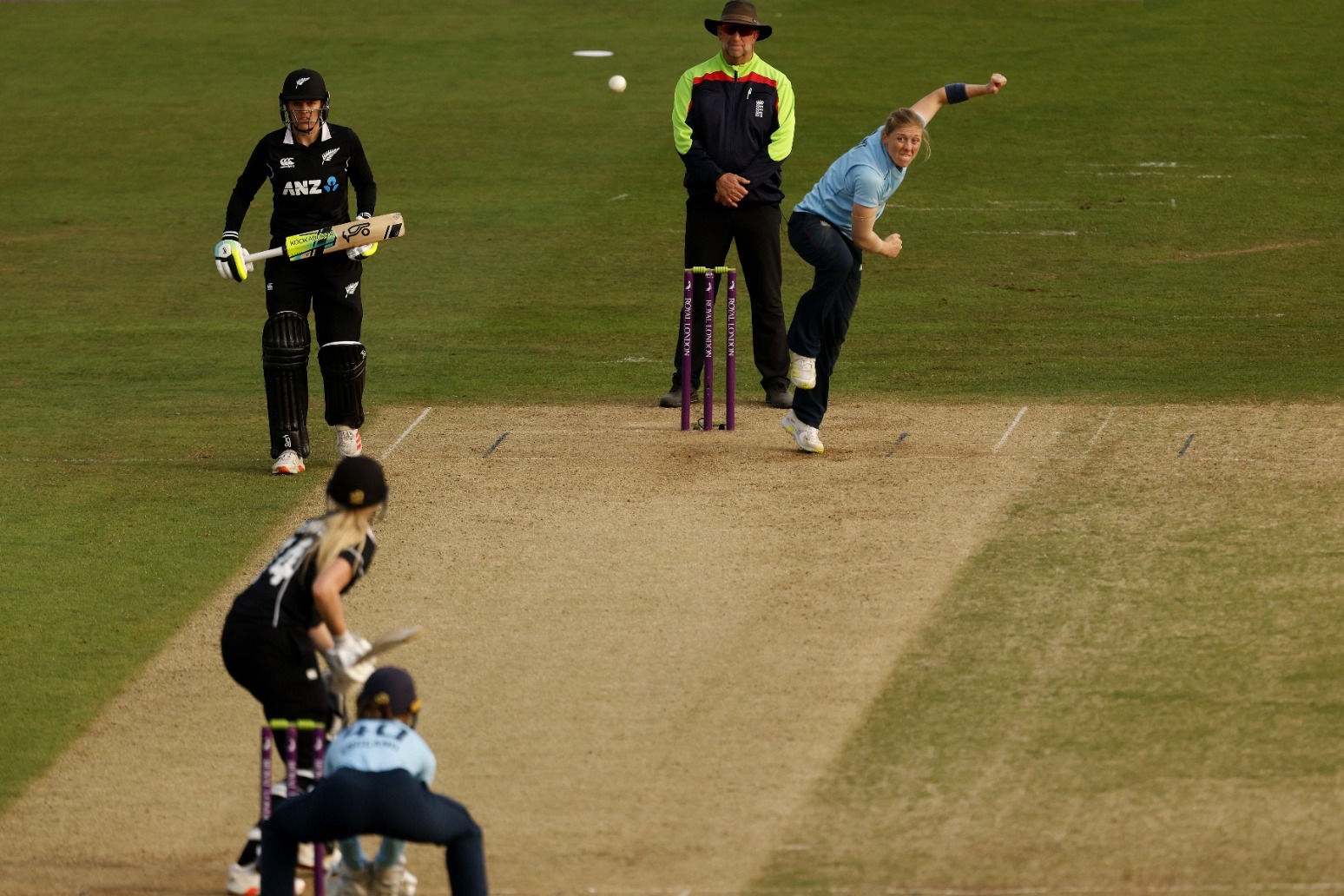 England have suffered their second defeat of the Women’s World Cup following a seven-run loss to the West Indies in Dunedin.

Sophie Ecclestone was the pick of the England bowlers as she claimed three for 20 off 10 overs before adding 33 unbeaten runs but the defending champions ultimately fell eight runs short of their victory target to finish 218 all out.

It was the second victory for the West Indies after they beat New Zealand in Friday’s opener with Shemaine Campbelle celebrating a half-century and Chedean Nation (49 not out) falling just short as they posted a total of 225 for six.

Campbelle’s 66, combined with an even contribution from the Windies bowlers and a spectacular catch from Deandra Dottin, delivered the victory, with the former bowled out in the 49th over by Nat Sciver.

Shamilia Connell claimed three England scalps with Hayley Matthews and Anisa Mohammed getting two each as they restricted their opponents, with opener Tammy Beaumont (48) top scoring in reply as she just fell short of her half-ton when she fell lbw to Mohammed.

Sophia Dunkley added 38 as the defending champions built on their total with Danni Wyatt hitting 33 but their efforts proved in vain.

England were given hope by a ninth-wicket stand of 61 between Kate Cross and Ecclestone, only for Cross to be run out for 27.

West Indies had earlier been reduced from 81 for no losses to 98 for four with Dottin and Hayley Matthews putting on an impressive first-wicket stand before Ecclestone claimed three of the first four wickets.

But a partnership of 123 between Campbelle and Nation lifted the Windies to their 225 total as they moved second – behind Australia – in the table following an unbeaten start, while England languish winless in sixth.

England are next in action against South Africa in Mount Maunganui on Monday.