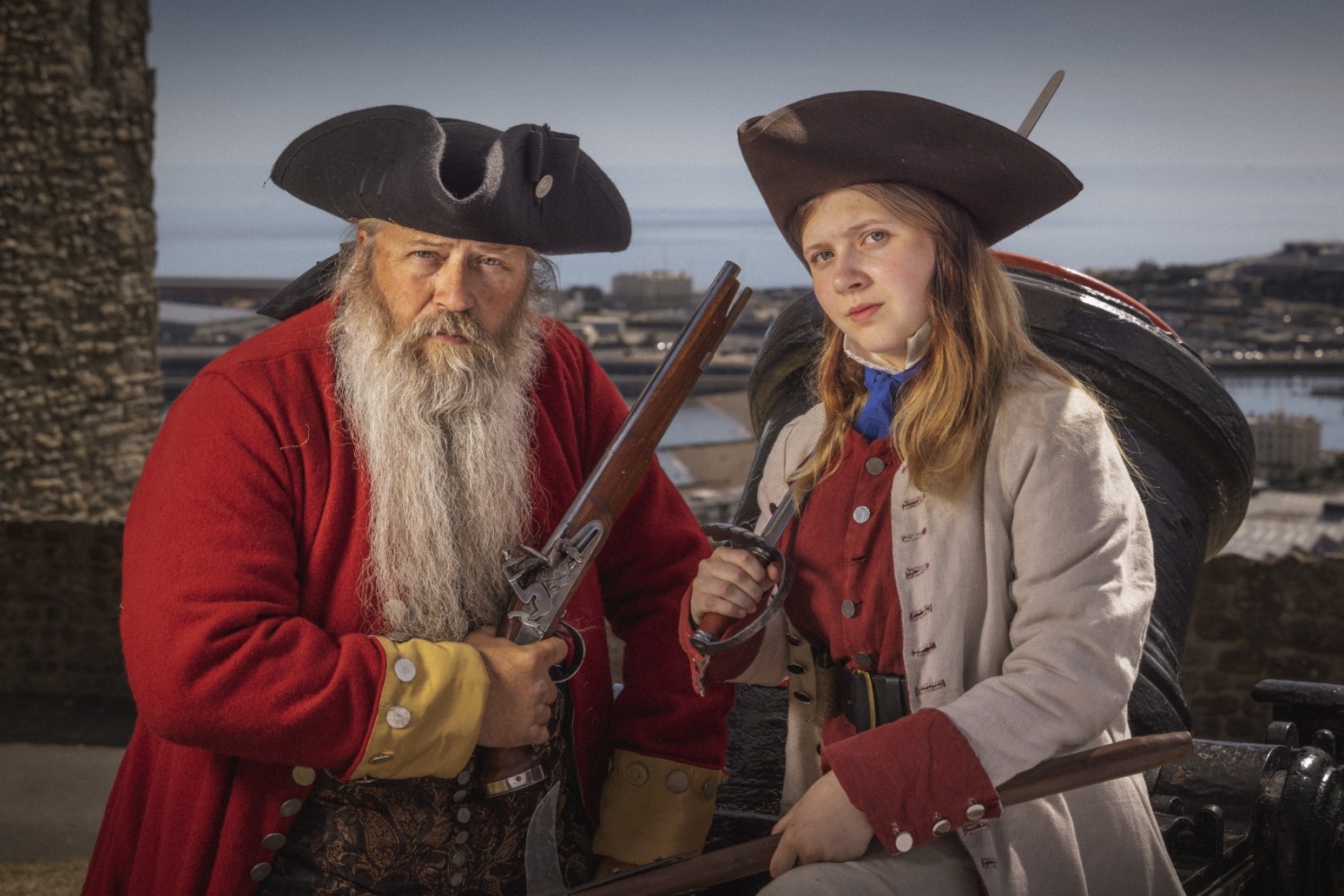 Freyja Eagling, 18, will take part in re-enactments at Pendennis, Dover and Scarborough castles this summer as part of a new series of live events.

Despite only recently completing her A-levels, Eagling has years of experience as a historic interpreter.

She has previously taken on the roles of medieval and Tudor characters alongside her father and fellow enthusiast Tim.

Eagling said: “When I was growing up, other children were learning about history from a textbook but I got the opportunity to actually stay at castles and soak up their stories.

“I’ve just finished my A-levels but I already know that I want to continue with this as a profession – it’s in my blood.

“In order to be a pirate I’ve had to get used to dressing as a male sailor and learn how to safely use pistols and guns as part of the performance.

“I’ve also been learning how to sword fight for over a year now and it takes a lot of practice. It’s a skill that requires balance, speed and most importantly precision, but it will all be worth it when I can perform alongside the men – female pirates were just as fierce and I can’t wait to prove it.”

The most famous real-life pirates lived during the Golden Age of Piracy between the 1650s and 1730s, operating in the Caribbean from the islands of Tortuga and New Providence.

Although most were men, some women also chose a life of piracy, often disguising themselves as the opposite sex.

Anne Bonny, from Cork in Ireland, and English-born Mary Read, were among the most famous female pirates of the time.

Both joined the crew of John Rackham, known as Calico Jack, but in 1720 they were caught and the male members hanged.

A separate trial of the women took place and though they were found guilty of piracy and condemned to death, both revealed they were pregnant and so were saved.

Read died a few months later in prison but Bonny is believed to have lived to 84.

Eagling will not portray those figures but a “myth-busting” segment of the show will address the kind of lives they would have actually lived.

Samantha Stones, English Heritage’s properties curator, said: “Tales of swashbuckling pirates have been around for centuries, and pirates are a big part of our culture today – from Long John Silver to Captain Jack Sparrow – but not so many people know that there were also female pirates.

“During the Golden Age of Piracy, women like Anne Bonny and Mary Read, who often dressed in men’s clothing to escape suspicion, made a name for themselves by fighting alongside the men and, according to witnesses, were the fiercest members of the crew.

“We wanted to give female pirates their due and it’s brilliant that Freyja will be taking a starring role and helping us to tell these important histories at our Pirates! events this summer.”

More information is available via the English Heritage website.