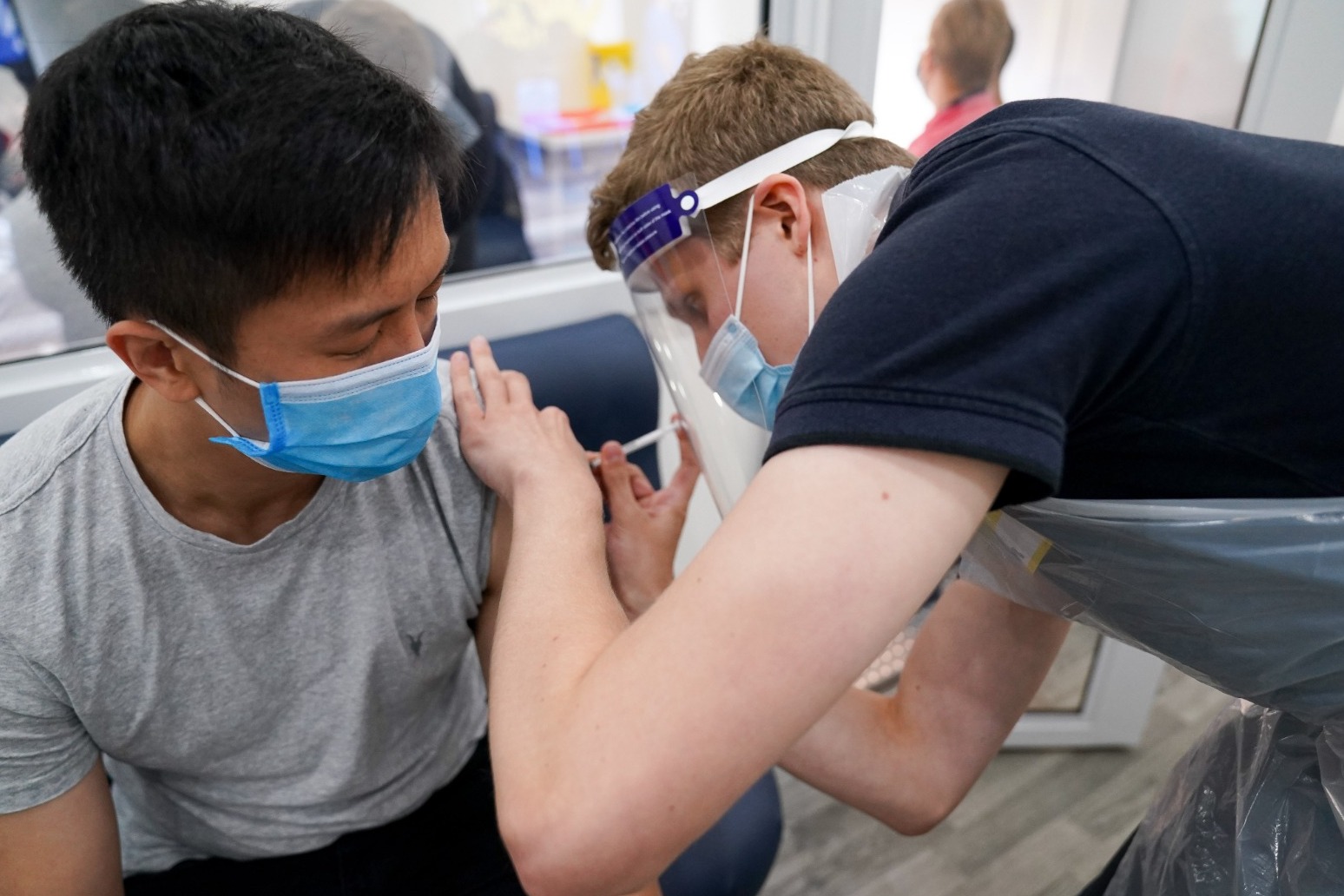 More than 3.8 million first doses have been delivered since the first grab-a-jab weekend at the end of June – more than 400,000 a week, NHS England said.

It has enabled people to turn up and get vaccinated at festivals, mosques, town halls, football grounds and other sites without prior booking.

Analysis of one weekend in July found two in five of the 80,000 walk-in doses were administered to people from ethnic minority backgrounds.

Since the campaign was launched, more than 700,000 people from ethnic minority backgrounds have been protected, NHS England said.

The fastest growth in vaccinations has been in people of mixed Asian and white backgrounds, rising by almost a quarter from 81,933 people having received a first dose by June 20 to 101,140 by August 22.

In comparison, over the same period the rise in first doses among white people was 11.1%.

She said: “This hard work is paying off and we are protecting people that were previously reluctant to get the vaccine, building on work we have already done, such as tackling misinformation online, translating materials into more than 20 languages and working with faith and community leaders to promote the vaccine’s safety.

“The vaccine is safe, effective and could save your life, and if you have any lingering questions or concerns, please come forward and speak to a trusted healthcare professional.”

“Our wonderful NHS staff and volunteers have gone above and beyond to make the vaccine as accessible as possible, rolling out the programme at a variety of sites including places of worship, festivals and sporting venues.”