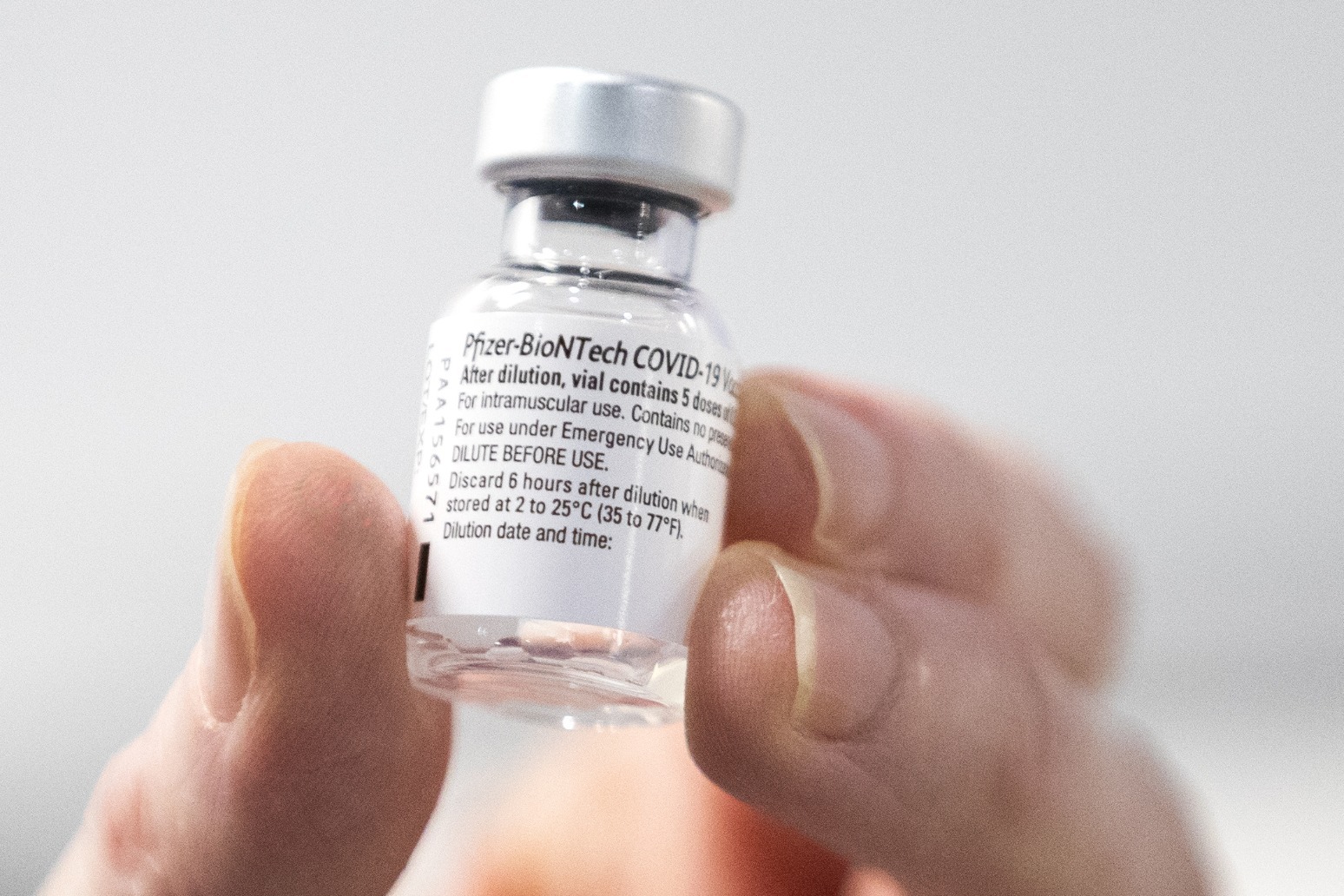 The Pfizer/BioNTech coronavirus vaccine can be stored at fridge temperature for much longer than previously recommended, according to the European Medicines Agency (EMA).

Previous advice was the vaccine needs to be kept at an ultra-low temperature, between minus 70C and minus 80C, until a few days before use when it can be transferred to a standard medical fridge.

The EMA said in a statement it had extended the approved storage period for an unopened thawed vial when kept in a fridge between 2C and 8C from five days to one month.

“The change was approved following assessment of additional stability study data submitted to EMA by the marketing authorisation holder,” the agency said.

It added increased flexibility in the storage and handling of the vaccine is expected to have a “significant impact” on the planning and logistics of vaccine roll-out in EU member states.

The antibody response in people aged over 80 is three and a half times greater in those who have the second dose after 12 weeks, compared with a three-week interval, the study led by the University of Birmingham, in collaboration with Public Health England, found.

BioNTech said on May 10 there was no evidence its jab needs updating to protect against variants.

The UK Government has ordered an extra 60 million doses of the Pfizer/BioNTech Covid vaccine as part of its plans for a vaccination booster programme this autumn.

It is thought that the most vulnerable groups of people, including the elderly, will be offered another jab before next winter.

The extra order brings the total number of Pfizer doses ordered by the UK to 100 million.