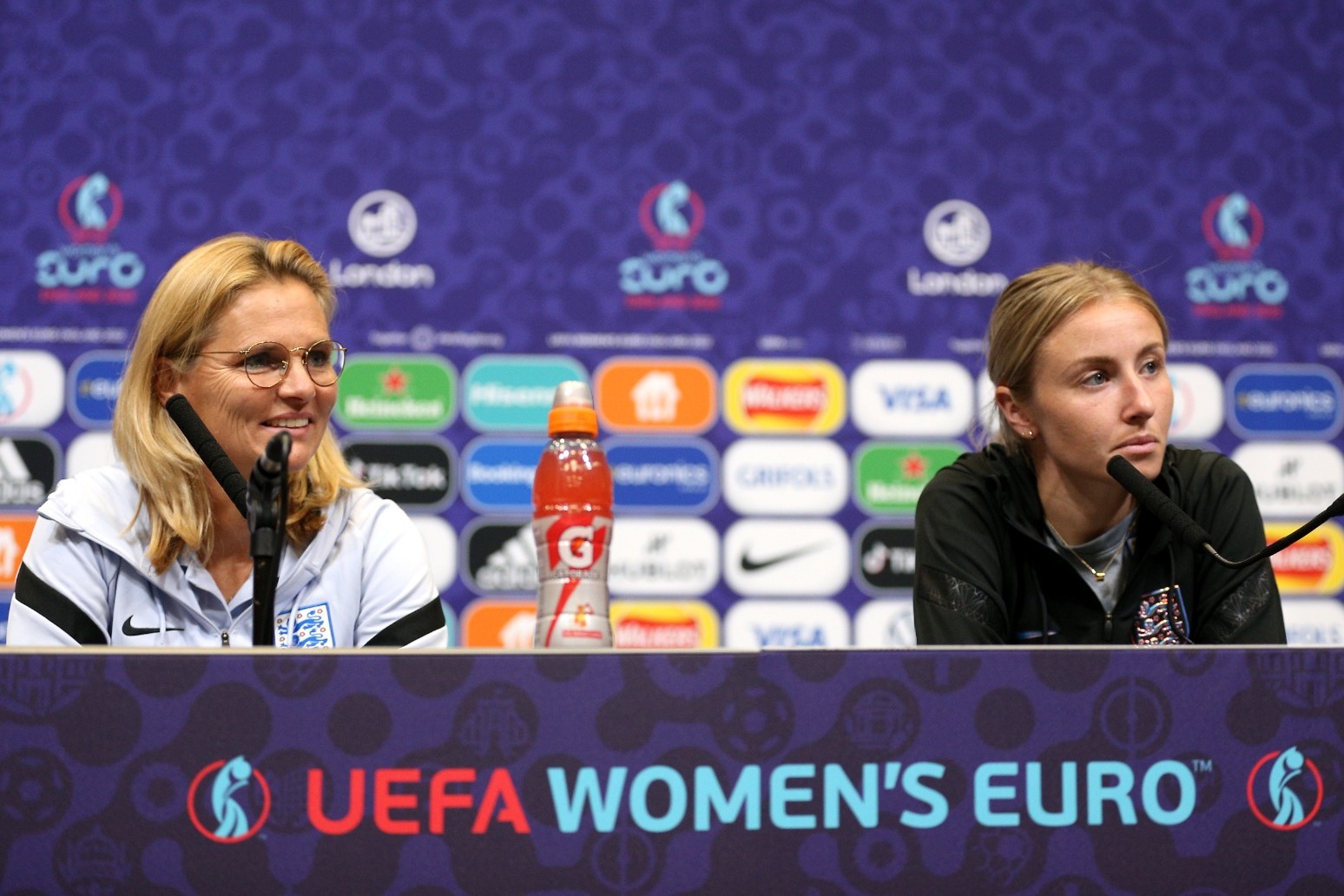 England’s highly-anticipated clash against Germany is expected to draw in the biggest home TV audience on record for a women’s football match.

Some 90,000 fans are due to fill Wembley Stadium – most hoping to watch the Lionesses secure the first major tournament title for an England team since 1966 – while millions more watch from homes, pubs and fan zones.

The record number of UK viewers for a women’s game is nine million, which was set during England’s semi-final defeat by the United States in the 2019 World Cup, according to the ratings organisation Barb.

Ahead of the 5pm kick-off on Sunday, an all-female RAF flypast will take to the skies.

Hoping to bring back the Championship silverware for the first time, the Lionesses are the underdogs against their eight-time Euro winning opponent, but will have huge support from the home crowd.

Prime Minister Boris Johnson has tweeted his support for the team, as has Labour leader Sir Keir Starmer, who watched England’s 4-0 win over Sweden in the semi-final.

Mr Johnson urged the Lionesses to “bring it home” alongside a photograph of England flags adorning Number 10.

He also told the team in a letter that they had inspired girls and women to “know beyond any shadow of a doubt that football is not just for boys”.

Sir Keir said his daughter was among those inspired by the team.

He said: “As a parent, I know how vital it is to see strong, successful role models in sport.

“What you and your team have accomplished this summer will not just be celebrated as a great moment for English football but as one that encouraged and inspired young women like my own daughter.”

For those watching at Wembley, the main road up to the stadium will be a no drinking zone due to the chaos which overshadowed last year’s men’s final.

Thousands of ticketless fans forced their way into the stadium ahead of England v Italy in summer 2021 – though this year’s final is expected to attract a different audience.