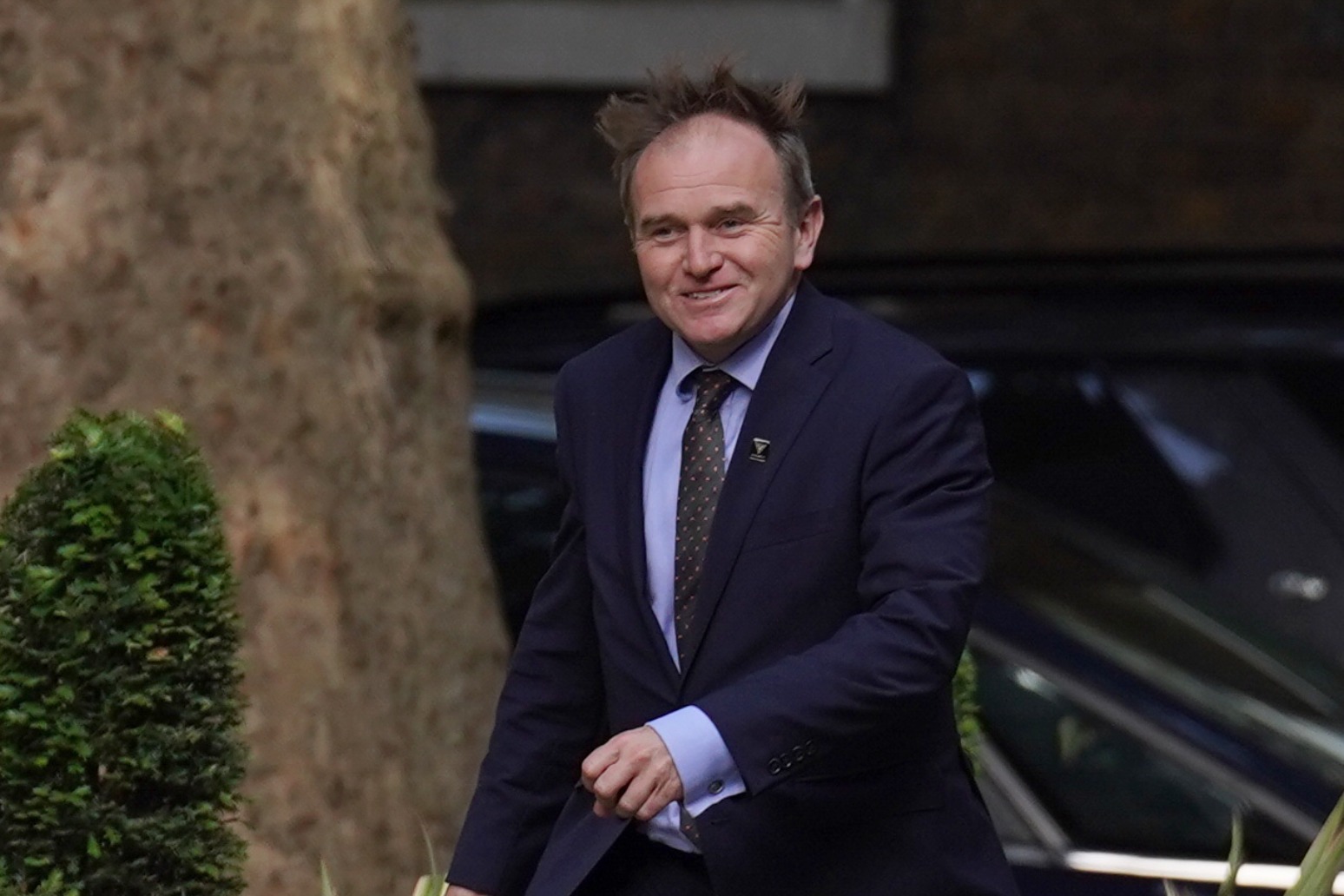 The Environment Secretary has defended the Government’s new plan to crack down on damaging sewage spills after critics branded the proposals a “cruel joke”.

George Eustice said he was the first Secretary of State to “really grip” the issue after ministers announced water companies will be expected to invest £56 billion over 25 years to combat the impact of storm overflows on England’s seas and rivers.

But the proposals have drawn criticism from conservation campaigners, who claim the plan aims merely to “claw its way back to what should have already been ‘business as usual’”.

The Government said firms will face new targets to “revolutionise our sewer system”, including improving all overflows releasing into, or near, every designated bathing water, and 75% of those discharging to high priority sites, by 2035.

By 2050, no storm overflows will be permitted to operate outside of unusually heavy rainfall or to cause any adverse ecological harm.

Consumers will not pay any extra towards such measures until 2025, however it is anticipated there will be a cost to follow, according to the plan, with modelled bill increases averaging £12 per year between 2025 and 2030.

Mr Eustice said he thought people would view this as a price “worth paying”.

The document says it is expected that annual water bills averaged over the whole period to 2050 would eventually rise by £42 per year compared to current prices.

It comes after dozens of pollution warnings were issued for beaches and swimming spots in England and Wales last week following heavy rain that overwhelmed the sewage system.

Mr Eustice said storm overflow outlets – of which there are 15,000 in England – are “a legacy of the Victorian sewerage infrastructure”.

These systems release excess sewage and rainwater when under strain to prevent sewers becoming overloaded and backing up into homes.

The Environment Secretary told BBC Radio 4’s Today programme: “There are around 15,000 of these storm overflows and, as I said, they are a legacy of the Victorian infrastructure we had.

“You could argue that governments down the decades should have prioritised this, but this Government – with me as Secretary of State, and Boris Johnson as Prime Minister – is the first government to actually tackle this problem.”

But The Rivers Trust accused ministers of a “lack of ambition and clarity for the sector”.

“Far from revolutionising the sewer system, as the plan claims, this plan aims to claw its way back to what should have already been ‘business as usual’ by 2050 – with sewer overflows operating only during exceptional rainfall events by that time,” the charity said.

Advocacy and engagement director Christine Colvin added: “The requirement for this plan in the Environment Act gave Government a great opportunity to right the wrongs on weak regulation and get on the front foot.

“It should have presented an open goal for a fresh start to stop sewage pollution in my lifetime. Instead, they’ve scored an own goal.”

On the cost to consumers, Ms Eustice told Radio 4’s Today: “The reason that this decision has been put off by subsequent governments, both Labour and Conservative, down the decades is that there’s been a big focus on keeping water bills down, and that’s entirely understandable.

“Now Ofwat, the regulator, pushes every water company incredibly hard to ensure that we get more for less money to try to drive down the income that they’re able to raise for the capital that they raise in the market.

“But at the end of the day, if you do want to improve the sewage infrastructure that we have, so that we can reduce the number of discharges we have, significantly reduce it, there’s a cost obviously to that.”

He added: “There will be no increase in water bills until 2025 and a modest increase on average until 2030 of £12 per year per household.

“And I think that most people would see that that is a price that is worth paying in order to clean up our waters and improve this infrastructure that we have.”

The Liberal Democrats have branded the plan “a cruel joke” and claimed their analysis of the proposals shows that by 2030 there will still be 325,000 sewage dumps a year on Britain’s beaches, as well as in lakes, rivers and chalk streams.

The party’s environment spokesman, former leader Tim Farron, accused the Government of planning to hike water bills to pay for “cleaning up the mess made by water companies”.

“Whilst they roll in the cash, we swim in sewage. The whole thing stinks,” he said.

Labour called the plan “fiction”, with shadow environment secretary Jim McMahon saying: “Britain deserves better than a zombie Tory government that is happy for our country to be treated as an open sewer.”