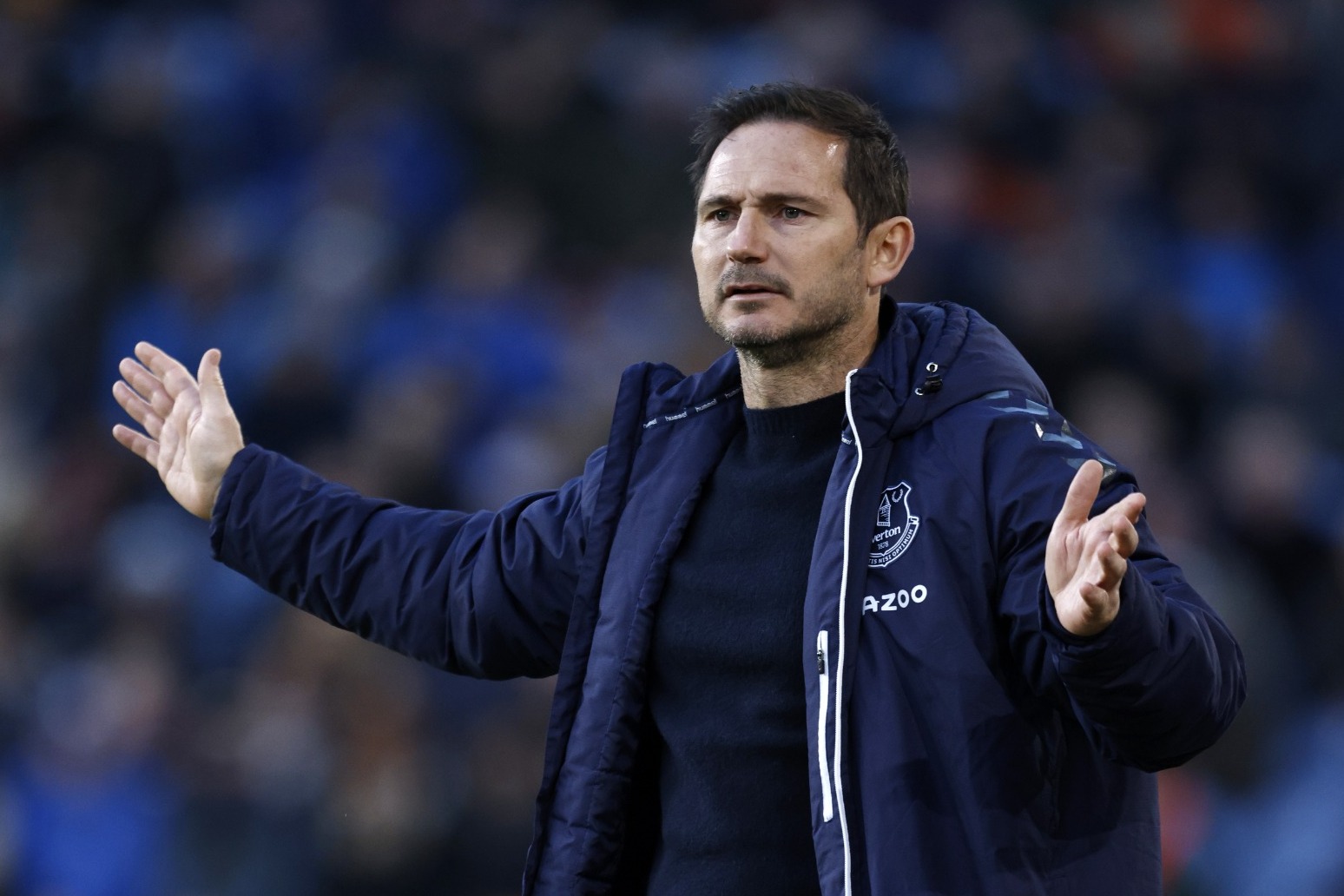 Everton boss Frank Lampard has been fined £30,000 by the Football Association following comments after his side’s defeat in the Merseyside derby in April.

Lampard claimed Liverpool would have been awarded a spot-kick had Mohamed Salah gone down like Anthony Gordon did in a challenge that referee Stuart Attwell did not penalise.

Gordon, who had been booked for diving in the first half at Anfield, fell after apparent contact from Joel Matip, but Attwell neither awarded a penalty nor issued a second yellow card.

Lampard denied an FA charge, which implied “bias and/or attacked the integrity of the match referee” but it was upheld in an independent hearing and he has been hit in the pocket.

An FA statement read: “An independent Regulatory Commission has fined Frank Lampard £30,000 after finding a charge against him for breaching FA Rule E3 in relation to media comments proven during a personal hearing.

“The Everton FC manager made the comments after their Premier League game against Liverpool FC on Sunday 24 April 2022, and he denied that they constitute improper conduct as they imply bias and/or attack the integrity of the match referee – or referees generally – and/or bring the game into disrepute contrary to FA Rule E3.1”

The Toffees contacted the Professional Game Match Officials Board for a second time in the season with concerns over the decision not to award the penalty.

Lampard said in his post-match interview: “It is a penalty for me. You don’t get them here. If that was Mo Salah at the other end he gets a penalty. I’m not trying to create conflict; it’s just the reality of football.

“I have played in teams in the top half of the league – you get them. That was a penalty for sure. It’s a clear foul.”

In March, the club received an apology, following another official complaint, from PGMOL chief Mike Riley following the failure to award a handball against Rodri in the home defeat to Manchester City.

On that occasion referee Paul Tierney was unsighted and the VAR, Chris Kavanagh, decided there was insufficient evidence to show the ball had hit the City midfielder on the arm despite television replays being fairly conclusive.

The decisions did not affect Everton’s end-of-season fate as they secured Premier League survival in their penultimate game, coming from 2-0 down to beat Crystal Palace 3-2.