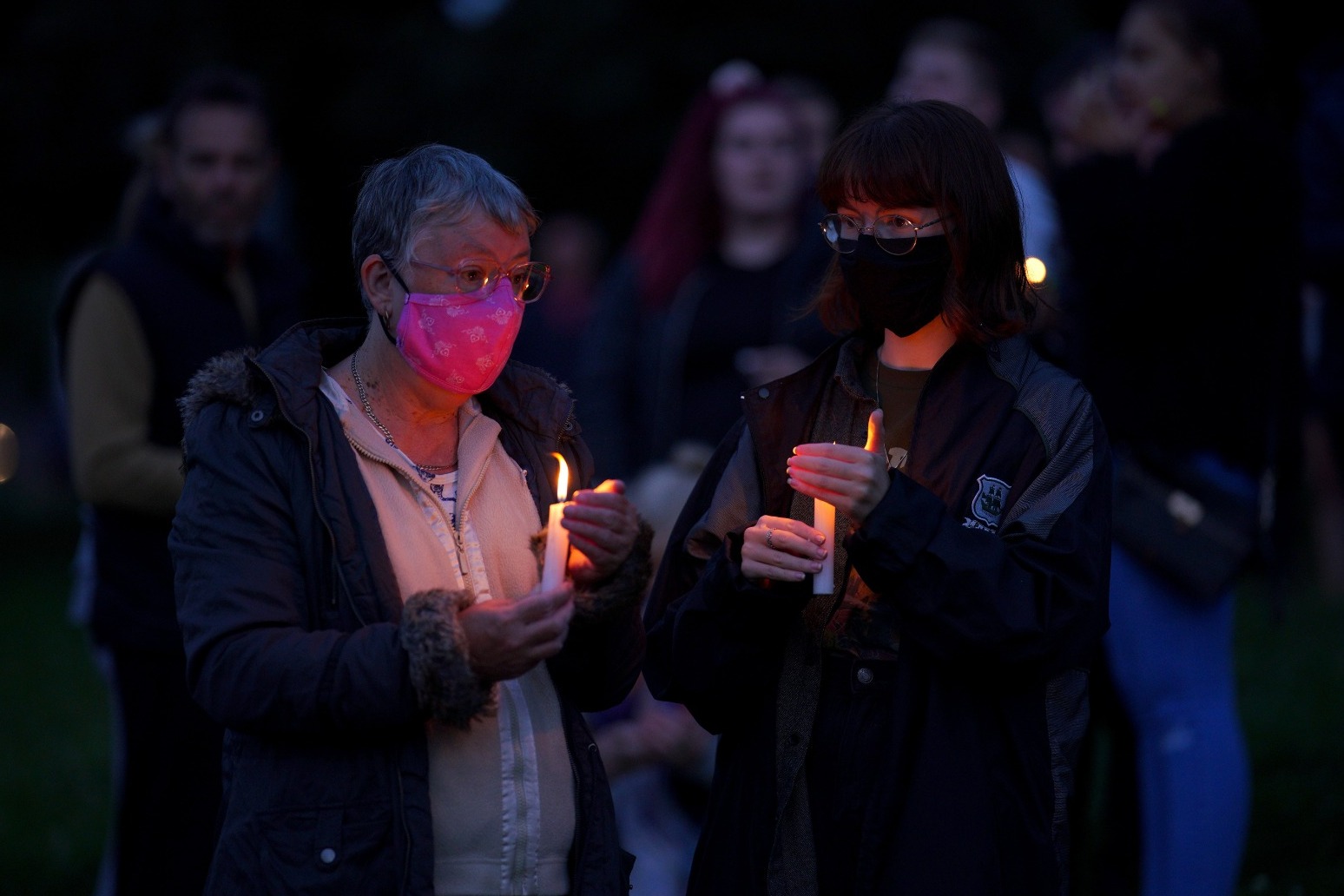 A woman has described how she hid under a pool table.

A woman has described how she hid under a pool table after seeing Plymouth mass shooter Jake Davison during his deadly rampage.

Peggy Holliday had just finished having a tattoo, in the Keyham area of the city on Thursday, and was walking to a shop when she heard screaming.

She told ITV News West Country that she saw an incident “unfold” in front of her but did not register Davison because her brain was in “flight mode”.

“There was an incident that unfolded in front of me. I couldn’t quite register the shooter’s face,” she said.

“I think my brain was in panic. It all just happened so quickly. I was in complete flight mode. People were terrified.

“It was like a living nightmare, like something you see out of the movies. It’s something I will never be able to forget.”

Miss Holliday, who works as an intern at the National Marine Aquarium in Plymouth, said the shooting was “sheer violence”.

“I heard gunshots but I thought they were fireworks,” she said.

“My brain didn’t even conceive the idea they were gunshots. I headed up the road following the crowd of people and it was just violence, sheer violence.

“A couple of the gunshots went off and I ran opposite a pub and the owner came out and he shouted at me ‘get in here, get in here now’.”

She said she “literally clung underneath one of the pool tables for dear life” before she froze.

“It literally felt like a living nightmare,” she said.

Grant Craven said he grew up living three doors down from Jake Davison and his mother Maxine on Biddick Drive.

“My mum lives there now and saw most of what happened,” the 30-year-old, who still lives locally elsewhere in Plymouth, told the PA news agency.

He said she was “very shaken” by the incident.

Mr Craven claimed he knew the family and said of Maxine Davison: “I’m grateful that I knew her for who she was… she was always nice to me and a nice person.

Mr Craven described Davison as “a quiet lad”, saying he “never talked… I could walk past him and say ‘all right?’ to him and he’d just carry on walking.”

Mr Craven has set up a GoFundMe page at uk.gofundme.com/f/help-the-familys-on-this-tragic-incident, to raise money for the families of the victims, hoping to raise £5,000 to pay £1,000 to each for funeral costs and “anything that helps”.

Watchdog to investigate police over Plymouth gunman’s possession of shotgun

The police watchdog will investigate Devon and Cornwall Police’s decision-making in relation to Plymouth gunman Jake Davison’s possession of a shotgun and a certificate for the weapon.