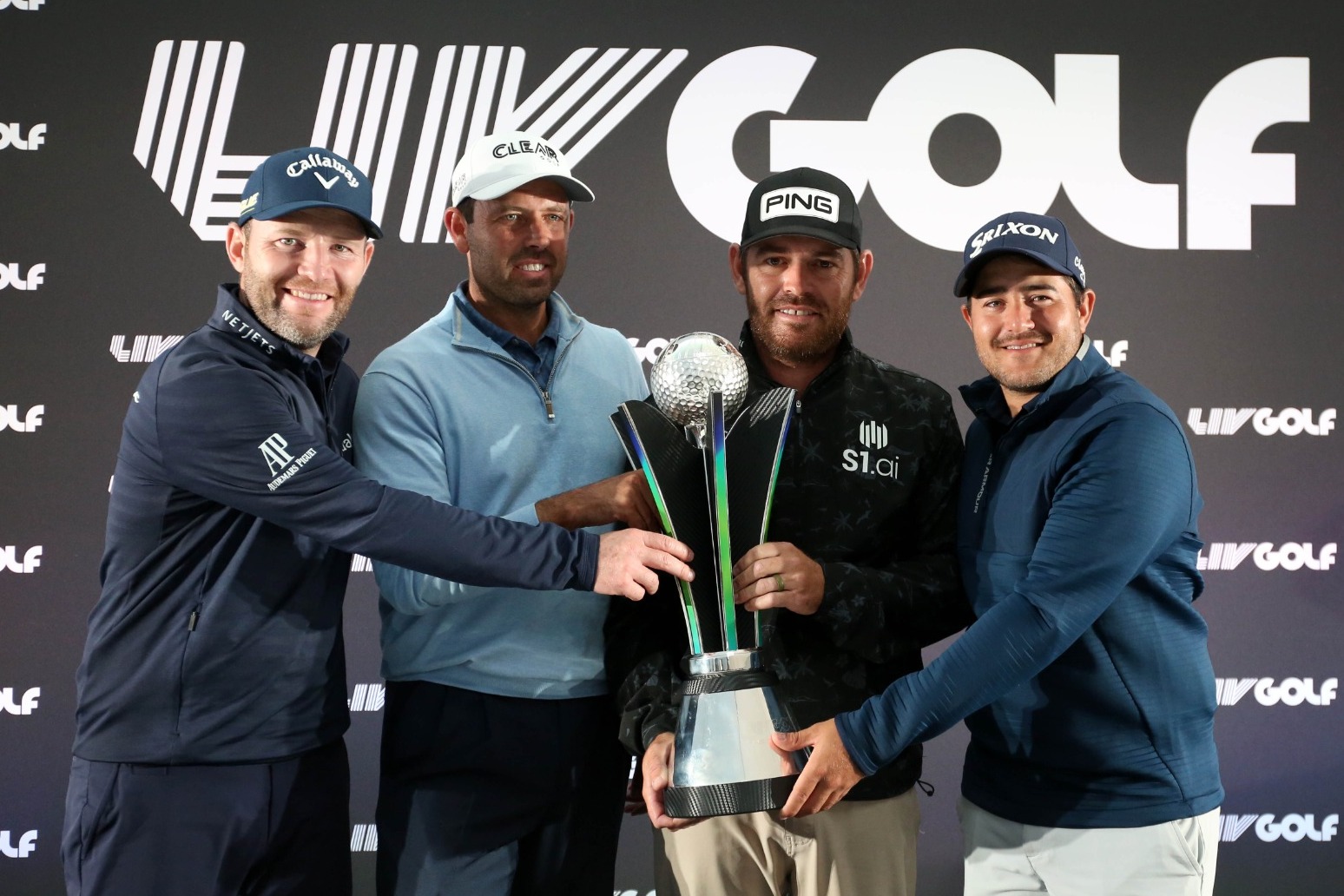 A group representing victims’ families and survivors of the 2001 terrorist attacks in the United States have accused the high-profile American players in the LIV Golf Series of sportswashing and betraying their country.

In a letter sent to the agents of Phil Mickelson, Dustin Johnson, Bryson DeChambeau, Patrick Reed and Kevin Na, 911familiesunited.org expressed their outrage towards the players for competing in the Saudi-backed events.

“As you may know, Osama bin Laden and 15 of the 19 September 11 hijackers were Saudis,” wrote the organisation’s national chair Terry Strada, a mother of three whose husband, Tom, was on the 104th floor of the north tower of the World Trade Center during the attacks.

“It was the Saudis who cultivated and spread the evil, hate-filled Islamist ideology that inspired the violent jihadists to carry out the deadly 9/11 attacks.

“And, most egregiously, it is the Kingdom that has spent 20 years in denial: lying about their activities, and cowardly dodging the responsibility they bear. Yet these are your partners, and much to our disappointment, you appear pleased to be in business with them.

“Please, do not insult our loved ones’ memories and take the pathetic position, as one of your foreign colleagues did last week, claiming you are “just golfers playing a game” or blandly treating the evils of the Saudi regime as “human rights” concerns.

“You are all Americans, keenly aware of the death and destruction of September 11. Whether it was the appeal of millions of dollars of hard cash, or just the opportunity to prosecute your professional grievances with the PGA, you have sold us out.

“This is a betrayal not only of us, but of all your countrymen.”

Reed became the 19th PGA Tour member to sign with the breakaway circuit, with the 17 competing in the first £20million event this week suspended by the Tour as soon as play started at Centurion Club on Thursday.

PGA Tour commissioner Jay Monahan said the “same fate holds true” for any players who compete in future LIV events despite being denied permission, with Reed, Bryson DeChambeau and now Perez set to contest the second event in Portland at the end of the month.

“I’m super excited,” Reed said. “Just the thought of being able to be part of an evolution and a change in golf for the better is unbelievable.

“I’ve been talking to some of the guys after the first and second rounds and they told me how well the tournament is run and the turnout with the fans, the energy and excitement. Portland can’t get here fast enough.”

On the course, former Masters champion Charl Schwartzel secured an incredible 4.75million US dollars (£3.85m) payday with victory in both the individual and team events.

Schwartzel carded a final round of 72 to finish seven under par and a shot clear of Hennie Du Plessis, with Branden Grace a stroke further back alongside Peter Uihlein.

The South African trio were all part of Stinger Golf Club in the four-man team event, meaning they – and team-mate Louis Oosthuizen – shared 3million US dollars, with Schwartzel’s first prize of 4million matching his earnings from the last four seasons on the PGA Tour.

“Honestly, I’m relieved,” said Schwartzel, who led by five shots with seven holes to play before a double bogey on the 12th set up a nervy finish.

“Never in my wildest dreams did I think we could play for so much money in golf. It’s been an amazing experience.

“It was tough finishing there. I made a bad mistake on 12 which put me on the back foot and I needed to just stay calm and try to get this thing into the house.

“I had it in my hands and made it more difficult than it should have been but I am just proud of how I hung in there and it’s a great feeling.”

LIV Golf CEO Greg Norman, who attempted to set up a world tour in 1994, said: “The evolution of the game of golf is alive and LIV is alive.

“For 27 years there’s been a lot of obstacles put in our path, a lot of dreams have tried to be squashed, but they couldn’t squash us and golf was always going to be the force for good out of all this.”