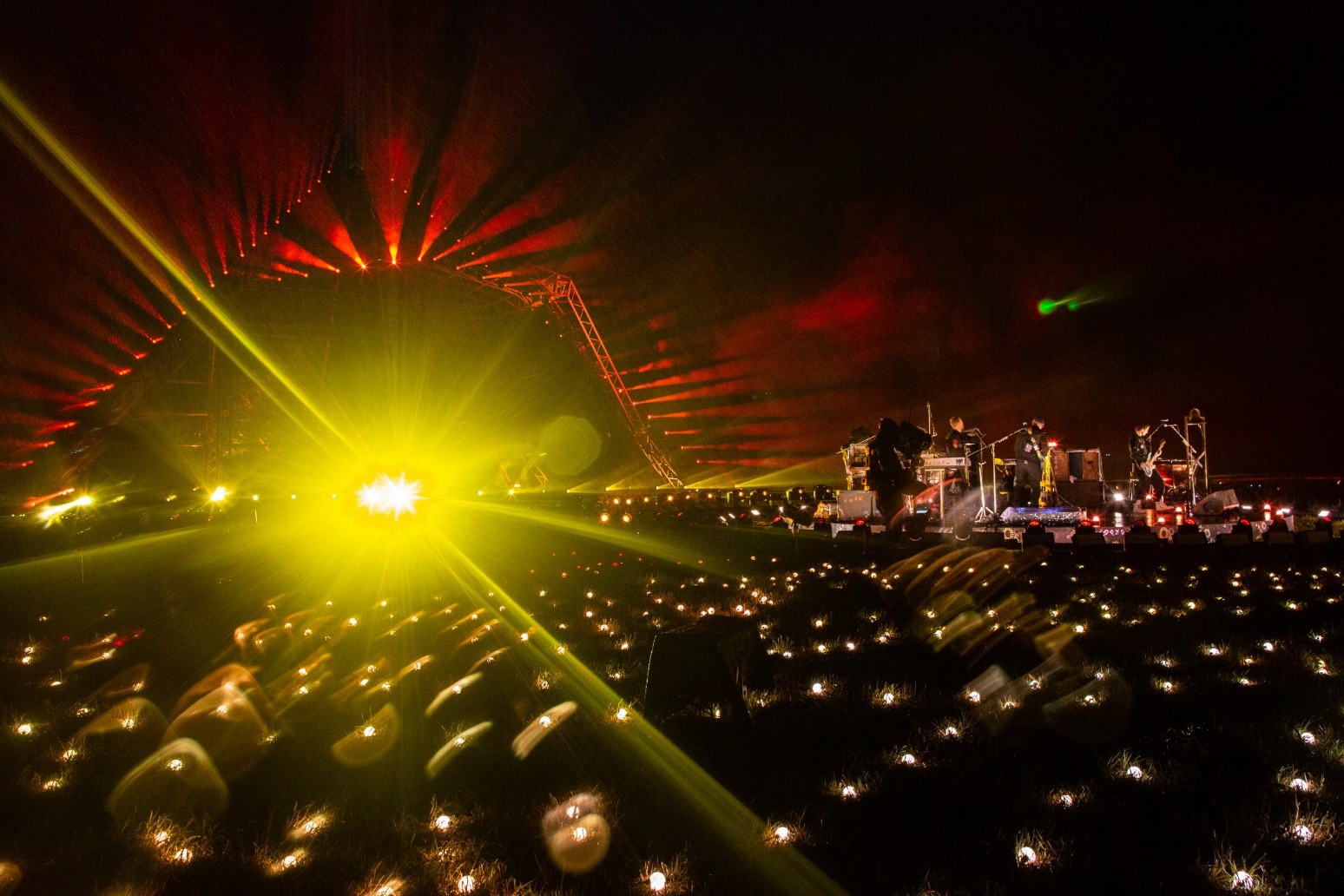 A festival-obsessed couple are gearing up for their first Glastonbury weekend as millionaires after winning a National Lottery prize – and are going in a second-hand caravan.

The couple, who live in Bridgwater, have been regulars at the Somerset music festival for more than 20 years.

In recent years they have only attended on Sundays because of family commitments but this year will be going to the whole event for the first time since becoming parents.

Mr Webster, a control and instrumentation engineer at a power station, said: “My first Glastonbury was a washout, but I absolutely loved it. Since then, I’ve been to every festival.

“Of course, things changed a bit when our first child was born in 2011. Although we did take our eight-week-old baby along that year, it was just for the one day.

“Since then, that’s what we’ve done, we haven’t camped, we’ve just gone for the Sunday.

“However, now our kids are that bit older, the four of us are going to go for the whole weekend for the first time. We’re all very excited.”

Ms Taylor, who has been going to the festival with Mr Webster since 2002, has lots of happy memories.

“We’ve seen some amazing live music over the years. U2 is a definite highlight for me: they played on the Sunday night after my eldest was born so I dropped her home and went back to see them because they’re my absolute favourites,” she said.

“The thing about Glastonbury though is that it isn’t just about the music – although that is absolutely out of this world – there is so much going on that you can’t really plan, you just have to go with the flow.”

The family will be going to the festival in a second-hand caravan – giving them access to their own toilet, a fridge and shower.

“I don’t think we’ve ever had a shower at Glastonbury before, having the caravan will be a total luxury,” Ms Taylor, a dispensing optician, said.

“Planning our visit as lottery winners has been totally different, we haven’t had to think about ways to save money or where we can cut costs, we have been able to focus purely on how to make it the best possible trip.

“And the fact that we’re going with our children means that this Glastonbury will be unlike any other and the four of us can’t wait.

“Honestly, the biggest treat will be being able to buy drinks from the bars.

“Usually because the festival is so long, we take all our own drinks and spend most of the weekend swigging warm lager.

“The fact that money won’t be an issue this time round is just a wonderful feeling.

“We’ll also be on the lookout for anything a bit different and won’t have to think twice about treating ourselves.

“Back in 2010 there was actually a pop-up restaurant being run by some Michelin starred chefs and if there’s anything like that again, we’ll jump at the chance to get involved.

“With the kids this year, their tastes are very different to ours. The kids are into Billie Eilish, which we wouldn’t have necessarily chosen, but they are desperate to see.”

Ms Taylor said the lottery win has enabled them to spend more time together as a family.

“I forget it’s happened because we try and keep life fairly normal for our children but then you remember, it’s incredibly exciting,” she added.