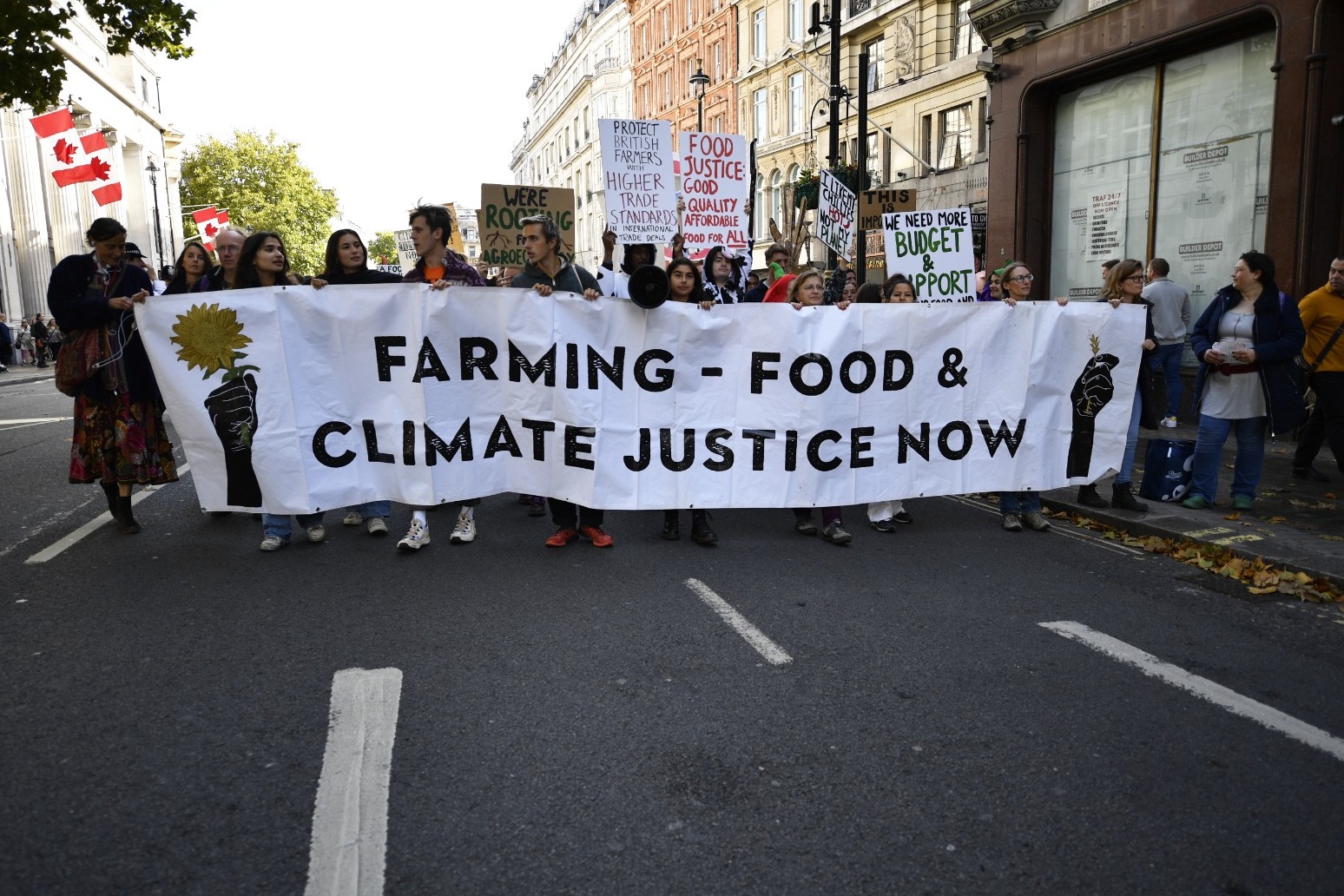 Hundreds of farm workers and environmental activists have marched through central London in support of sustainable farming.

Members of the Landworkers’ Alliance and other farming groups marched from Parliament Square, up Whitehall and past Buckingham Palace on Saturday.

They were led by Gerald Miles, a 74-year-old organic farmer who travelled to London from his South Wales farm in a tractor that was built in 1967.

Mr Miles, who headed up the march from his tractor – which he calls Bess, said: “We need nature in farming because we’re in a climate change crisis.”

He added that it was vital for the Government to keep its Environmental Land Management subsidy schemes (ELMs), designed to replace the EU’s common agricultural policy, as they “promote nature in farming”.

The farmer, from St Davids in Pembrokeshire, spent four days travelling to the capital in his 55-year-old tractor that still has its original clutch.

The farmer, who is part of the Caerhys Organic Community Agriculture group, said he would be “cheating” on his way back to South Wales by putting the tractor, which has no roof, on a trailer.

The list of demands made by those marching included a “right to food” to be put into UK law, more Government support schemes for young people and marginalised groups to enter farming, and a bigger budget for agricultural support schemes with ELMs.

Jyoti Fernandes, Landworkers’ Alliance policy and campaigns coordinator and one of the lead organisers of the march, said: “We need the ELM scheme, which is currently under threat by the new Government, to be fully supported – and farmers given the advice and support they need to transition to a climate-friendly farming system.”

Vicki Herd, head of farming at the Sustain Alliance, said: “We face a huge crisis with climate change and the collapse of nature and yet we continually see Government faffing around – farmers need long-term planning and security.”

The march was organised by the Landworkers’ Alliance in collaboration with more than a dozen other food and agriculture organisations including Save British Farming, the Sustain Alliance and the Nature-Friendly Farming Network.