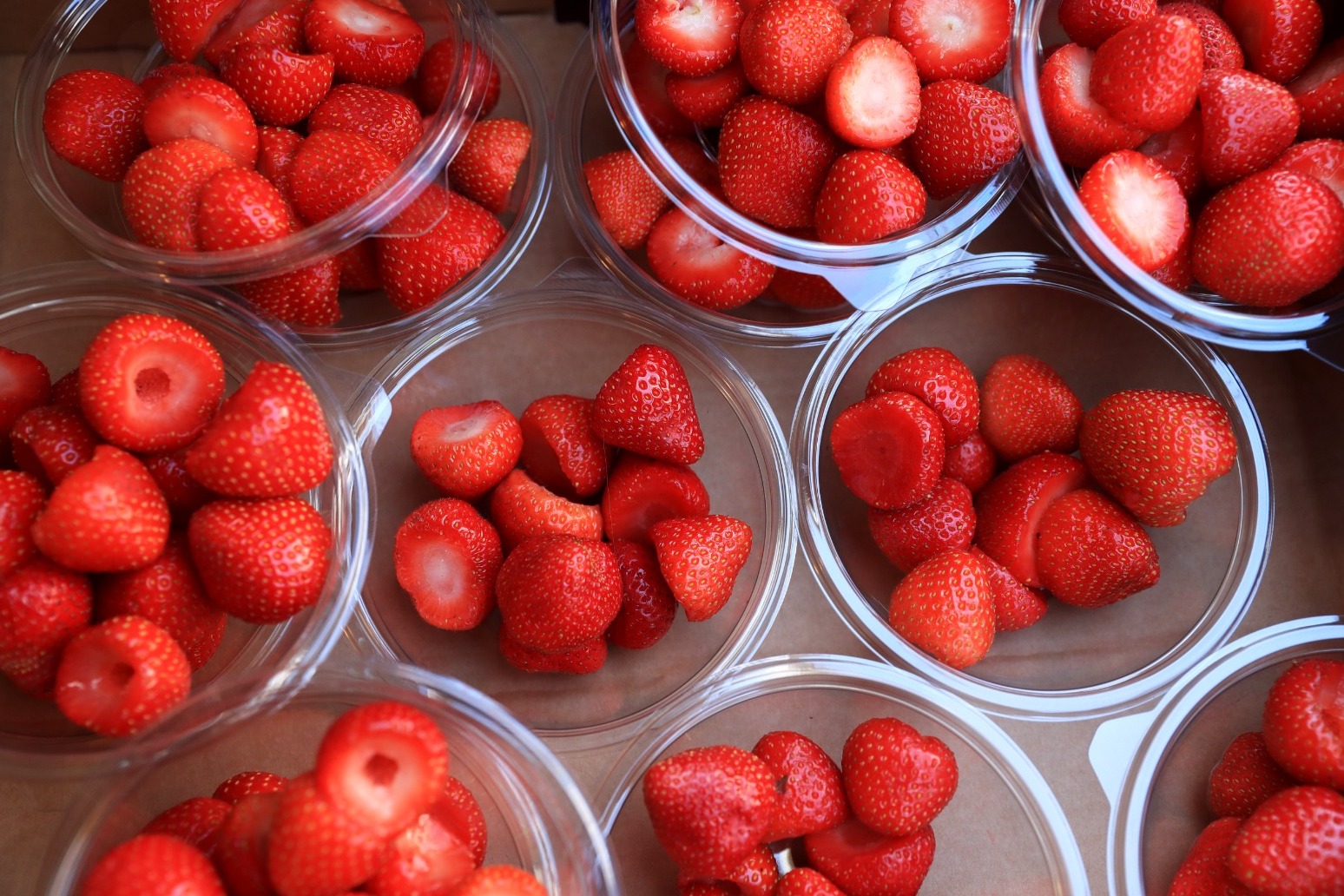 The heatwave has left strawberry and cherry farmers with a glut of crops, forcing them to sell off the fruits cheaper than normal.

The extra sunshine led to a growth spurt for both fruits across the country including in Kent, Norfolk, Lancashire, Scotland and Herefordshire.

Alastair Brooks, managing director of Langdon Manor Farm near Faversham, Kent, said the weather during the spring through to the heatwave had provided perfect growing conditions.

He said: “Following a mild, settled spring, we have experienced prolonged sunshine, extra daylight, and very little rain in the last few weeks.

“This has resulted in an abundance of healthy, perfectly ripe, extra sweet strawberries. After a wet jubilee weekend, we are excited to be able to finally celebrate the British strawberry season.”

Tesco supermarket has stepped in to help prevent waste by selling 1kg boxes at a discounted price.

Mr Brooks added: “With a few extra tonnes of strawberries being available we are thankful for Tesco’s support at this time.

“It allows us to minimise wastage and get more of the very best, high-quality and nutritious Driscoll’s Zara strawberries packed, picked and distributed to stores ready for consumers to enjoy.”

Tesco berries buying manager Laura Mitchell said: “British shoppers are going through a tough time at the moment, and if there’s something that can put a big smile on faces right now, it’s being able to buy sweet, lush, British strawberries for less than normal.

“The heatwave has brought on the strawberries faster than expected with many growers seeing production about 10% to 15% higher than normal for this time of year. We’re very happy to help out our British growers.”

The 1kg boxes of strawberries will go on sale at more than 750 Tesco stores across the UK priced at £4. Kilo boxes of cherries will be sold for £5 at 850 stores.

Last year, shoppers bought more than 87,000 tonnes of British strawberries. The industry is worth more than £769 million to the British economy, according to Kantar figures.