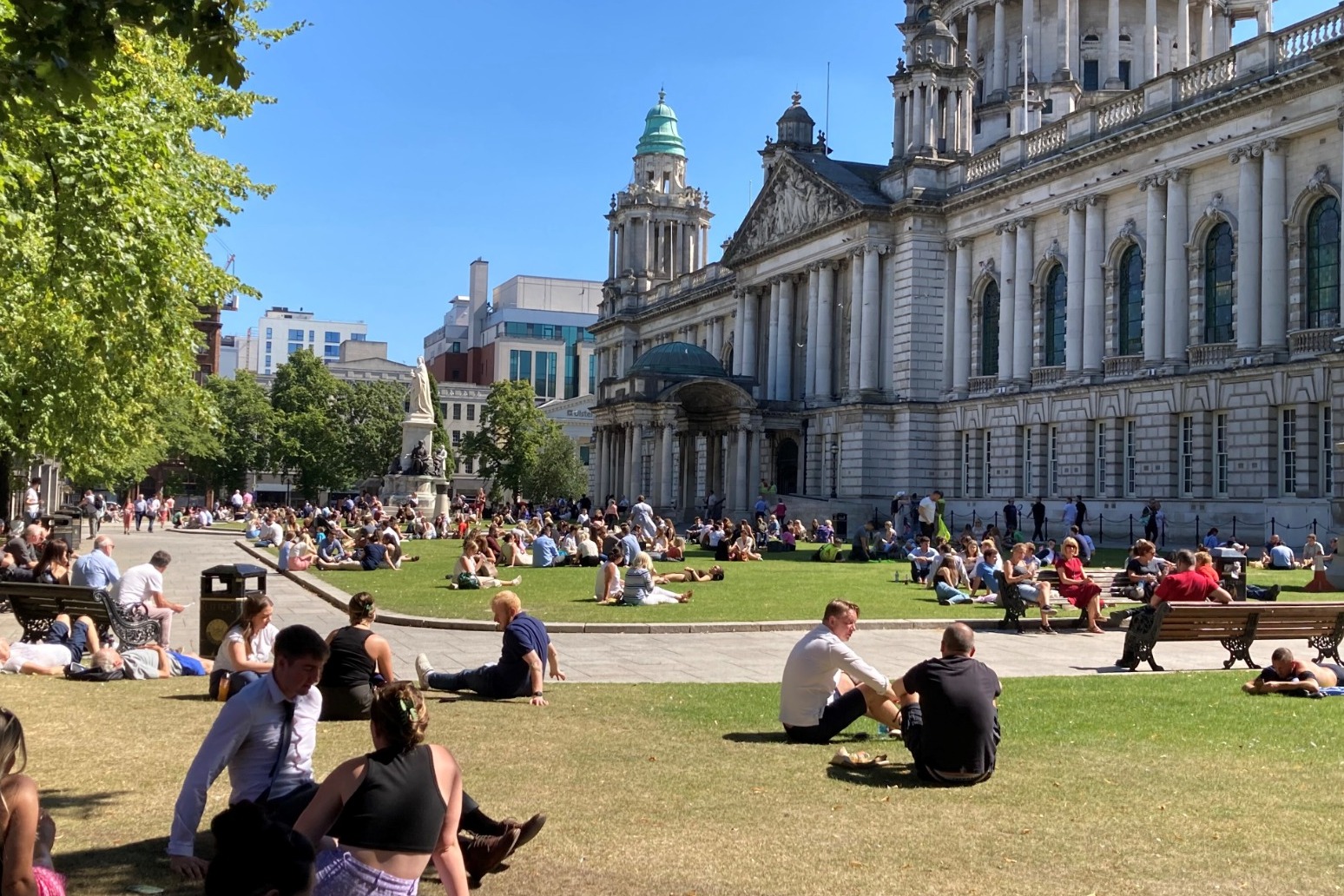 A Drought could be declared for some parts of England on Friday, as the country bakes in another heatwave.

The National Drought Group – made up of Government and agency officials, water companies and other groups such as the National Farmers’ Union (NFU) – is set to meet on Friday to discuss the prolonged dry weather.

There are expectations drought could be declared for some parts of England such as southern and eastern areas, prompting action by agencies and water companies to manage water resources to ensure supplies and protect the environment.

It comes as temperatures are set to climb to as high as 34C on Thursday and up to a peak of 36C over the weekend in the areas covered by an amber warning for extreme heat issued by the Met Office for much of England and Wales.

Outside the warning area, in northern England and Scotland, temperatures are expected to be in the high 20s or even low 30s in some spots.

The vulnerable are likely to experience adverse health effects and the wider population could also be affected, delays to travel are possible and there is an increased risk of water accidents and fires as more people head to tourist spots.

There is also a heat health alert in place from the UK Health Security Agency, with experts advising people to look out for those who are older or with existing health conditions, as well as young children.

The Met Office said there could be a “thundery breakdown” to the hot weather on Monday, although it is so far uncertain which areas could see rain.

The latest heatwave comes on top of months of low rainfall, leaving the countryside, parks and gardens parched and at risk of wildfire.

The Met Office’s fire severity index (FSI), an assessment of how severe a fire could become if one were to start, is very high for most of England and Wales, and will reach “exceptional” – the highest level – for a swathe of England stretching to the border with Wales by the weekend.

Riccardo la Torre, national officer of the Fire Brigades Union, said firefighters are making “phenomenal” efforts to deal with the outbreak of summer fires, claiming fire services were unprepared for the crisis.

He told the PA news agency: “We have been warning for years about the impact of cutting jobs and taking fire engines out of service, but it has fallen on deaf ears as far as the Government and chief fire officers are concerned.

“They have chosen to press ahead with their obsession on cutting jobs. There are 11,500 fewer firefighters than in 2010. Even if we had the same numbers now, it is an almost impossible task to keep up with all the fires. Conditions are absolutely brutal.

“On the hottest days in London there are fire engines standing idle because there are not enough firefighters to crew them.”

In the capital, where record-breaking heat in July prompted a number of devastating blazes, fire chiefs are urging people not to barbecue in open spaces or balconies, to put out their cigarettes properly and dispose of rubbish correctly.

London Fire Brigade said its control room had sent firefighters to deal with 340 grass, rubbish and open land fires during the first week of August – an eightfold increase on the 42 during the same week last year.

Assistant commissioner Jonathan Smith said: “This summer has seen an unprecedented long, dry spell with high temperatures, so the grass in London is tinderbox dry and the smallest of sparks can start a blaze which could cause devastation.

“Despite our continued warning over the last few weeks, we know there are still people who are barbecuing in parks, dropping cigarettes out of car windows and leaving rubbish lying around.

“We really need to prevent a repeat of the situation we saw on July 19, when homes, shops, garages, outbuildings and vehicles were destroyed across London in a number of significant fires.”

The Scottish Fire and Rescue Service (SFRS) has issued a “very high” risk of wildfires alert across southern and eastern Scotland.

In the dry conditions, the latest hosepipe ban comes into force on Friday, for households in Kent and Sussex, to curb water use.

Southern Water has implemented a hosepipe ban for customers in Hampshire and the Isle of Wight, and Thames Water, which supplies 15 million customers in London and the Thames Valley, has said it will bring in one in the coming weeks.

Conservationists are calling for an England-wide ban on using hosepipes to protect struggling wildlife and rivers which are at exceptionally low levels in parts of the country.

Climate change is making heatwaves more intense, frequent and likely, with last month’s record temperatures made at least 10 times more likely because of global warming and “virtually impossible” without it, research shows.

Scientists also warn the likelihood of droughts occurring is becoming higher due to climate change, which is driven by greenhouse gas emissions from burning fossil fuels and other human activities.

Experts at the Institute of Environmental Management and Assessment (IEMA), the professional body for those working in the environmental sector, warn that the UK must become more resilient to the changing climate.

IEMA deputy chief executive Martin Baxter said: “We have to become more resilient to hotter drier summers, which we are now experiencing due to climate change and which will over time become more frequent.

“We have to double down and reduce the leakage in our water systems, losing three billion litres per day is unacceptable when an average household uses just 142 litres per day.

“We must help people use less water by, for example, having showers rather than baths, not using a hosepipe, planting drought resilient plants, and by installing water meters in homes.”

There also needs to be better natural storage solutions for water to conserve every drop, he said.