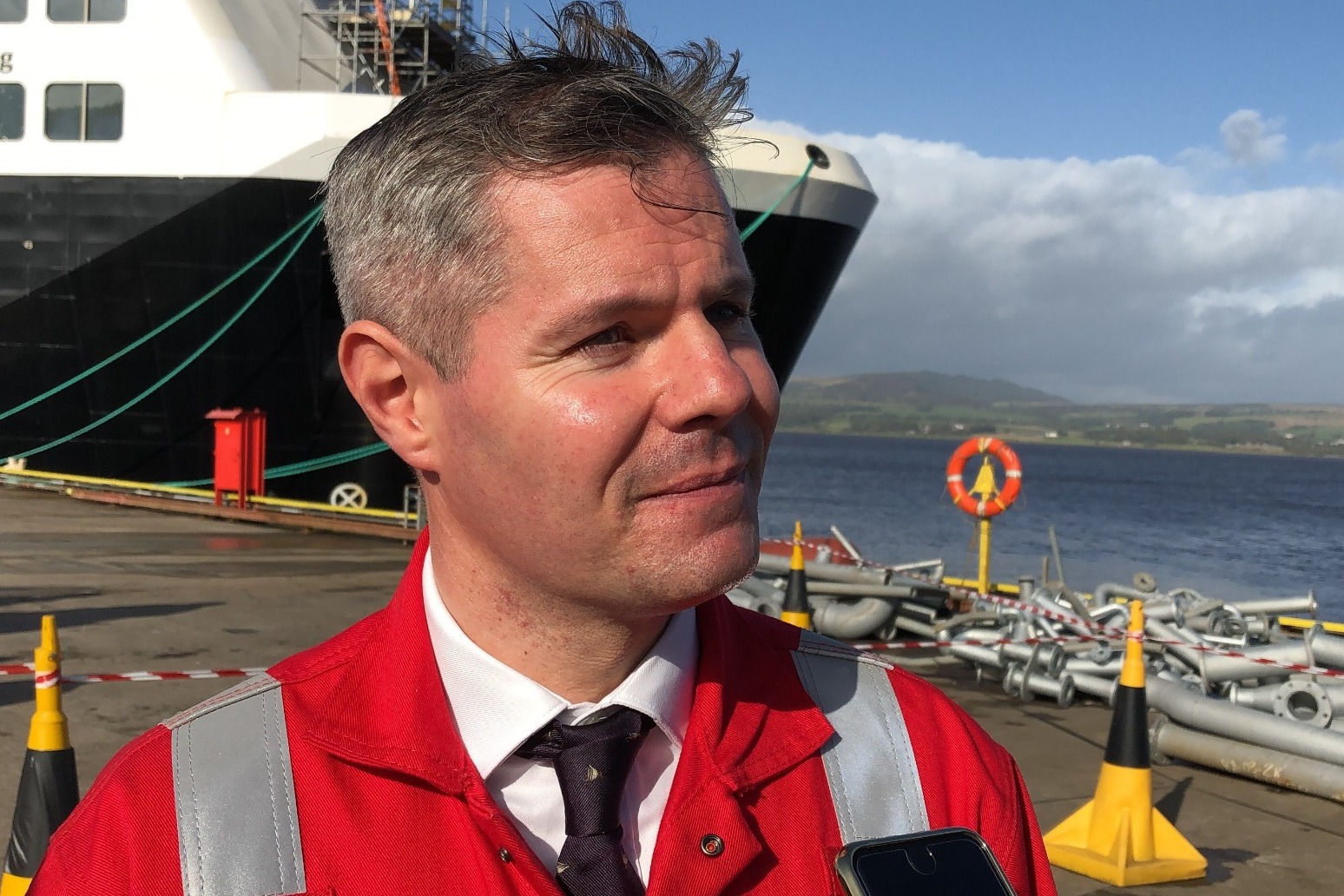 Former finance secretary Derek Mackay will return to Holyrood on Thursday to give evidence on the Ferguson Marine scandal.

Mr Mackay was the minister who approved the £97 million contract for the two ferries being given to the Port Glasgow yard and was later responsible for bringing it into public ownership to save it from administration.

The Scottish Government’s ferry procurement body Caledonian Maritime Assets Limited (CMAL) warned against giving the contract to Ferguson before the decision was made and it is not clear why the decision was taken to disregard the body’s evidence.

A recent report found that the ferries, the Glen Sannox and as-yet-unnamed 802, would cost at least two-and-a-half times more than initially planned, with the Scottish Government confirming this week they will not be delivered until May and December of next year, respectively.

The report also found there was an insufficient paper trail documenting why the decision was made to give the contract to the Port Glasgow yard despite the objections of CMAL.

The former finance secretary stepped down after more than 100 inappropriate messages he sent to a 16-year-old boy were made public by the Scottish Sun.

Mr Mackay was not publicly spotted in Holyrood after the scandal, and stood down at last year’s election.

But the former Renfrewshire North MSP will return to the Scottish Parliament on Thursday as he appears before the Public Audit Committee as part of its inquiry into the delays and overspends at Ferguson Marine.

“The First Minister and her ministers sought to pin the blame for the catastrophe at Ferguson’s on Derek Mackay so this will be an opportunity for him to set the record straight,” Mr Rennie said.

“I am sure he will want to be clear about who was responsible and why.

“Every SNP minister, past and present, has been avoiding the question of why warnings about the ferry deal were ignored.

“Islanders and the shipyard workers as well as the taxpayer deserve fulsome answers from someone who was in the room when the decisions were taken. These mistakes have cost five years and £250 million.”