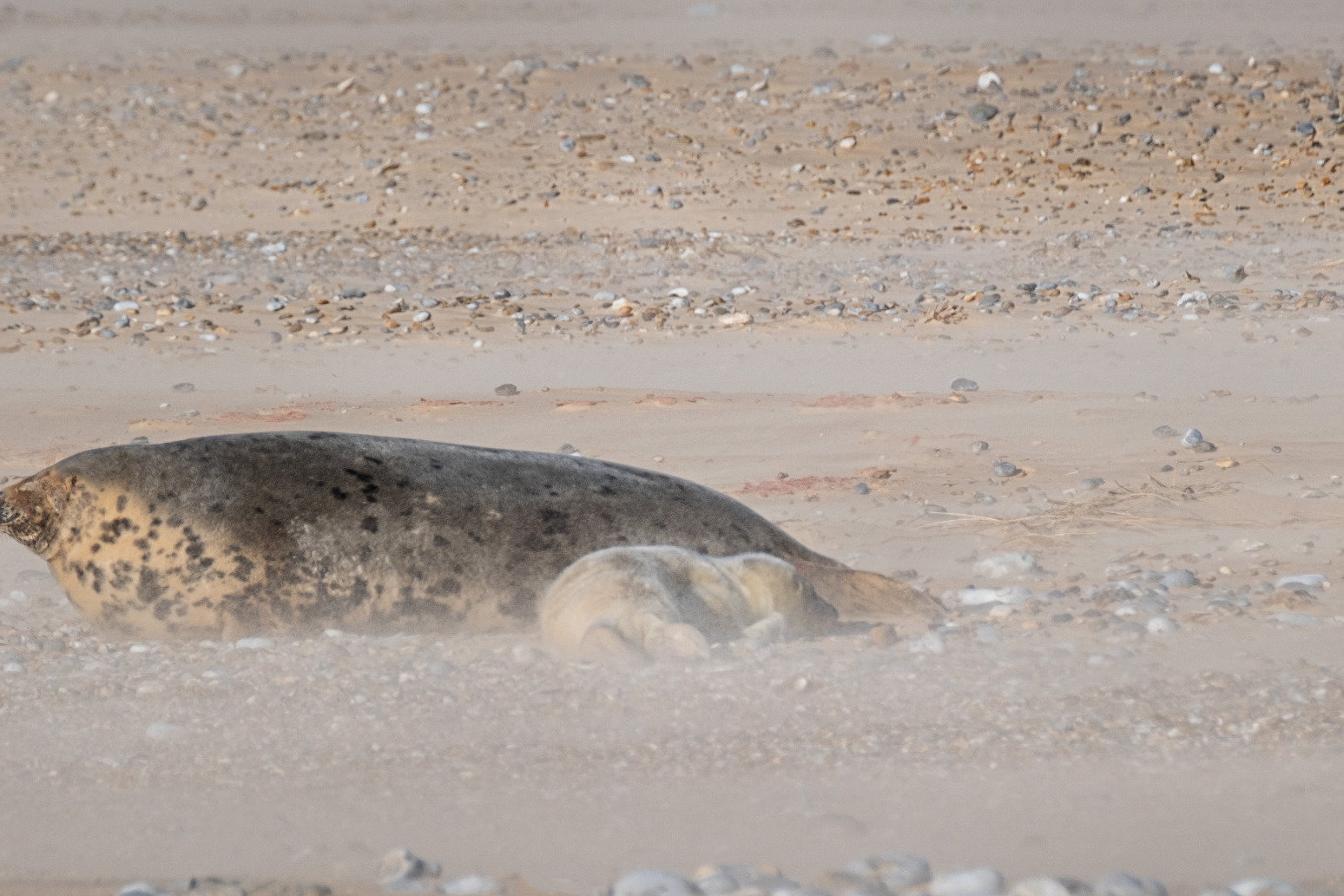 It was spotted at Blakeney Point in Norfolk on Friday

The first grey seal pup of the season has been born at England’s largest grey seal colony.

It was spotted at Blakeney Point in Norfolk on Friday, six days later than last season, and since then a further five pups have been sighted.

The very first seal pup to be born at the Point, which is looked after by the National Trust, was in 1988.

A National Trust spokesman said it is believed that a lack of natural predators and low levels of disturbance and mortality during the first few weeks of life for the baby seals have led to the increase.

Rangers are anticipating around 4,500 new arrivals at Blakeney Point this season.

Global numbers are estimated to be around 300,000, with British and Irish waters supporting about 40% of the grey seal population, the National Trust said.

The colony at Blakeney has now become so large that it is almost impossible to record the number of pups precisely.

Until a few years ago, pups were counted individually by rangers and volunteers walking carefully through the colony.

From last year, numbers of new-borns and weaned pups – which will have moulted their white fur but will be much smaller than the adults – were recorded in just one specific area to give an indication of the overall size of the colony.

Chris Bielby, Countryside Manager for the National Trust on the North Norfolk Coast, said: “We’re really proud to announce the birth of the first pup of the season, it’s always a special moment in our year.

“They have their first pup at about three to five years old.

“Once they’ve had their first pups, they return to the same place each year to give birth.

“Our job now over the coming weeks is to try to ensure that the seals remain undisturbed so that they can give birth in peace, and to ensure they don’t abandon their pups which would mean that they wouldn’t survive.

“Seals are wild animals and can be dangerous, particularly if they feel threatened.

“We therefore ask visitors to keep their distance.

“Bring binoculars to help you see the seals better.”