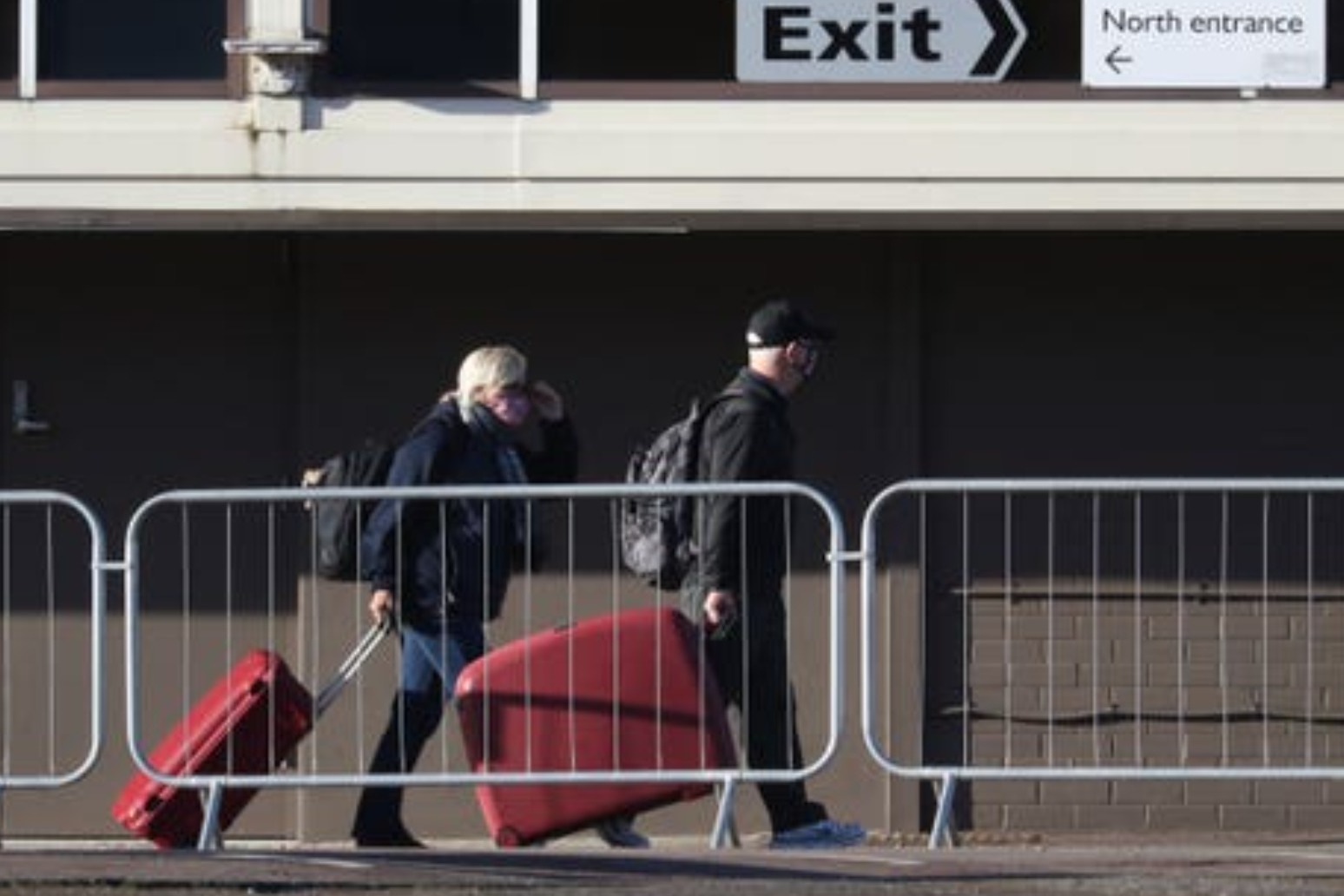 Some of the first people to check into quarantine hotels are to be released on Friday morning. From last Monday, UK and Irish nationals returning to England from a “red list” country deemed at high risk for Covid-19 have had to self-isolate in hotels for 11 nights.

Hotel “guests” have complained about the £1,750 fee for the stay, which is punishable by a fine of up to £10,000 or 10 years in prison if breached, according to the Government.

The rule applies to people returning to Scotland from any destination.

If travellers return a negative test on day two and day eight of their stay they are allowed to leave, the Department of Health and Social Care said.

Delivery driver Roger Goncalves, 23, who was among the first travellers to be medically impounded at the Radisson Blu Edwardian hotel near Heathrow Airport after arriving from Brazil, should be one of the first to taste freedom.

Another, businessman Wayne Kelly, 37, of Birmingham, said he feels “like I have been through a prison sentence” and said he could not wait to see his wife and children.

He told MailOnline: “I was thinking of having a poster on the wall where I could just cross one day off each day.

“I just want to go back to Birmingham to my home and my family and put this all behind me. I should never have been here in the first place. I had a negative test when I left Dubai.

“I’m really glad that my release day is nearly here.”

Another traveller, Zari Tadayon, 66, from north London, told the PA news agency on Wednesday she was “relieved” her quarantine was almost completed after arriving from Dubai last Monday.

She previously said she was unprepared for her stay and had not packed any books, adding: “How I’m going to cope I don’t know. It’s going to be tough.”

Travellers arriving in England must quarantine in a hotel if they have been in one of the Government’s 33 “red list” countries – which covers Portugal, the United Arab Emirates, South America and southern Africa – in the past 10 days.

The UK has banned direct flights from those locations, so passengers must take connecting flights, mixing with passengers from countries not on the list.

The Prime Minister said last week he expects those in quarantine to be able to “cover their costs” when asked what happens if a person has to extend their stay after a positive test.

Boris Johnson said: “It is currently illegal to travel abroad for holidays anyway.

“We would expect people who are coming in from one of these red list countries to be able to cover their costs.”