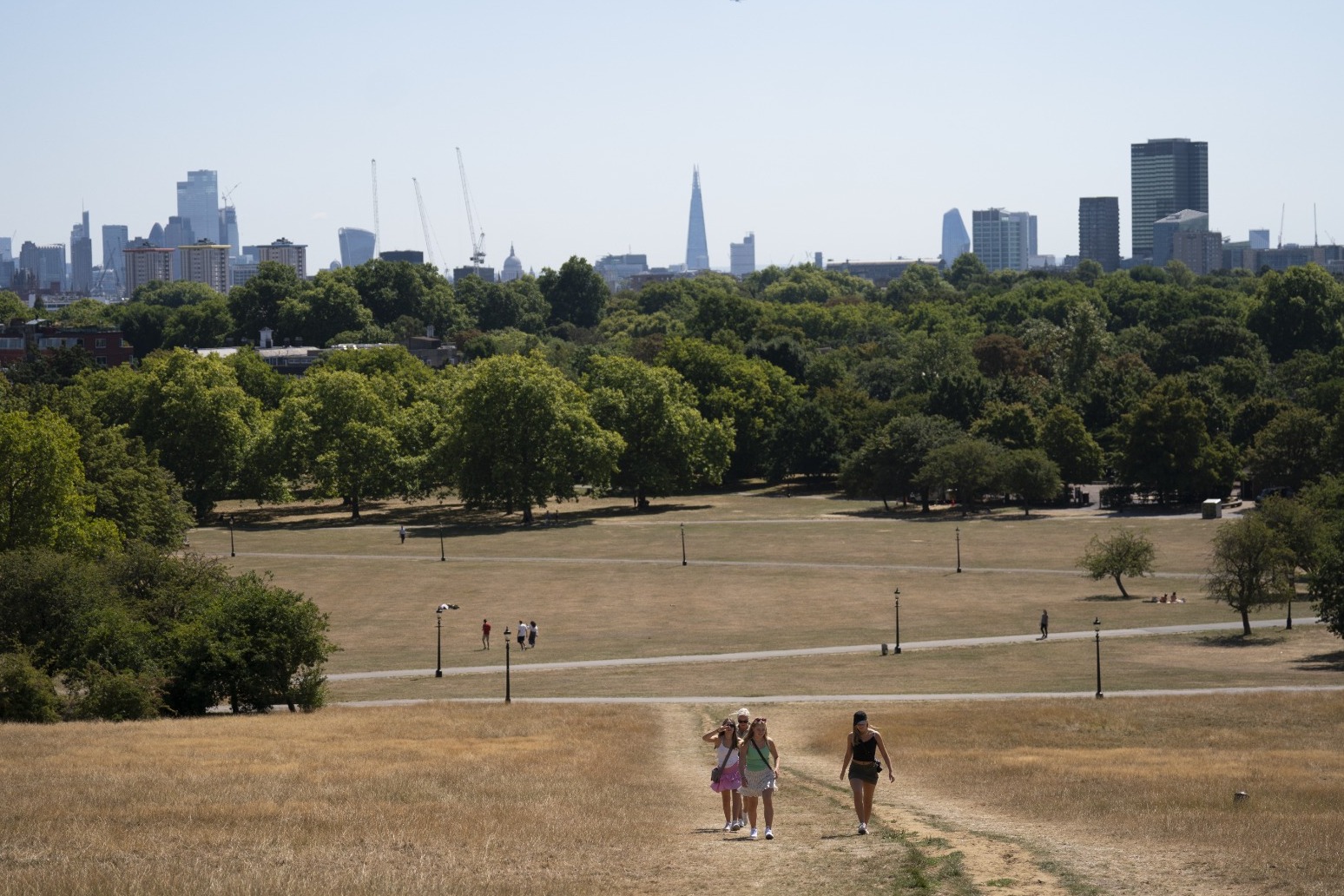 The Met Office has issued a four-day amber warning for extreme temperatures in parts of England and Wales as a new heatwave looms.

The warning, for Thursday to Sunday, comes as the forecaster predicted 35C in places or even an “isolated” 36C – below last month’s record temperatures, which peaked above 40C in some spots.

The vulnerable are likely to experience adverse health affects, while the wider population could also be affected, the alert said.

Delays to travel are possible and there is an increased risk of water accidents and fires as more people visit coasts and beauty spots, the Met Office also warned.

The UK Health Security Agency has already issued an amber alert covering southern and central England from noon on Tuesday until 6pm on Saturday, with experts advising people to look out for those who are older or with existing health conditions, as well as young children.

The Met Office said temperatures will likely rise into the low to mid-30s in the warning area.

Outside the warning area, heatwave thresholds – which are met at different temperatures in different parts of the country – are still likely to be met for much of the UK, with temperatures widely into the high 20s and a chance of a few spots seeing temperatures into the low 30s.

Scotland and Northern Ireland will also see temperatures into the high 20s and could reach official heatwave criteria by Friday.

Met Office deputy chief meteorologist Dan Rudman said: “Thanks to persistent high pressure over the UK, temperatures will be rising day-on-day through this week and an extreme heat warning has been issued.

“Temperatures are expected to peak at 35C on Friday and Saturday, or even an isolated 36C on Saturday. Elsewhere will see temperatures widely into the high 20s and low 30s Celsius.

“Coupled with the high daytime temperatures there will be some warm nights, with temperatures expected not to drop below the low 20s Celsius for some areas in the south.”

With the latest heatwave coming after months of low rain, which have left the countryside and urban parks and gardens tinder-dry, households in some areas are being urged not to light fires or have barbecues.

The Met Office’s fire severity index (FSI), an assessment of how severe a fire could become if one were to start, is very high for most of England and Wales, and will reach “exceptional” for a swathe of England by the weekend.

Scientists warn that the likelihood of droughts occurring is becoming higher due to climate change, driven by greenhouse gas emissions from burning fossil fuels and other human activities.

Climate change is already making heatwaves more intense, frequent and likely, with last month’s record temperatures made at least 10 times more likely because of global warming, and “virtually impossible” without it, research shows.

Two water companies have announced hosepipe bans, with others warning they may have to follow suit – prompting political debate about whether restrictions should be brought in when utilities are leaking billions of litres of water a day.

The latest update from the UK Centre for Ecology and Hydrology (UKCEH) shows river flows were below normal in July in most of the UK.

There were “exceptionally” low flows in central and southern England, but widely at normal levels in north-west Britain.

Flows are likely to remain below normal for much of the UK in August, and stay exceptionally low in central, southern and eastern England for the next three months to October, the analysis said.

Groundwater levels were also below normal in July across most of the country, with exceptionally low levels in southern England and South Wales, UKCEH said.

In southern England and South Wales, groundwater levels will be below normal and exceptionally low in some areas.

That is expected to be the case for the next three months, although it is uncertain when water resources will start to recharge in autumn, UKCEH said.