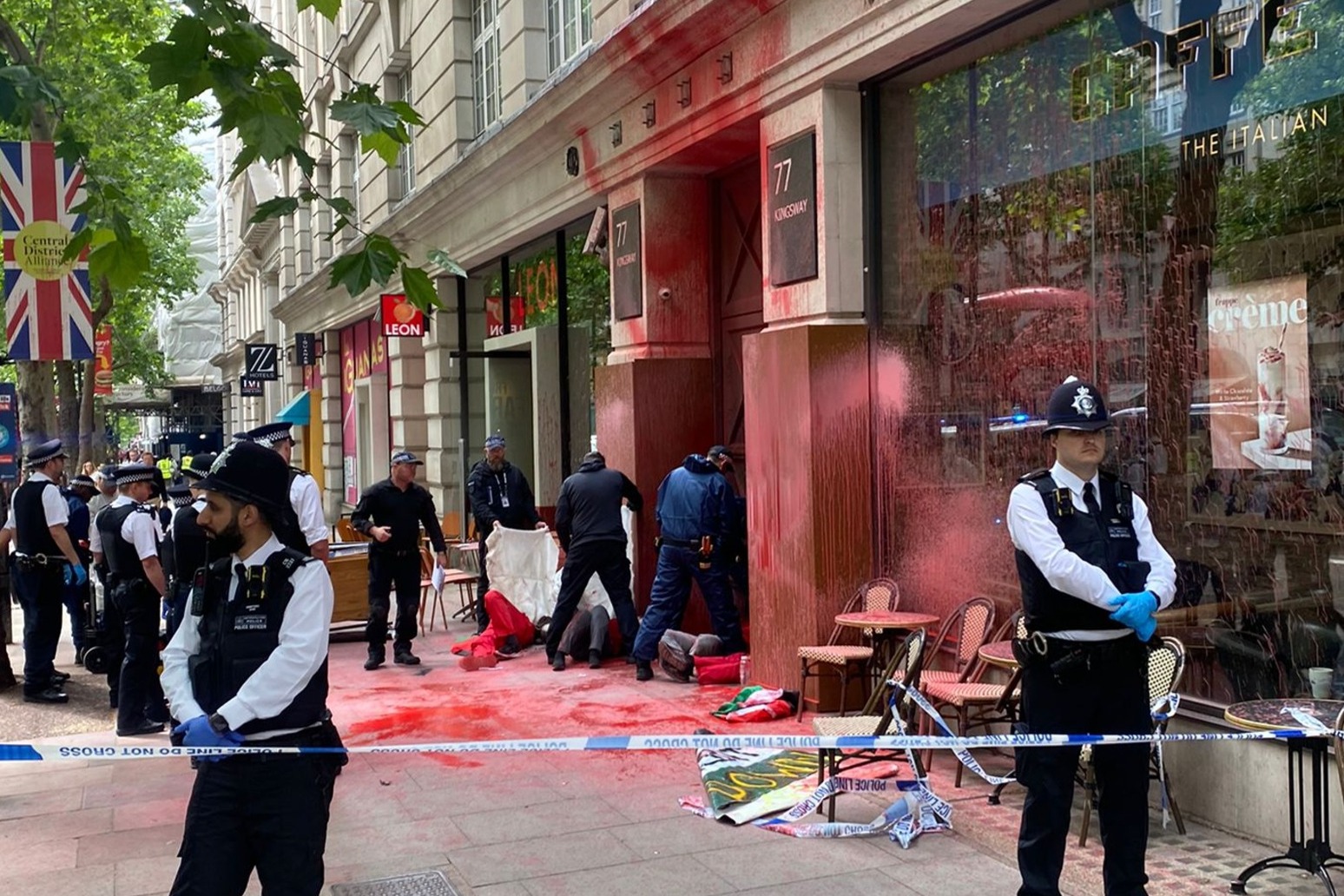 Four protesters have been arrested after gluing themselves together and spraying paint on a building in central London, the Metropolitan Police said.

Palestine Action activists were blockading a Holborn building where Israeli weapons company Elbit Systems has an office, the campaign group said on Twitter.

Footage showed the entrance of 77 Kingsway covered in red paint as the four demonstrators, their arms locked together in cylinder tubes, chanted: “Shut Elbit down”.

Two men and two women were arrested on suspicion of criminal damage and assault, according to Scotland Yard, which said a member of staff at the building was assaulted.

The force’s de-bonding team was deployed after officers were called to reports of a demonstration at Kingsway at around 8:30am on Tuesday.

The protesters were also pictured letting off coloured smoke flares.

Palestine Action tweeted: “If this were Palestine, this smoke might well be Elbit-made tear gas used on the Palestinian people.

“Palestine is being choked by the warmongers at Elbit — and our place in the fight to #FreePalestine is to join the resistance and #ShutElbitDown”.