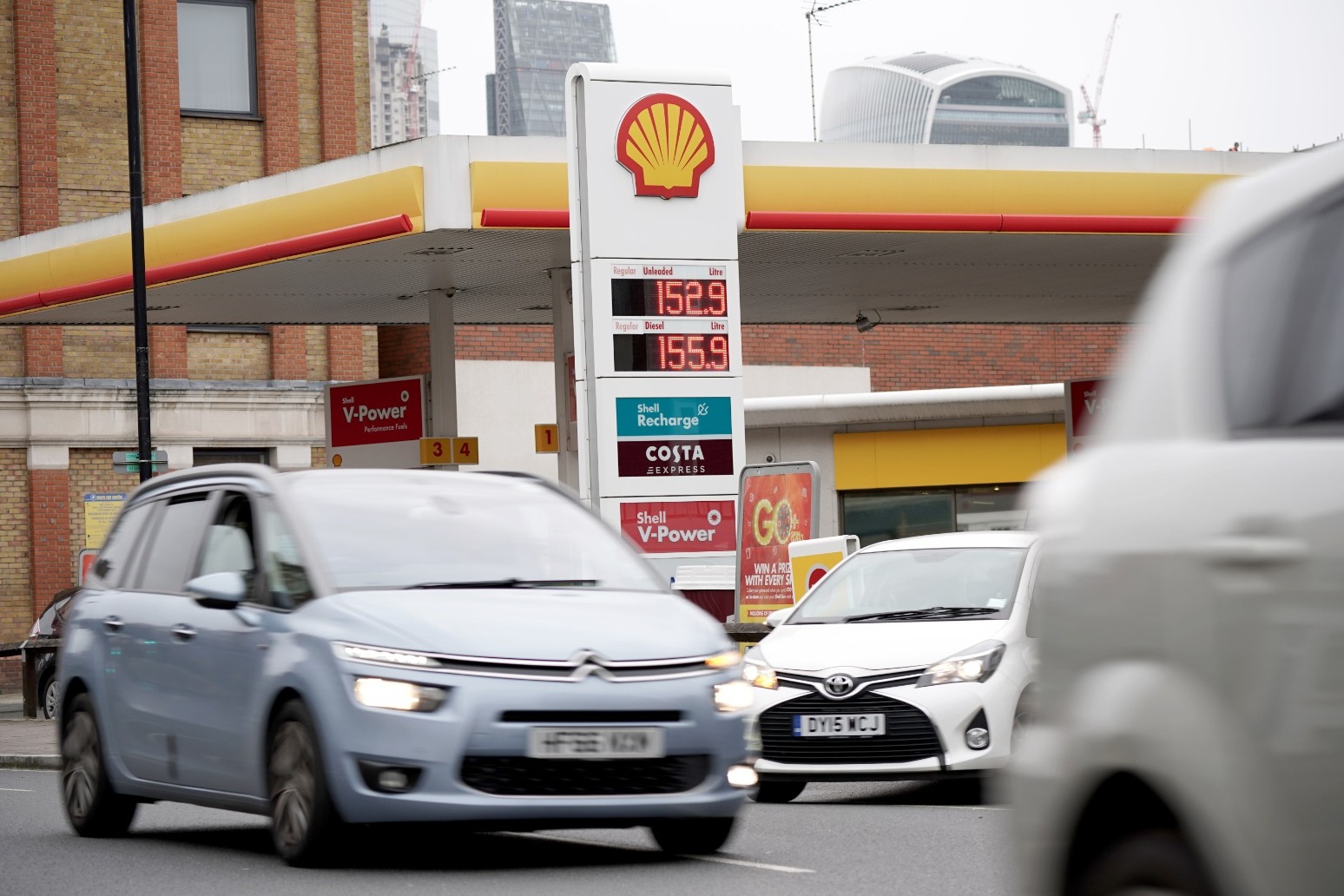 Fuel prices have reached new record levels as the Ukraine crisis affects the price of oil.

The RAC said the average cost of a litre of petrol or diesel at UK forecourts on Tuesday was 149.30p or 152.68p respectively.

It warned drivers to expect petrol prices to hit the “grim milestone” of 150p per litre in the coming days as retailers pass on rising wholesale costs.

The price of Brent crude oil hit a seven-year high of 99 US dollars on Tuesday due to concerns over the reliability of supplies after Russian troops entered eastern Ukraine.

This has fallen slightly to 96 US dollars, but experts said on Wednesday the price is likely to rise again with the possibility of a full-scale Russian attack on Ukraine being very high.